Releasing at just the right time comes Vivarium, a film involving a suburban nightmare in which a couple is trapped in a housing development with no way to escape for an undetermined period of time. Directed by Lorcan Finnegan, the film kicks off with an intriguing premise but offers a trite, often dull narrative that doesn’t quite stick the landing.

Jesse Eisenberg and Imogen Poots play Tom and Gemma, a young couple looking to take the next step in their lives by purchasing a home and planting some roots. After a strange interaction with a realtor, they’re taken to a new housing development with a sea of prefabricated homes, all designed and manicured the same, one indistinguishable from the next. 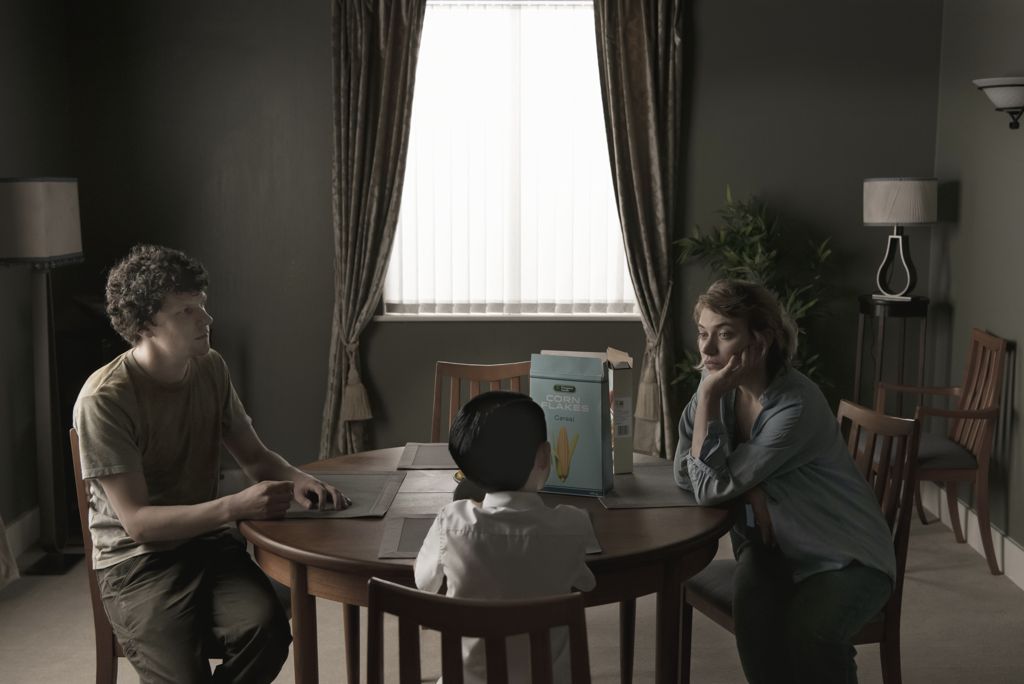 Not impressed with what they’re seeing, the couple decides to leave but find the realtor gone and — despite trying to leave —  they seem to end up back at the same house no matter how far or in which direction they drive. After a few days of trying to find a way out, a mysterious box shows up on their stoop that contains a baby, and things get significantly more odd from here.

The film opens with an explanation of cuckoo birds and how they trick other birds into raising their young — an obvious metaphor for what we’re about to see in Vivarium. But this overt comparison also reveals the thinly veiled themes of domesticity and the pursuit of the American dream: our programmed need to get married, buy a home and settle down — a concept that I suppose is scary for some young people but one that I never quite understood.

As Tom and Gemma are forced to raise this child, stuck in this sunny purgatory of cul de sacs and picket fences, tensions begin to rise and madness ensues. Eisenberg’s Tom is not necessarily a likable character from the onset, and his gradual insanity becomes more grating as the film progresses. After the pace takes a nosedive in the second act, we’re only left with his rapidly deteriorating mental state, which proves far less entertaining than the mystery of why the couple is there in the first place. 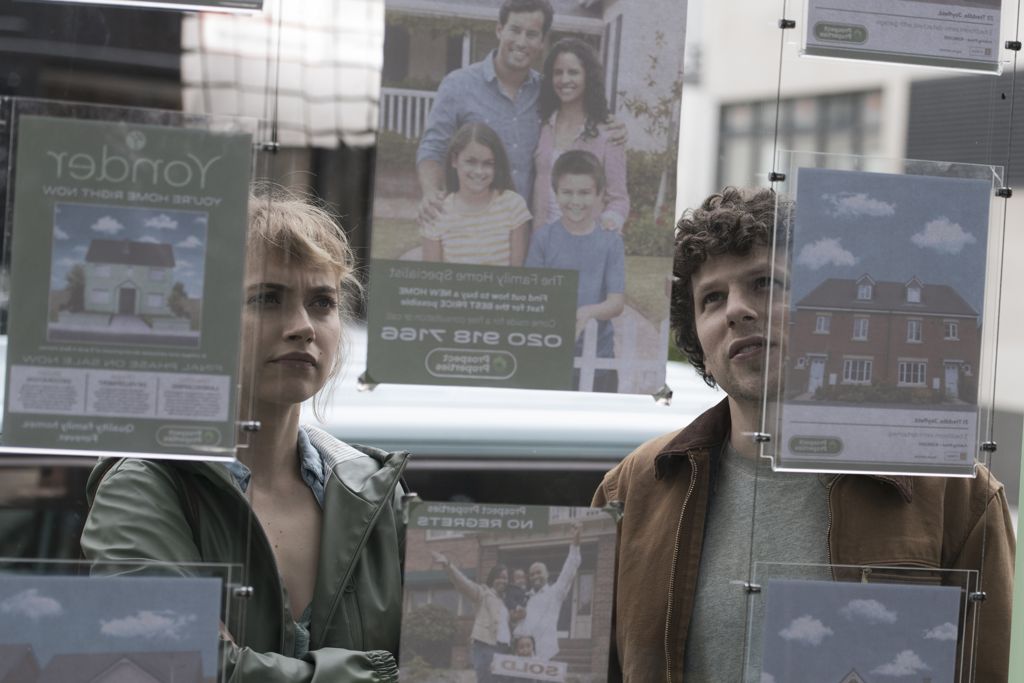 Like so many other genre films that introduce a compelling hook early on, it’s difficult to expand and resolve it in a manner that lives up to the wild speculations viewers imagine from early on, and that’s certainly the case with Vivarium. There’s just not much here beyond the great setup, and it feels like this story would be better suited for an episode of The Twilight Zone rather than stretched out into a feature-length film.

Poots and Eisenberg are great here, however, reuniting after last year’s equally odd The Art of Self Defense. Both are effortlessly able to bring the dark humor to life, and despite the thin plot, they inject an ample amount of personality into the film, making it an ultimately memorable experience despite the moments of banality.

Although Finnegan couldn’t have been thinking of something like COVID-19 when developing Vivarium, it takes on a whole new meaning given the current state of the world we’re currently experiencing, but I’d like to think we can all persevere before succumbing to the madness of isolation and boredom, ironically by perhaps watching movies like this one. Stay safe, everyone.