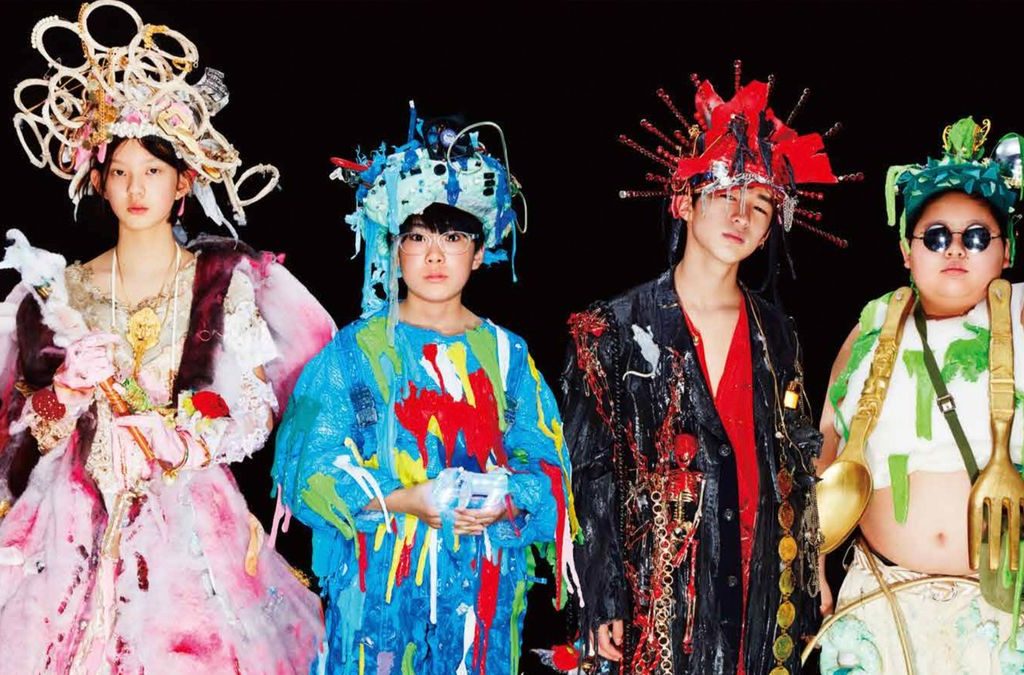 There is no “right way” to compartmentalize and work through one’s trauma and grief, but the therapeutic spectrum is flexible enough to accommodate more audacious methods. For the emotionless and downcast pre-teens of We Are Little Zombies, whose simultaneous tragedies leave them orphaned and untethered from responsibility (and, in their minds, from the living as well), starting a chiptune, punk-influenced, emo band seems like as good a remedy as any.

This is the premise of music-video director Makoto Nagahisa’s feature-length debut — a freewheeling masterclass in visual anarchy that  oozes style and experimentation with abandon through each pixel-saturated non sequitur. Yet unlike others of his ilk, who make the spotty transition from music videos to narrative features, Nagahisa’s harmonious blending of his style to his substance makes for an inventive and stimulating tale of undealt-with grief.

Taking hefty inspiration from retro video games for its structure, the film centers around the union of four tweens who bond over the simultaneous losses of their parents due to a litany of tragedies, including auto accidents, housefires, suicide and murder. The stone-faced Hikari, Takemura, Ishi and Ikuko are left with nothing in this world due to extraordinary circumstances and subsequently diagnose themselves as “zombies”— having no prospects and, by all accounts, already dead in the eyes of society.

They spend their days shuffling around for a sense of a purpose after their collective world has been rocked by traumas, presented through vibrant, eye-catching and game-like “levels” through the pixelated aesthetic framing the film. Inevitably their bond leads them to forming a band, the titular Little Zombies, and their aimless drift through their formative years becomes a snowballing stride towards viral fame.

What cannot be stated enough about this film that follows a band of misfits and their meteoric rise through catchy, moody pop-rock is how dynamic director Makoto Nagahisa’s sense of visuals truly is. Assured in its absurd experimentation and willing to throw any visual effect, unorthodox angle or unique edit at a scene to see what sticks, We Are Little Zombies is hyper-active visual candy that wanders into sensory overload when it needs to.

It’s not uncommon for the film to take a psychedelic detour into pixel graphics; for an OKGO-esque, one-take music video to break out; or for the film to entirely derail for the sake of an outlandish visual gag. This kind of presentation has rightfully invited comparisons to Edgar Wright’s similarly video-game-inspired Scott Pilgrim vs. the World, but We Are Little Zombies‘ unbridled playfulness makes Wright’s film seem almost quaint by comparison.

Yet, even through all of its anarchic formal digressions, Nagahisa’s film remains clear in its intent. Even amid the overzealous charm of its style, it never loses sight of its intimate-yet-oblique exploration of its protagonists’ shared trauma.

As our cold, emotionless tykes are drifting freely through society and making ear-wormy jams (including an adorable cover of The Zombies “This Will Be Our Year”), We Are Little Zombies gleefully interrogates their respective tragedies and integrates them into the esoteric nature of its overall vision. It lands somewhat on the sobering thought that the litany of traumas they’ve accumulated in their short lives can’t so much be fixed as integrated, but the sense of unity felt between the “Zombies” and their blockade of overactive imagination can carry them through processing their grief.

The enterprising merits of We Are Little Zombies signals Makoto Nagahisa as a talent to watch for contemporary Japanese cinema. A seamless melding of outlandish style with concrete themes and moving execution, backed by an intoxicating kitschy fun, makes We Are Little Zombies something that needs to be seen to be believed. It’s meta, irreverent, absurd, surreal and touching all in one.

One Response to “WE ARE LITTLE ZOMBIES Review”