Roadside Attractions released the trailer for the coming of age drama Words on Bathroom Walls, directed by Thor Freudenthal and based on the novel of the same name by Julia Walton.

The film stars Charlie Plummer as a high school teen who gets diagnosed with schizophrenia and sparks up a relationship with a girl at his new school played by Taylor Russell. The film also stars Andy Garcia, AnnaSophia Robb, Beth Grant, Devon Bostick, Lobo Sebastian, Molly Parker, and Walton Goggins.

Words on Bathroom Walls is slated for theaters this Summer, but no release date has been announced.

WORDS ON BATHROOM WALLS tells the story of Adam (Charlie Plummer), who appears to be your typical young adult – a little unkempt with raging hormones and excited about a future pursuing his dream of becoming a chef. Expelled halfway through his senior year, Adam is diagnosed with a mental illness that he keeps secret at his new school. Living in constant fear of being exposed, Adam finds a soulful, comforting connection in Maya (Taylor Russell), an outspoken and fiercely intelligent girl who inspires him to open his heart and not be defined by his condition. With the love and support of his newfound romance and family, Adam is hopeful for the very first time that he can see the light and triumph over the challenges that lie ahead. The film also stars Andy Garcia, AnnaSophia Robb, Beth Grant, Devon Bostick, Lobo Sebastian, with Molly Parker and Walton Goggins. 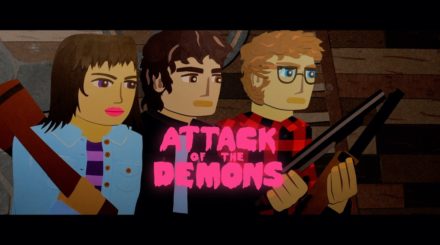 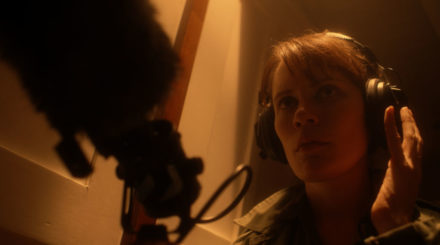 HAUNTING OF THE MARY CELESTE Review