IFC has released the trailer and poster for the upcoming comedy Band Aid, written, directed, produced and starring Zoe Lister-Jones. Lister-Jones and Adam Pally play a married couple who decide to work out their marital issues by forming a band with their neighbor played by Fred Armisen.

Band Aid premiered at this year’s Sundance Film Festival and will open in theaters and on VOF platforms June 2nd.

Band Aid, the refreshingly raw, real, and hilarious feature debut from Zoe Lister-Jones, is the story of a couple, Anna (Zoe Lister-Jones) and Ben (Adam Pally), who can’t stop fighting. Advised by their therapist to try and work through their grief unconventionally, they are reminded of their shared love of music. In a last-ditch effort to save their marriage, they decide to turn all their fights into song, and with the help of their neighbor Dave (Fred Armisen), they start a band. A story of love, loss, and rock and roll, Band Aid is a witty and perceptive view of modern love, with some seriously catchy pop hooks to boot. 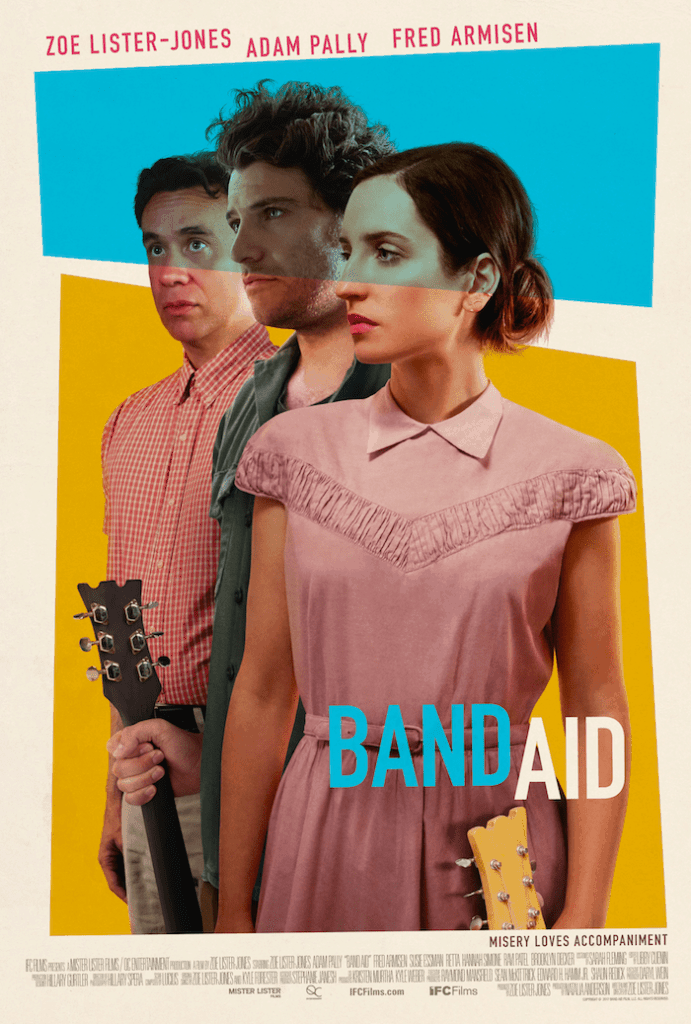