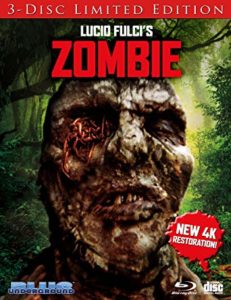 This product was provided by Blue Underground for the purpose of this review. All opinions are our own, score is based on the overall product, not the film itself.

It’s been nearly 40 years since Lucio Fulci’s Zombie hit the big screen on U.S. soil, and it remains one of the best zombie films ever, in a genre that has become somewhat stagnant over recent years due to complete saturation in TV, film and video games. Chock-full of bonkers moments that instantly cement the film in one’s brain forever, it’s a sleazy gem that’s not to be missed, and now there’s a new restoration for us to sink our teeth into.

Zombie is a devious blend of Romero’s contemporary zombie tale, releasing shortly after the seminal Dawn of the Dead, and the classic voodoo zombies of films like White Zombie that’s encapsulated in Fulci’s own brand of horror, one that’s certainly not meant for the squeamish.

The film begins with the Coast Guard discovering a seemingly abandoned boat in the Atlantic off the coast of New York City, only to find a flesh-eating ghoul on board who kills one of the officers. The owner of the vessel is missing, and his daughter, along with an intrepid reporter, set off for the tropical island where he was last seen. Too bad for them, the island is overrun with the undead.

There are two main sequences Zombie is known for, the first being a set piece involving a zombie fighting a shark in the first act. Though seemingly inconsequential to the narrative and inserted just because it’s insane and Fulci decided he wanted to do it, this scene, in which an actual diver is dressed as a zombie and tangles with an actual shark is exactly the type of over-the-top madness that a movie like this needs.

The second sequence is dubbed “the splinter scene;” I won’t go into detail about it for those not familiar, but it’s an incredibly tense moment and one that got the film heavily censored in many countries. It’s shocking, suspenseful, masterfully shot and not something you’ll forget anytime soon. 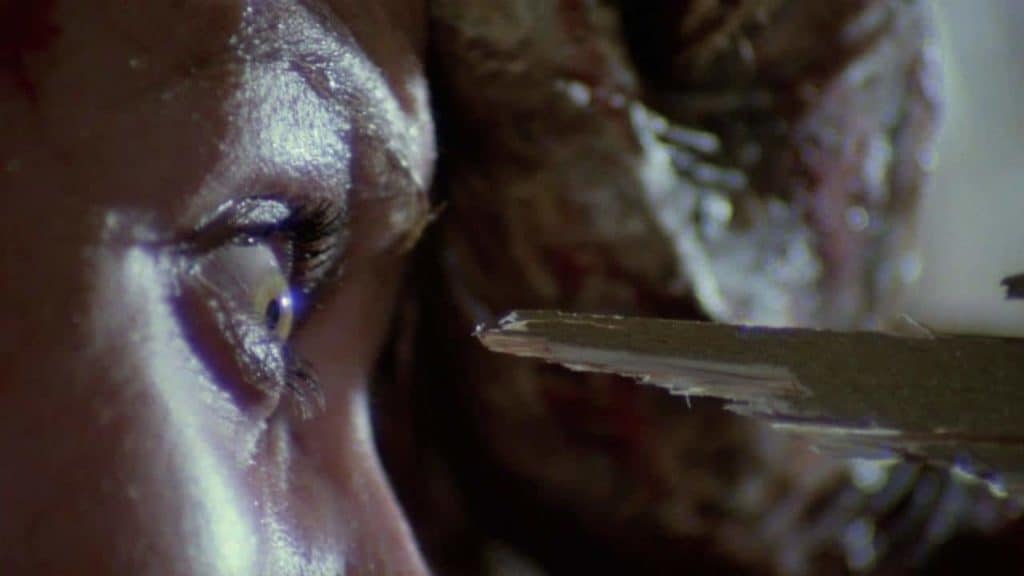 Where many directors of this time period opted for a more psychological approach to moments of violence, cutting away from the most gory moments and allowing the audience to fill in the blanks in their minds, Fulci did the exact opposite in Zombie. Rather than cut away, he zoomed in, making sure the viewer could see every bit of brain matter and viscera. Aided by the top-notch makeup effects, this is a movie that says, “sometimes more is more.”

Blue Underground has released a new three-disc Blu-ray for the film’s 40th anniversary, which features a 4K restoration from the original, uncut camera negatives. The transfer looks fantastic with nary a scratch or piece of dust to be seen. The menus on the discs are also well done and easy to navigate, a small thing I know, but it’s always disappointing to see a quality Blu-ray release with a cheap-looking menu. 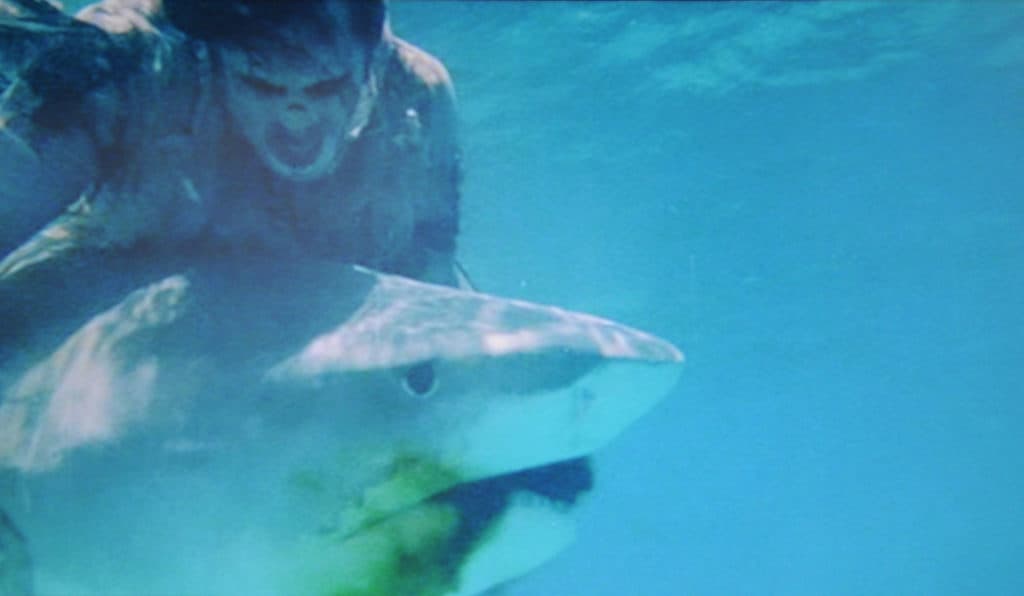 The first disc contains the movie, two commentary tracks, a 33-minute featurette, trailers, TV spots, radio spots and an image gallery. The second disc is packed full of interviews from the cast and crew, along with an interview with director Guillermo del Toro, who loves this movie. The third disc is actually an audio CD of the original motion picture soundtrack composed by Fabio Frizzi.

There’s a reversible cover and a booklet included as well, further making this the best version of Zombie to date and a highly recommended purchase for horror fans. Blue Underground states that this is a limited edition too, so it may not be around for long.