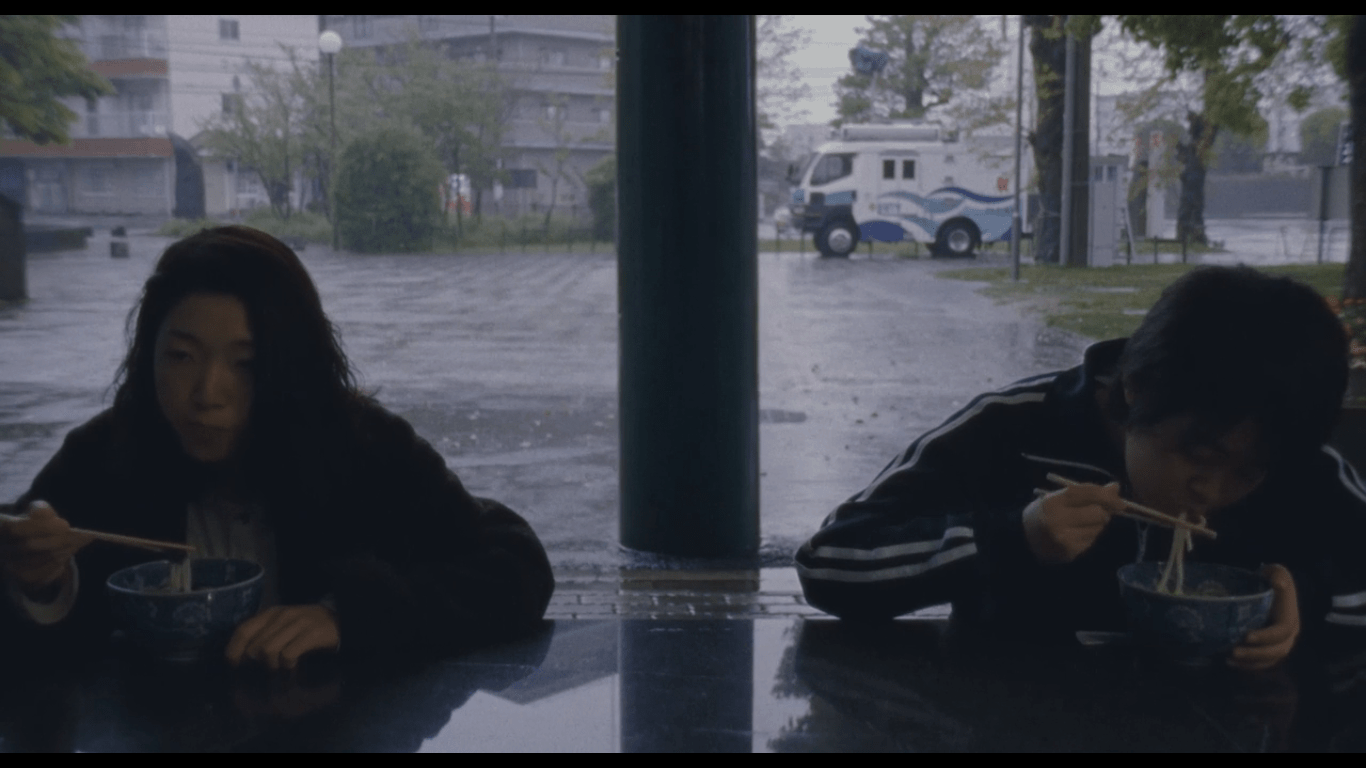 A miscellany of genres presented with a potpourri of visual stylings, Momoko Andô’s 0.5mm emulsifies screwball comedy and affecting drama into one epic emotional traversing across generational divides. Entrance into the lives of these pensioners is reluctantly granted through stereotypes and book-cover judgments then coaxed via blackmail into living arraignments that, in turn, give way to complex character portraits of lonely men in the diminuendo of life, cast aside from society and left to wilt away in their homes.

The visual presentation of these eclectic moments range from static frames, artfully-composed, to point-of-view surveillance and even sentient, free-form inquisitions of the camera; all carefully controlled and executed by cinematographer Takahiro Haibara, ensuring that the visuals never develop into a monotonous slideshow of person-to-person interactions, varying the actions with a mix of handheld and stationary, using the former to break free from the latter while injecting a youthful vitality to the otherwise contemplative stasis stretches. 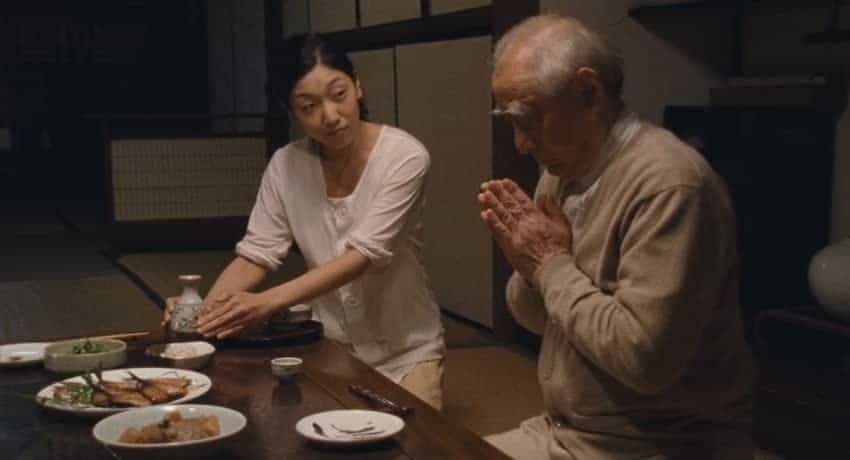 The exploits of our house-guest extortionist are broken up into episodes of differing lengths which works wonders on the film’s three-hour-plus runtime; segmenting her experiences into easily digestible capsules, while providing a through-line between and across all five sections, the weight of the film’s length is almost imperceptible. Considering the depth exhibited within the characters and the thorough explorations of the film’s themes, 196 minutes appears to be the exact amount of minutes needed in order to properly examine the differences between generations while mining for empathy.

One of the film’s more important through-lines happens to be Sakura Andô (who is also the director’s sister) as Sawa, the home-care specialist left without a job or a place to live after a moonlighting gig ends with a suicide and a burnt-down house. It is a performance of immense range, equal parts take-no-shit attitude and genuine warmth and kindness; a balance of physical comedy and subtle movement, Andô’s Sawa is the driving force behind a majority of the film’s humor and poignancy, a catalyst through coercion and compassion. 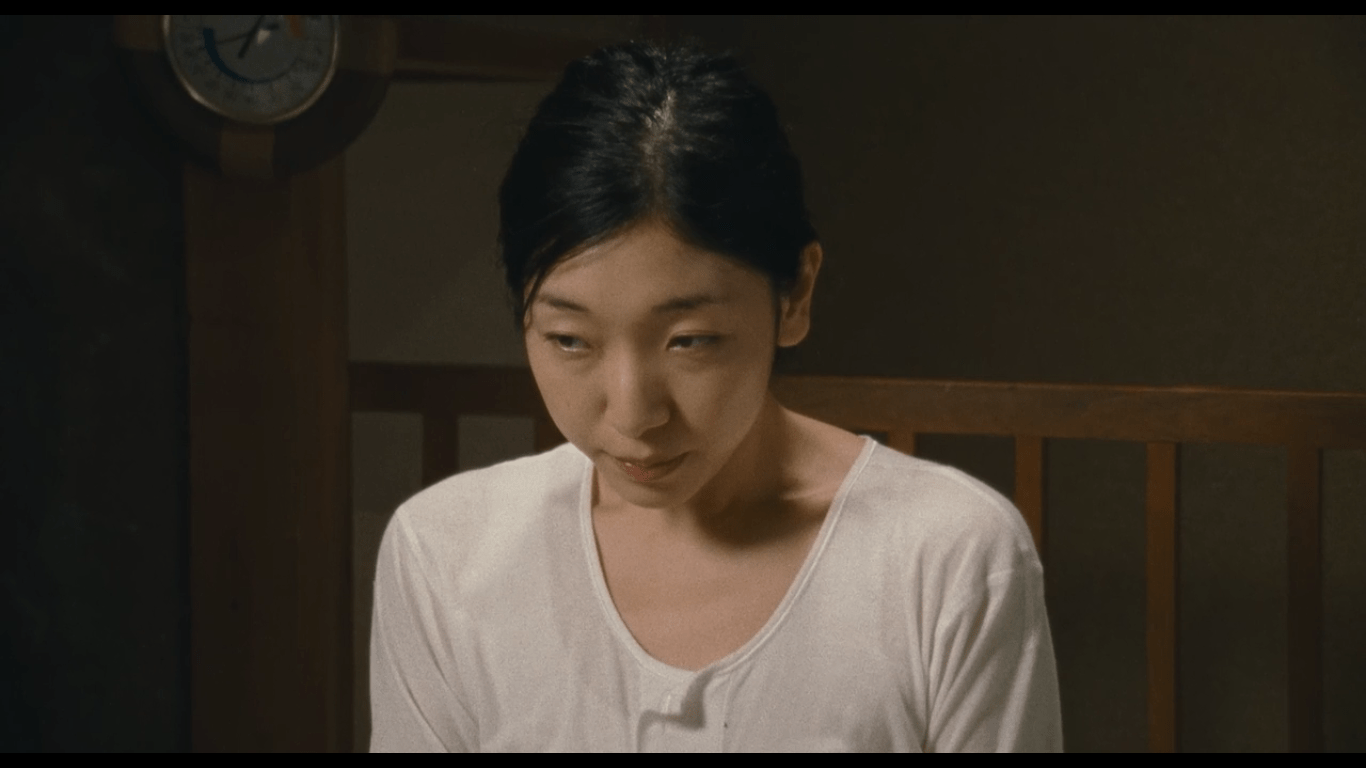 Sure, her motivations and intentions are somewhat dubious in the sense that they are rooted in self-preservation, accomplishing just that through the dangling of an elderly man’s reputation over a fire of indictment and embarrassment. Yet, those circumstances act as the gateway into the intimate proceedings of their home lives allowing for an acquiescence of assessment as Sawa’s unrelenting domestic efforts soften the shells of these men letting free their once-private emotional states.

Perhaps that is the benefit of a 3+ hour runtime; it affords Andô sufficient space in order for her an/protagonist to grow and develop, same for the supporting cast, with ample opportunities to add layers to the personalities constructing complex characters; ones with rich personal histories that aid in the empathetic framings. It is remarkable how Andô is able to introduce and establish some of these men as vindictive because of their bitterness or creepy with their perversions and yet, over time, slowly dilute those initial impressions as two people connect over a generational gulf. 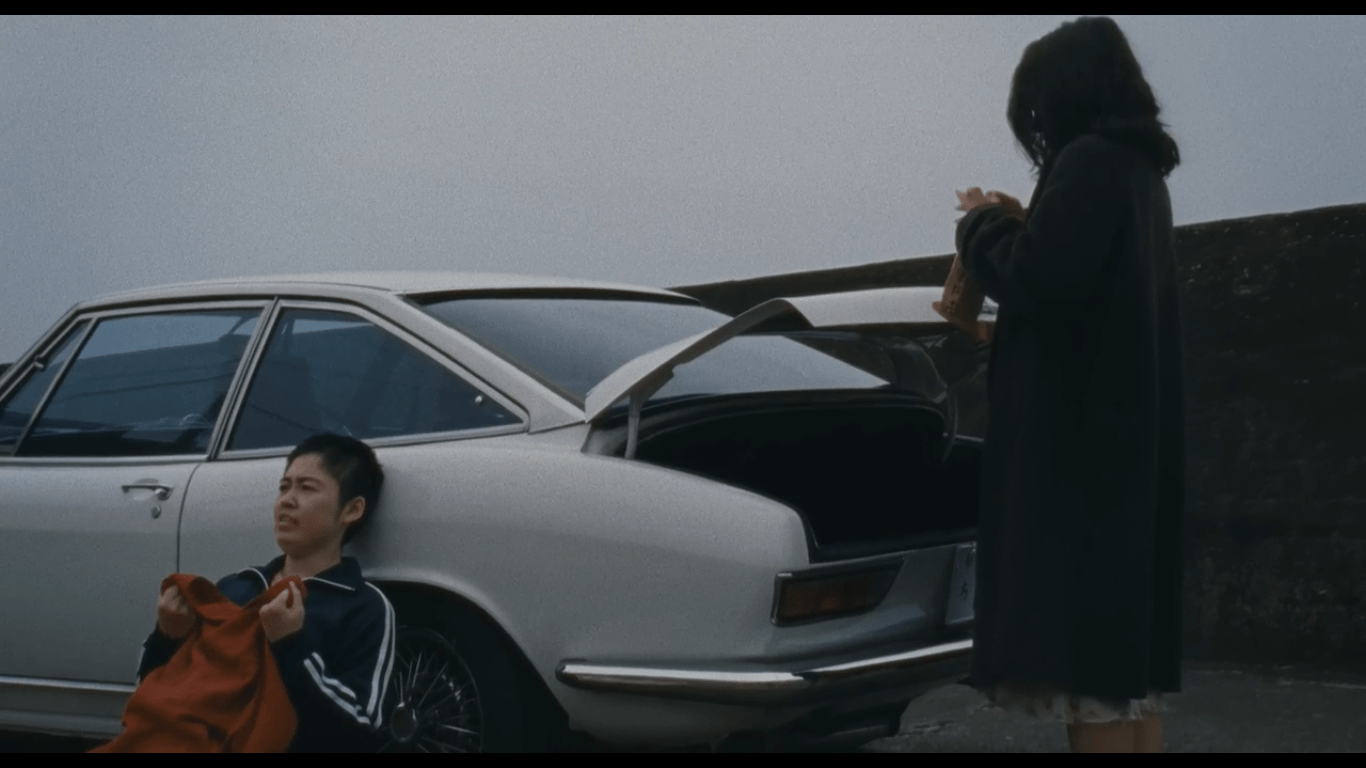 Andô is not, however, overly idealistic to the point of naivete. She realizes that lost causes populate the world. Some men, no matter how well-treated and cared for will remain closed off in a sense, operating from a point of entitlement. These men may not be softened by Sawa’s home-care superpowers and with that comes the realization that perhaps it is time to treat the effects, not the root cause as some temperaments are so ingrained that they remain untreatable.

AVAILABLE OVER AT MUBI.COM FOR A LIMITED TIME