Czechoslovakian born director Juraj Herz resides in the outskirts of the Czech New Wave; Herz was viewed by some of the New Wave directors as inferior, given the fact that he did not attend the Film and TV School of The Academy of Performing Arts in Prague. He worked in the puppetry department alongside old friend and compatriot, Jan Švankmajer.

A survivor of the Holocaust who spent time in the Ravensbrück concentration camp, Juraj Herz has always been able to find humor in the most unlikely of places and The Cremator is no exception. It happens to be a psychological horror comedy of sorts with the main character obsessed with his ever-evolving perversion of liberation through incineration via the Tibetan Book of the Dead. 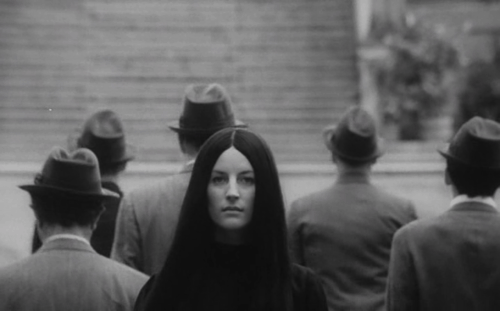 With Czechoslovakia on the verge of occupation in the late 1930s all Karl Kopfrkingl (Rudolf Hrusínský) can think about and talk about is his position at the crematorium, endlessly prattling on about the merits of cremation. He discusses it (although one-sidedly) with his wife Lakmé, his meek son Mili, his daughter Zina, his fellow employees, his guests, his old WWI buddy, even the prostitute he visits monthly. He sees himself as a liberator of souls, restoring the body to dust in order to speed up the reincarnation process.

All it takes is 75 minutes in the incinerator and the soul is emancipated in the ether, free to locate a new vessel. 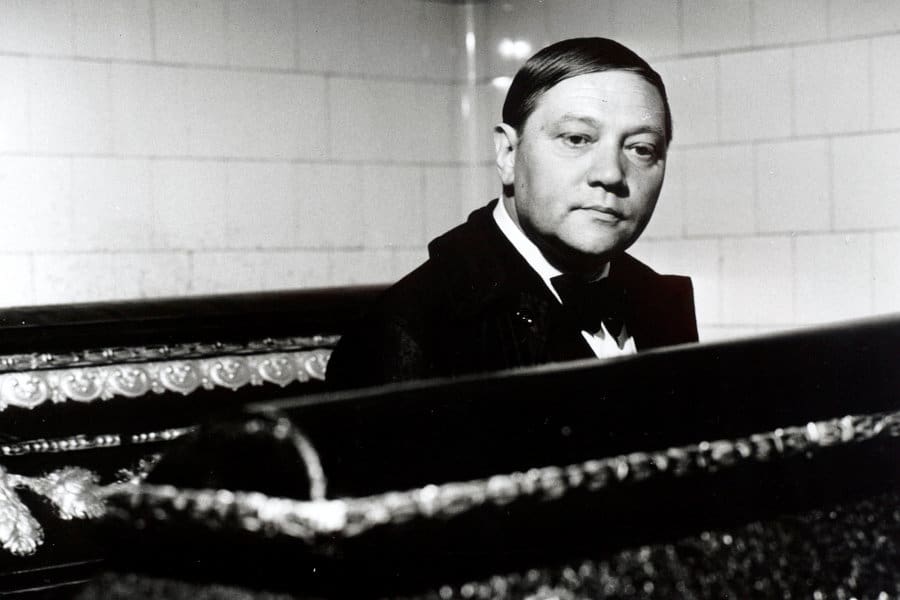 His old WWI compatriot, Walter Reinke (Ilja Prachař), plants the seed that Kopfrkingl’s blood is German blood, not Czechoslovakian and that he should embrace his German heritage. Reinke tasks Kopfrkingl with the assignment of infiltrating a Jewish celebration in order to help the Jewish people; “the poor hapless Jews who understand nothing” as Reinke puts it and seals the deal with the assurance that if he joins the Nazi party he will be privy to a bevy of lovely blonde escorts.

I’ve mentioned a number of characters that reside within Herz’s The Cremator, but the film is essentially a one-man show. A monologue delivered by Rudolf Hrusínský’s Kopfrkingl set inside a continually shifting world of characters, settings and justifications – all of which are in Kopfrkingl’s complete control.

Rudolf Hrusínský’s performance appears to be the natural progression of Anthony Perkins’s turn as Norman Bates; while Norman Bates was a character of weak disposition who finally succumbs to his illness, Kopfrkingl is the opposite. He fully embraces his burgeoning delusions of grandeur while always in a state of constant self-justification. Think of Rudolf Hrusínský’s Kopfrkingl as the cultured, petit bourgeois version of Anthony Perkins’s Norman Bates; he showcases the same sinister affability as Perkins, but with a strong current of cordial creepiness to his incessant musings amid his social entertainings. 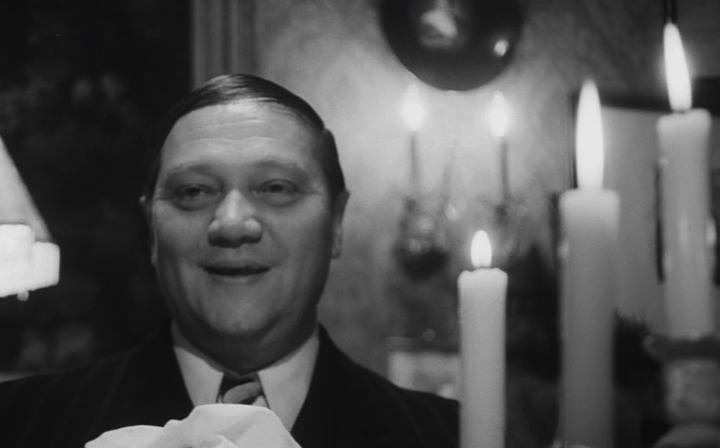 Hrusínský imbues his character with a number of idiosyncrasies, brilliantly manufacturing a character all is own from incessantly combing, not only, his hair but the hair of others (living or deceased) or his touchy-feely propensity for the nape of people’s necks. All of the mannerisms Hrunsinsky incorporates into his Kopfrkingl character quickly become vital to the film and its story with that added layer of nuance. Rudolf Hrusínský’s portrayal of cremator Kopfrkingl might happen to be the greatest manifestation of delusional evil on film.

Kopfrkingl also demonstrates an odd sense of humor on a number of occasions, most notably in a sequence where he and his wife are entertaining a group of neighborhood children. Taking a small respite from his usual cremation dissertation he suggests that Zina play a tune for their guests…perhaps, Mahler’s Songs on the Death of Children or maybe something more playful like Saint-Saëns’ Danse Macabre. His song choices are bizarre given the audience, but they are interesting in another way especially Danse Macabre because of the accompanying poem from Henri Cazalis; more specifically, the last lines – “Oh what a beautiful night for the poor world, Long live death and equality!”  – where the film hints at Kopfrkingl’s growing sense of deranged grandeur.

He quickly becomes entrenched within his personal perversion of the Tibetan ideal of reincarnation through cremation. He sees himself as a liberator of the highest order; he even begins to have hallucinatory visits from himself claiming him to be the next incarnation of the Dalai Lama. He earnestly views himself as a new liberator of the Jewish people, helping these poor lost souls attain enlightenment and equality through incineration because as he puts it – “There’s no difference in ashes.” 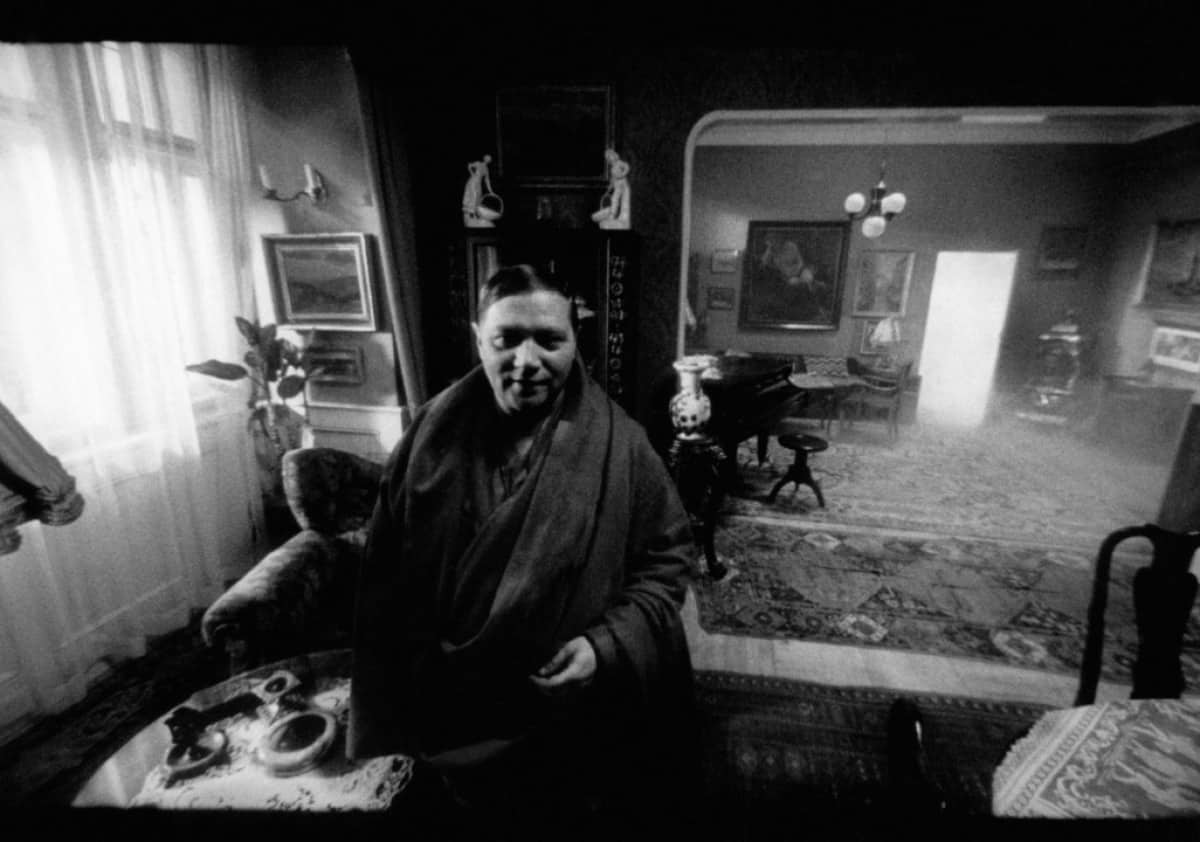 Kopfrkingl’s descent into megalomania is perfectly realized towards the end of the film with his fever dream fervor of a speech framed by the right panel of Bosch’s triptych The Garden of Earthly Delights, symbolizing his (and Nazi Germany’s) ideals as a false paradise. It is in this twisted speech that Kopfrkingl gives birth to the idea of the Final Solution with a more efficient process in which “to unshackle the greatest number of souls for their earthly existence and out into the ether.” 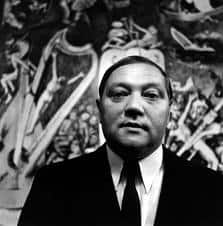 Even though Rudolf Hrusínský is without a doubt the main highlight in Herz’s The Cremator, Stanislav Milota’s warped cinematography is a very close second. His inventive use of fish-eye coupled with the tight, claustrophobic close-ups and reflective camera angles all effectively convey Kopfrkingl’s decaying mind-set. The main highlight of Milota’s camerawork is the collaboration with Herz and editor Jaromír Janácek where they are able to effortlessly morph Kopfrkingl from surrounding to surrounding, sometimes mid-sentence.

Juraj Herz’s The Cremator is a horrific look into the genesis, and subsequent evolution of one man’s descent into megalomania; an absolute masterpiece of slow-burn psychological horror with Rudolf Hrusínský giving one of the finest performances of delusion and pure evil highlighted by Stanislav Milota’s smothering and contorted cinematography.