There happen to be a number, albeit a small number, of films which fall into the category of philosophical literature…film as literature. Only a modest amount of directors have been able to create films so complex, so dense in their meaning and subtext to warrant the acclaim usually reserved for classic literature. Stanley Kubrick, Ingmar Bergman and Andrei Tarkovsky, to name a few…or perhaps the only ones.

Bergman may be the shining example of the philosophical director. Every one of his films is a difficult exercise of a man working through some sort-of existential crisis, filming the process and its outcome to, perhaps, view at a later date and study its poignancy, the solidity of its perceived truth…or amuse one’s self with the folly inherit within one’s reasoning.

Tarkovsky was a student of Bergman, in the truest sense…working through the same existential crises and/or spiritual skepticism that seemed to plague Bergman for all those years, so much so that Tarkovsky felt compelled to make a Bergman-film using all of the Bergman regulars – actor Erland Josephson (Scenes from a Marriage, Autumn Sonata and Fanny and Alexander), art and production designer Anna Asp (Autumn Sonata and Fanny and Alexander),  and cinematographer Sven Nykvist (Persona, The Passion of Anna and Fanny and Alexander). Hell, the film was shot (on-location) in Bergman’s homeland of Sweden, specifically Gotland Island, with the help of Bergman’s son, Daniel. 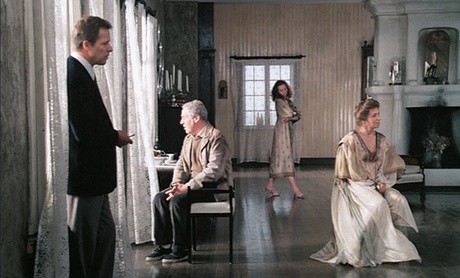 It feels wrong saying this, but Tarkovsky produced the greatest Bergman film in history, as if providing the answers to all of Ingmar’s lifelong questions – all his spiritual pessimism, all his religious doubt and anguish, all the pondering…on film…for all to see. Tarkovsky provides Bergman all the answers with The Sacrifice, using the same ingredients (i.e. cast and crew), just different measurements.

Bergman had the pieces to the puzzle, but was unable to configure said pieces into an explicitly coherent representation of the truth.

One can easily find themselves spiraling into a scholarly k-hole of research of the subtexts and layers contained within The Sacrifice; starting with Leonardo da Vinci’s The Adoration of the Magi to the Carob Tree (aka St. John’s Bread) into John the Apostle…to the Last Supper…to the opening of Gospel of John…to Johann Sebastian Bach’s St. Matthew Passion…Bach’s St. John Passion…to the transfiguration of Jesus…and on and on, forever. However, the narrative of The Sacrifice and its general prevailing meaning is rather simplistic and, of course, artfully postulated. All of man’s reasoning, man’s logic and scientific thought, all of man’s philosophical ruminations and artistic creations, all of these so-called enlightened moments of human history, all these advancements have led to destruction. 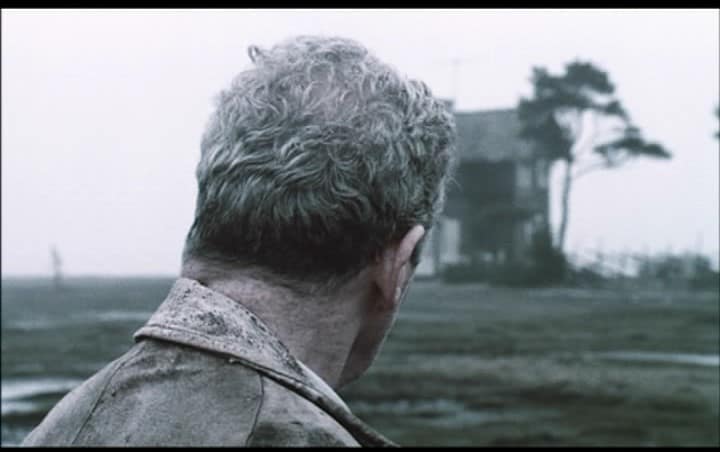 With the threat of World War III looming in the very near-future, Alexander places his full trust in the hands of God, sacrificing himself and all his possessions to spare the life of “Little Man”. Alexander’s desperate plead might be the film’s most powerful and pivotal moment, drenched in that otherworldly black-and-white/sepia color palette that only seems to exist in the realm of Tarkovsky’s cinema while Erland Josephson calmly commands the screen, delivering a subdued monologue cloaked with a quiet intensity. 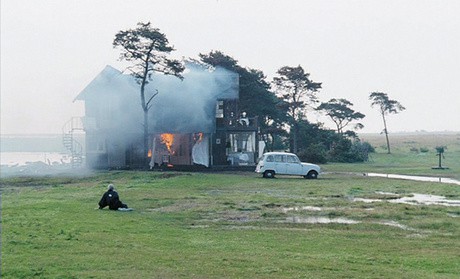 That moment, along with all the others, is gracefully composed featuring an exquisite balance of light and darkness and the serene camerawork of cinematographer Sven Nykvist. The Sacrifice is heavily littered with awe-inspiring, jaw-dropping camerawork set inside sensational set-pieces and magical, visually-arresting compositions. Alexander meandering away from his home in that aforementioned sepia-tinted, nuclear nightmare color scheme, stumbling upon a miniature version of his home residing in the mud puddles on his lawn. Or the dazzling display of visual trickery during Alexander and Otto’s discussion of Leonardo’s The Adoration of the Magi, where Otto (Allan Edwall) slips behind the window unnoticed during his declaration of distrust of Leonardo fogging the window with his overemphasized pronunciation. The flickering faces of friends and family presented with the news of all-out war with no victors and no vanquished. Tarkovsky and Nykvist’s cinematic master class of a film concludes ceremoniously with the grandest of all set-pieces involving Alexander keeping his word while fulfilling his end of his agreement with God – a pyre containing all his worldly possessions. 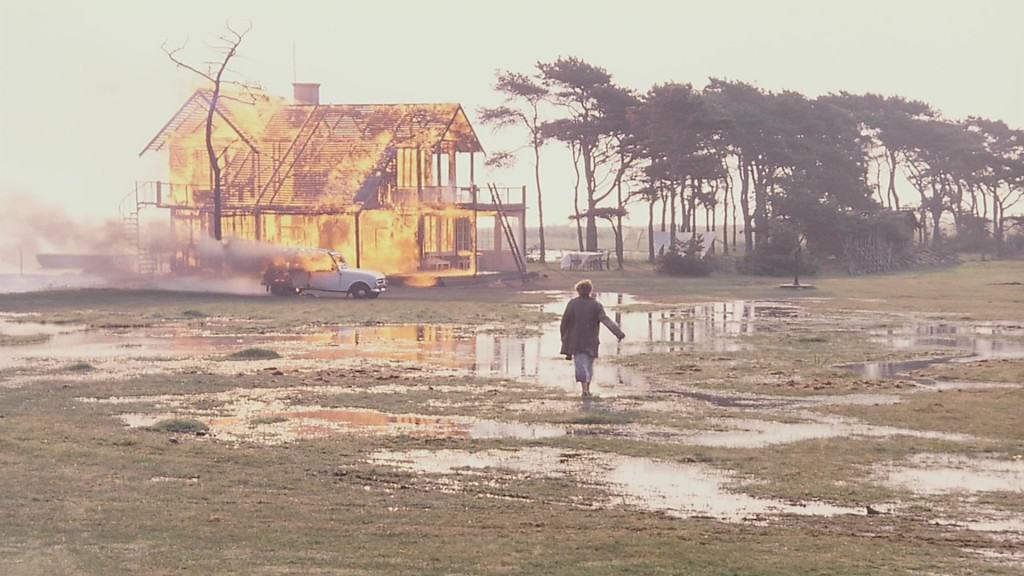 This cleansing flame presents his unwavering faith in God; the integrity of his relationship with God. His prayers were answered and his loved ones were spared, so Alexander is merely fulfilling his end of the deal. However, in the world he lives in (the one we all live in), his resolute faith and subsequent actions are perceived as the conduct of someone unstable emotionally and needs to be removed from society. 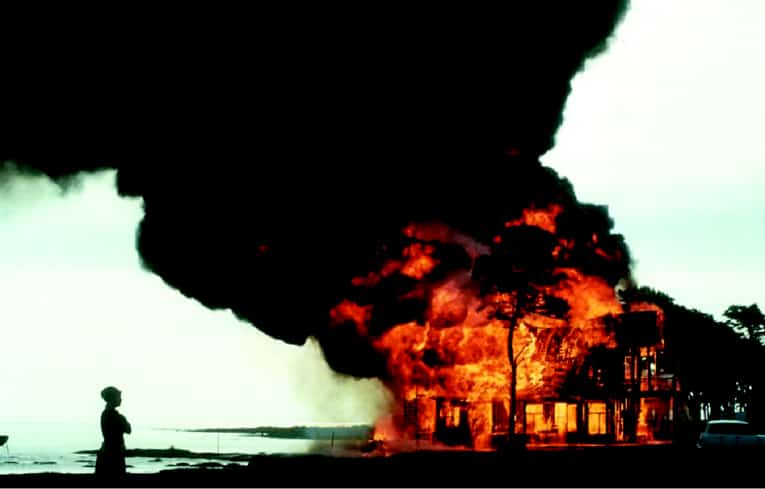 Tarkovsky’s final film seems to be a heartfelt offering to Bergman in a genuine attempt to quell any fears or doubt, religious or otherwise, his beloved and respected colleague spent his entire career to understand. Tarkovsky’s The Sacrifice may be the single greatest piece of cinematic art that doubles as one man’s creation, his offering, to the dialogue of God’s existence.