I have always heard of the great work of John Cassavetes – the fact that he is, arguably, the one of most influential and important figures in the history of American Independent Cinema (‘The Father’, some have said). I knew I needed to see his films, but I never really took the time to seek out his work. That is until my then-girlfriend, now-wife, purchased the John Cassavetes: Five Films boxed set from the Criterion Collection (one in a long list of reasons I wholeheartedly love my wife). Not only did she buy the box set off of eBay, but she got the Chinese version (a knockoff more than likely). Hell, the DVD for Opening Night is spelled Opening Hight. We both knew that the next couple of dates would consist of watching and discussing five of Cassavetes’ films. Honestly, how do you not put a ring on it?

My knowledge of John Cassavetes consisted of the aforementioned statements and his brilliant role in Polanski’s Rosemary’s Baby. Cassavetes was a visionary in the realm of independent film and film in general. Most of his films were self-financed and slightly improvised (regarding the actors and their roles), even some of them being filmed in his own home, as is the case with his 1968 film Faces. A Woman Under the Influence was self-financed by Cassavetes by mortgaging his own house to acquire the appropriate funds. He did, however, gain more financing through Peter Falk, who liked the screenplay so much that he invested $500,000 into the project.

Cassavetes’ directing style was made up of hand-held cinéma vérité camerawork, coupled with natural lighting that focuses on the autheniticty of the characters and their performances. Think of an early incarnation of von Trier and Vinterberg’s Dogme95 (without all the showmanship and bravado) mixed with Neorealism. Not to say Cassavetes didn’t have an ego to go along with his films because he most certainly did. Cassavetes did, at one point, announce “My films are the truth.”

A Woman Under the Influence showed at the San Sebastián Film Festival and the New York Film Festival. The only reason it played in New York was because of a newly critically acclaimed director by the name of Martin Scorsese, who told the New York Film Festival the only way they could show Alice Doesn’t Live Here Anymore was to also include Cassavetes’ A Woman Under the Influence. The film was originally written as play for his real-life wife Gena Rowlands, but she ultimately talked him out of it, stating the script was too exhausting to perform on a daily basis. Upon completion, and not having a distributor, Cassavetes took it upon himself to distribute the film on his own, calling theaters personally and asking them to show the film, even showing up with Peter Falk in tow to discuss it after its screening and answering questions from the audience.

A Woman Under the Influence tells the story of Mabel, a suburban housewife, and her husband Nick. From the start, it’s clear that Mabel is different, that she strays from the expectations society has for middle-aged homemakers. Still, it’s unclear whether Mabel is under the influence of drugs or alcohol, whether she has a mental illness, or whether she is, more subjectively, “under the influence” of society and the restraints it places on people. The film portrays her breakdown and subsequent “recovery” with a delicate hand – never once is it insensitive to the struggles of its characters, nor does anything in the film feel fake or contrived. In addition to Mabel, the film is populated by a number of equally interesting characters, including her husband, Nick, who reacts unpredictably to his wife’s eccentric (and sometimes maddening) behavior. 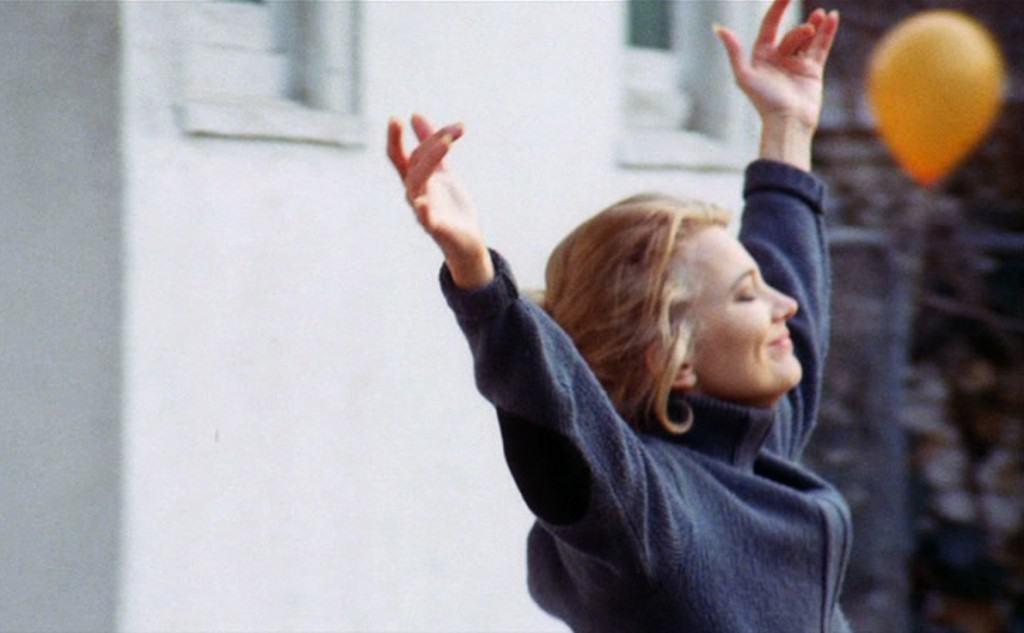 Mabel and Nick are difficult to understand and perhaps even difficult to like. Nick, early in the film, vehemently comes to the defense of his wife when faced with an accusatory judgement from a co-worker. The scene establishes him as a loving husband and a devoted protector of his wife, who others even recognize might be a bit unstable. The character of Nick, however, becomes increasingly more complex throughout the film; given to his own fits of unpredictable behavior – be it random outbursts (both good-natured and abusive) or out-and-out threats of violence, Nick’s existence seems just as unstable as Mabel’s.

Part of what makes A Woman Under the Influence so spectacular is Gena Rowlands‘ performance as Mabel, the titular woman. Ten minutes into the film, it’s easy to see why Rowlands found the role too exhausting for the stage. Rowlands imbues her character with all of the passion and madness she can muster. At times, her performance is difficult to watch – even almost cringe-worthy (in a good way – it must be seen to be understood) – yet throughout the film’s two and a half hours, it is impossible to look away from her. Rowlands portrays every facet of her multi-dimensional character deftly and believably, capturing (and releasing) all of her despair, euphoria, agony, and rage. None of Mabel’s emotions ever come off as forced or trite. Numerous actors have beautifully played similar roles, yet I don’t think anyone has ever come close to the performance of Gena Rowlands in Cassavetes’ masterpiece. I, for the life of me, have been trying to summon a comparable performance from an actress, but continue to come up null.

Peter Falk also turns out a great performance as Mabel’s husband, Nick. Tasked with the difficulty of “managing” Mabel’s outbursts, Nick is a painfully torn character, alternating between an intense love toward and defensiveness of Mabel, and a viscious frustration directed at her and everyone around them. Nick is embarrassed, but one gets the sense he’s less embarrassed of Mabel than for her. He, like everyone else in the film, finds it difficult to understand her, much less to know how to act around her. As Mabel’s outbursts escalate, Nick’s behavior also becomes increasingly erratic. At one point, while a number of his coworkers visit, he demands of Mabel to “sit your ass down” in a scene that’s as uncomfortable as it is unforgettable. While Falk may be known by most for his eccentric role in Columbo, this is arguably his best performance. 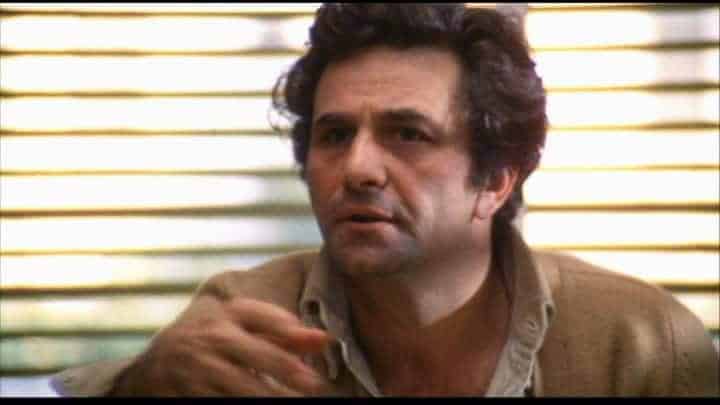 If the performances in A Woman Under the Influence are laudable, the camerawork and cinematography are equally praise-worthy. Few films are as interesting to look at as one of Cassavetes’. While shots are often simple and straight-on, the delicate and subtle panning of the camera creates a dreamlike atmosphere. Some shots are unsettling in a way that’s difficult to describe. As the camera lingers, the viewer feels like a voyeur into the characters’ private lives, and when it moves, it leaves one with a sense of disconnect and vertigo. The camera is used to create feelings of extreme tension. Its placement leaves the viewer feeling uncomfortable, as if the audience is privy to intimate details that are better hidden. Through these techniques, Cassavetes forces the viewer to consider aspects of life and marriage that many may be more comfortable ignoring.

A Woman Under the Influence may be considered a minor film in the history of American cinema, but I would argue that it is, rather, a sadly overlooked film. While many may be familiar with the equally good Who’s Afraid of Virginia Woolf or, more recently, Blue Valentine, A Woman Under the Influence portrays the fragility and agony of a relationship with, I think, far more sympathy and beauty. In the end, this is a film about marriage, though an extreme one. It manages to explore the complexities of a couple’s relationship – the insecurity, frustration, and yes, the joy – without ever coming off as heavy handed. Further, Cassavetes continues to challenge the viewer with questions regarding shame, personal responsibility, conformity, and, even, what it means to be an adult. Given the starkness of the subject matter, Cassavetes always exacts an incredible level of control that keeps everything from running off course. Never does the film lose itself in its despair; somehow, this is a hopeful film, and a relatable one. In the end, many questions are left unanswered, but after viewing such a moving piece of cinema art, it’s almost impossible to know what questions to ask – the thing itself is all that matters.

I could discuss the beauty of A Woman Under the Influence, its complexity, the astounding performances from Rowlands and Falk, the camerawork and even, the perfectly-suited delicate piano pieces from Bo Harwood for days on end. Unfortunately, I don’t think I will ever do the film and its cast and crew the justice it so rightly deserves. If I could recommend one film – it is A Woman Under the Influence. Not only do I think it is one of the five greatest American films ever produced, but it could, quite possibly, be one of the ten greatest films in history of cinema. I know a good amount of what I have said in this piece will be looked at as hyperbole, but I honestly feel there is no film like A Woman Under the Influence. No director like John Cassavetes. Nor is there an actress as captivating and truly gifted as Gena Rowlands.