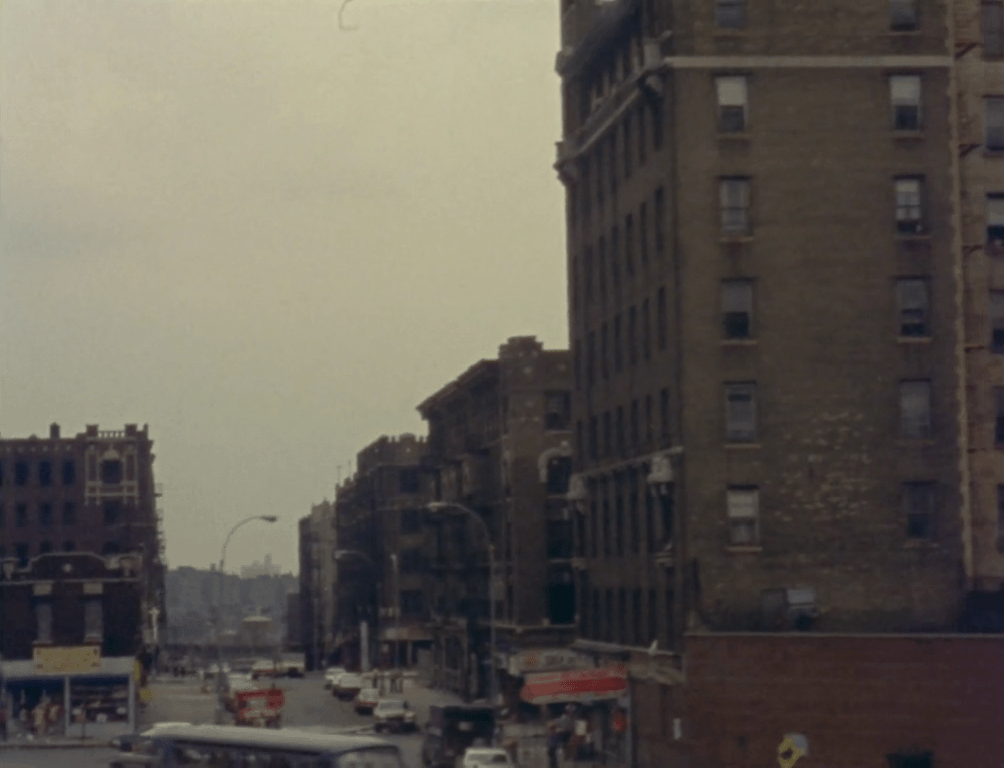 Barren streetscapes, alleyway apertures focused in on the dawning bustle of activity with strangers strolling through indistinct, framed by the flanking brick buildings that conceal the points of departure and arrival, capturing newfound fellow citizens in the intermediate state of coming and going; a transitional status of sorts with Akerman acclimating to the surroundings and rhythms of her new residence, employing a procession of city symphony frames informing and implicating the viewer in the personal, intimate relationship between mother and daughter.

A one-sided exchange of maternal mannerisms delivered via voiceover by Akerman herself, channeling her mother in a calming yet inquisitive voice supplemented by tributaries of worry, delight, pride, anxiety, etc. feeding into the main flow of mundane overviews and updates, queries and concerns. The visual accompaniment to these interpersonal letter readings are a series of stationary frames for a large majority of the film, occasional movement initiated through human or mechanical intervention. 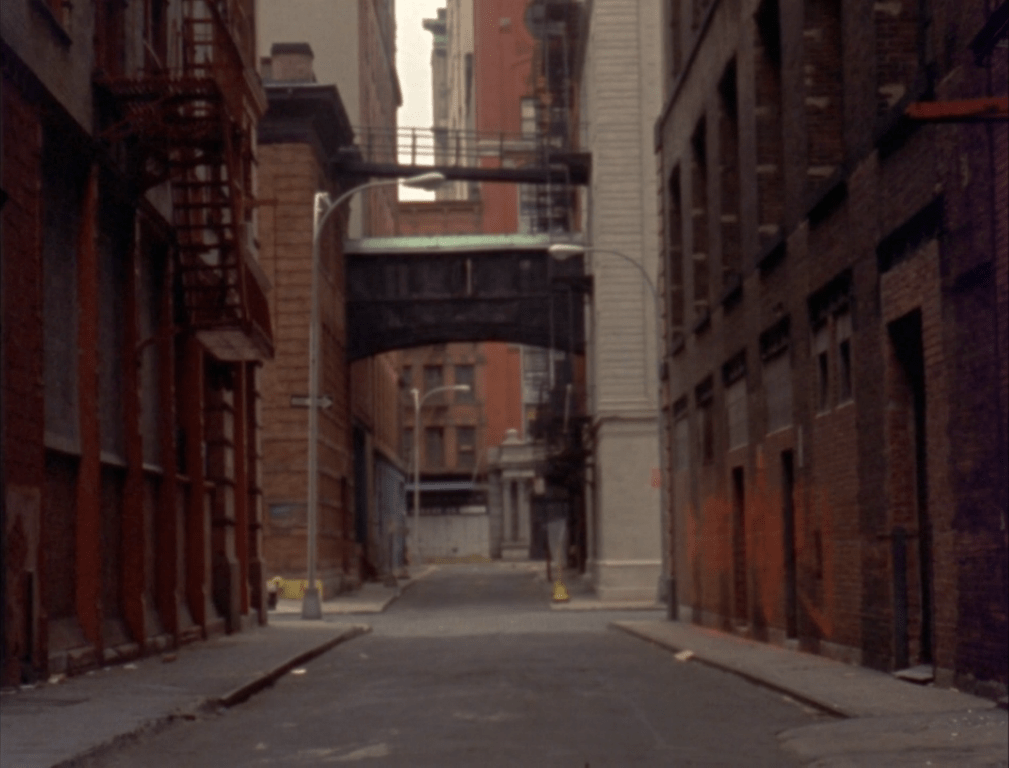 The purview of the visuals consists of Akerman’s new residency, New York City; but, unlike city symphony films of the past wherein the experimental, poetic structure of the images are meant (in most instances) to enlighten the viewer as to the spirit and overall culture of the city itself and its citizens (which is still incidentally captured), Akerman inverts the intentions of these images by employing them as a signifier of her circumstances, the emotional landscape she finds herself in while attempting to carve out a path for herself in a foreign country, away from those she loves.

These city-life sequences, more specifically, can be seen as an arrangement that also attempt to articulate the answers to the questions and concerns broached in the letters from home, constructing a visual cadence out of the various impressions of New York City in order to encapsulate every perceivable nuance of her time there. Appropriating for scale, Akerman even uses the lulls and dawns of activity to communicate the protracted gaps in communique, silences filled in with the aural ambiance of routine, providing as both a distraction from the emotional separation and, perhaps, as an engagement of attention, contemplative stretches to linger on the words and phrases of far off, mulling meanings along with responses. 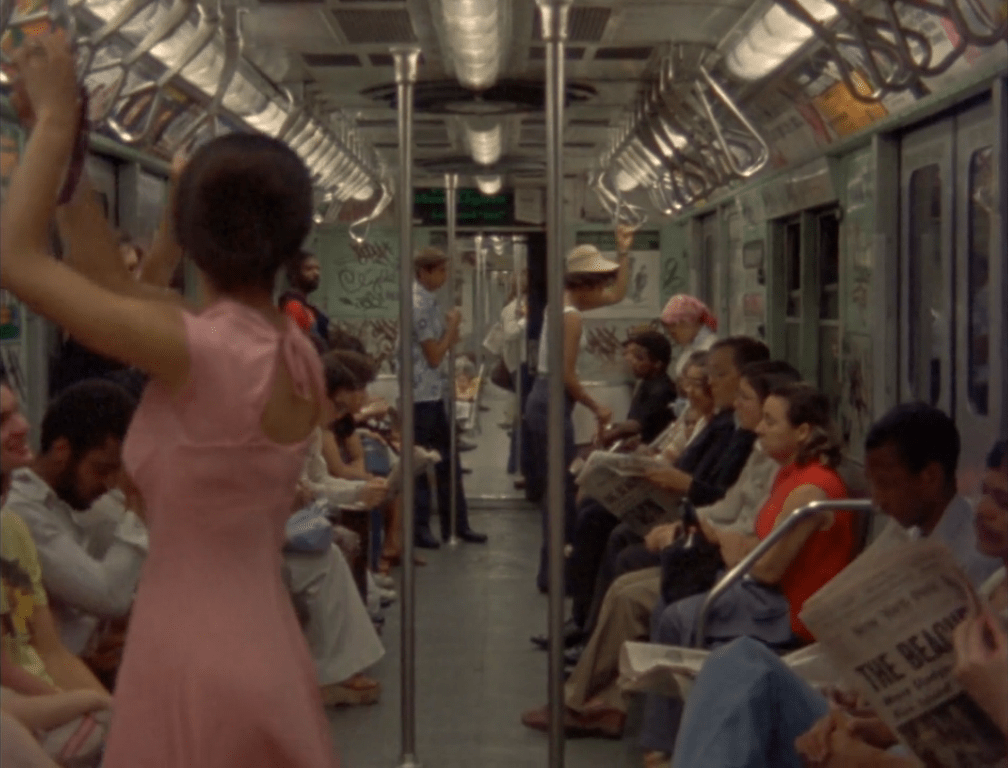 Clamorous auxiliaries in and around the day-to-day paths taken throughout the city occur, and remain intact, periodically acting as disruptions to our connection with the diction of Akerman’s speech, overwhelming the transplanted words of her mother falling from her mouth, the speech remaining a murmur as the subtitles that provide their meaning dissipate under the din of the subway, the metal-on-metal cacophony possibly pointing to life’s incessant ability to divert one’s attention and/or an aural approximation of the could-be stressors surrounding life away from loved ones and being reminded of such through correspondence content; it could also be as simple as leaving some things unsaid, privatizing them to a point.

But then again, in the same sense, the inertia of images suggest a dissociated nature on the side of Akerman, supplanting herself in the physical sense with the viewer in a tandem projection of nature and nurture in an attempt to recreate the sensory circumstances – engaged yet disengaged, concurrently. Akerman fashions the viewer as the intake, all interpretations are left to them (more so than usual). 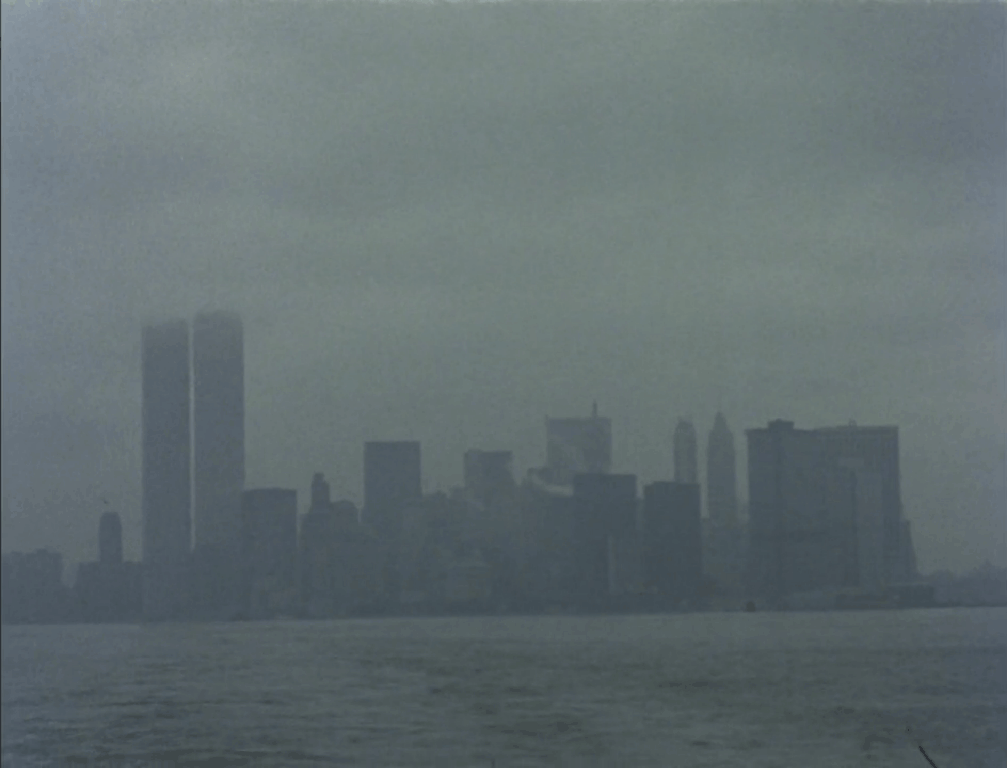 An extended departure sequence affords one last longing glance of the past, reminiscing our time spent within its metropolitan sprawl as fragile ribbons of gossamercloud slowly engulf the upper reaches of the Manhattan skyline allowing the viewer (and, perhaps, even the director) a sustained moment of reflection in order to process the entirety of the preceding series of exchanges before leaving behind their implications; or, it may be representative of a cinematic postcard cast out across the waters in response, a cataloged commemoration of all that has been seen and experienced bookmarked by loving letters along the way with the enveloping clouds a foretelling of the hazy nature of recollection.