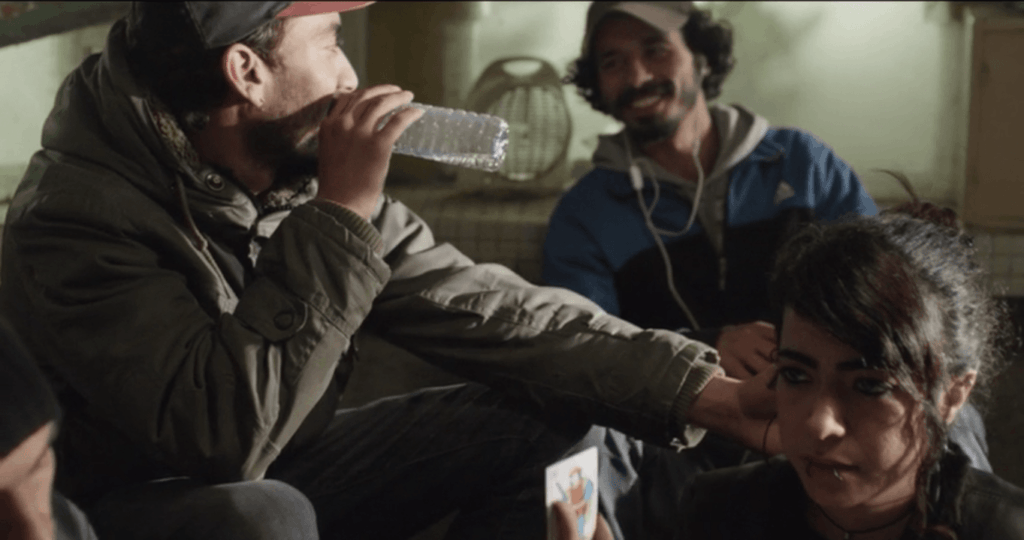 A facsimile of the ephemeral, strategically positioned throughout like a thoughtfully-curated museum installation, drawn-out and frozen in time to allow a perusal of the past as fashionable youths stand statuesque in the remnants of an abandoned amusement park in Casablanca, situated and stationed within the husk in suspended animation, time standing still through a fabrication of poses and postures held for the purposes of perpetuity, vivid recreations of recollected moments gleaned from the digital ether of social media, reclaimed from the pull of anonymity and the threat of obscurity emerging.

In a sense, Randa Maroufi employs a reversal of responsibilities wherein the apparatus in charge of capturing the movement of its subject is re-relegated to the position of providing the movement itself while the film’s subjects remain as motionless as possible. Because of this inversion, and the camera’s languid movements, the overall nature of the film permeates an eerie quality; as if the camera’s spectral-float surveilling is operating within another fold of existence. 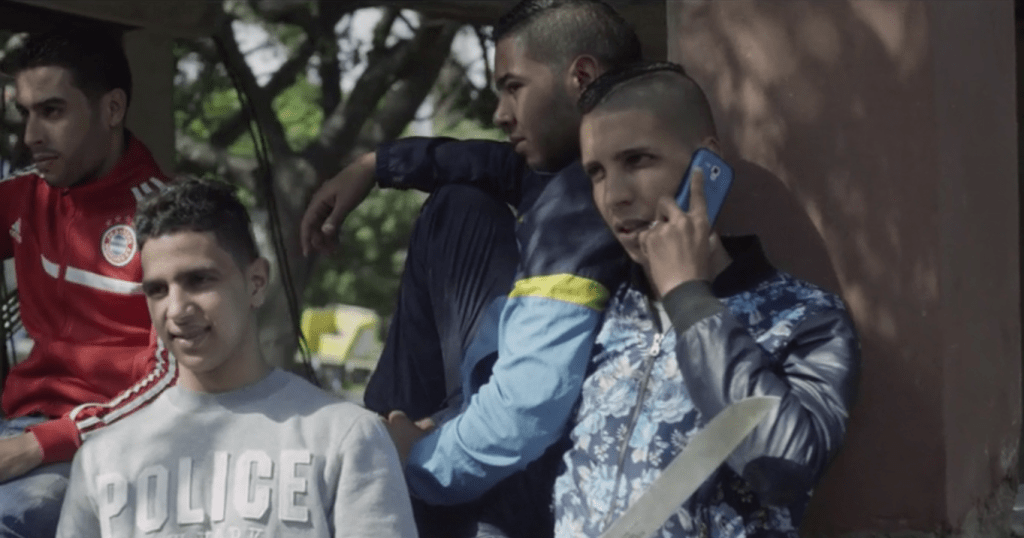 A sequence of tableau vivants plotted out along the route of the camera, but unlike traditional tableau vivants Maroufi does not simply present these configurations from a distance to be admired for the picturesque qualities of their imitations; she opts to capitalize on the three-dimensional aspect of the tableau vivant instead of disregarding it, as the camera not only passes through the staged selections but also thoroughly inspects and surveys the static flesh, encroaching upon and maneuvering between the bodies in close-quarters as if scrutinizing the apparent stillness for signs of life and movement (fleeting moments of which are occasionally captured).

The floating nature of the camera’s movements gives the endeavor the feel of a controlled search, composed on the surface with a twinge of trepidation trembling just beneath as if the potential kinetic energy trapped within these motionless bodies could be seen as an overwhelming outcome if it were to escape all at once; interestingly enough, within the exact same atmosphere there seems to exist an air of elegance. All of these youths, bound within the confines of reassembling the ashes of shared moments, are presented as nothing more than human beings, free from judgment and ripe with possibility. Even the individuals harboring the threat of violence in their machete-laden palms are free from judgment, in a sense, as the extraneous tends to dissipate through the camera’s measured combing. All potential actions, both good and bad, remain non-existent in the stasis as are the circumstances that will inevitably beget those actions.

AVAILABLE FOR A LIMITED TIME at FESTIVALSCOPE.COM