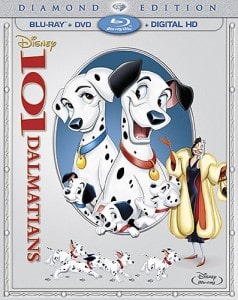 Chock full of special features, the Blu-ray/DVD/Digital HD combo brings the story of Pongo, Perdy, their human pets and the legendary villainess Cruella De Vil to a new generation of family rooms, but this time, viewers have the freedom to watch the transfer from their tablets, smartphones and laptops as well.

Centered around the lives of an English couple, Roger and Anita, and their two spotted canines, the Disney classic – and 11th-highest-grossing movie ever (adjusted for inflation) – tells the tale of a dramatic kidnapping and rescue of 99 puppies, meant to be killed for their fur by De Vil, arguably one of the greatest movie villains of all time.

Maintaining the picture’s original 1.33:1 aspect ratio in the digital transfer, the Disney team kept the integrity of the original animation intact, which is a treat to experience after years of becoming accustomed to computer-generated animation. 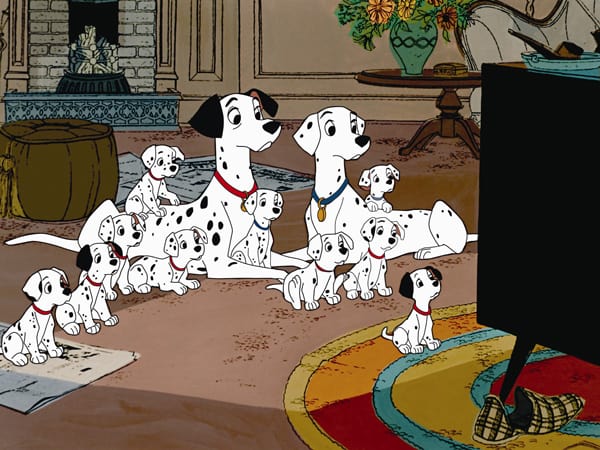 One of the first films to use Xerox technology to photocopy the animators’ drawings – thereby dramatically cutting back on production time and costs – Dalmatians shows off the incredible talents of its artists, who hand drew and colored in the cells, quite a feat when you consider what it takes to keep up with all those spots.

You actually get to meet a few of these animators in a special behind-the-scenes featurette with both modern-day interviews and old, black-and-white monologues, including a few with Walt Disney himself. There’s also a special feature that’s both charming and educational on various breeds of dogs and an animated short depicting a ’60s-era action-adventure TV show.

If you’re a fan of the motion picture – the original, not the 1996 live-action version with Glenn Close – and want to delve deeper into the making-of details, then this is sure to satisfy. It’s also a great addition to the collection of any film buff who’s into learning more about all the painstaking work that went into creating these timeless gems.