There were a number of notable performances, lead and supporting, from this year; some are obvious and will be talked about incessantly for quite some time, especially with Oscar season upon us, but I also wanted to take the time to point out some of the lesser-talked about performances this year.

When it comes to the Lead category everyone will be talking about Leonardo DiCaprio’s high-octane performance in Scorsese’s The Wolf of Wall Street, as they should, it’s just might be his most physical performance to date, definitely the most thoroughly enthralling turn of his career. There will also be deserved praise directed towards Mads Mikkelsen’s agonizing portrayal of a wrongly-accused pedophile in Thomas Vinterberg’s The Hunt, whose life turns into a living hell originating from a little girl’s perceived rejection. Or, perhaps, the year’s best performance which comes from Chiwetel Elijofor in Steve McQueen’s 12 Years a Slave ; the beating via wooden plank scene towards the beginning of the film alone should win Elijofor the Oscar for Best Male Lead.

Yet, there are a multitude of male performances that I feel will, sadly, be overlooked as we survey 2013’s year of cinema which feature a number of strong performances from up-and-coming actors or even a tour de force turn from a first-timer. 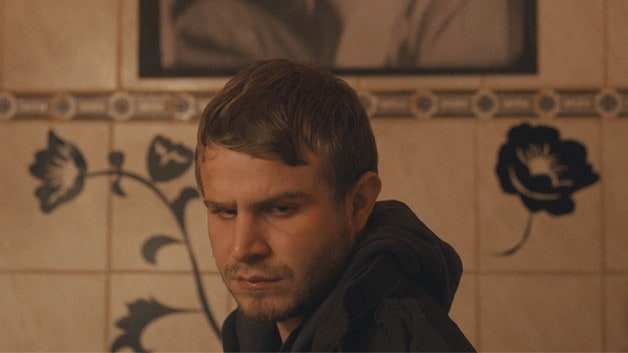 Not only does Corbet deliver a disquieting performance as the titular Simon with his brilliant portrayal of a young man disconnected and disturbed adrift in France using his manipulative prowess to his advantage. Corbet showcases himself more than capable of anchoring a film. 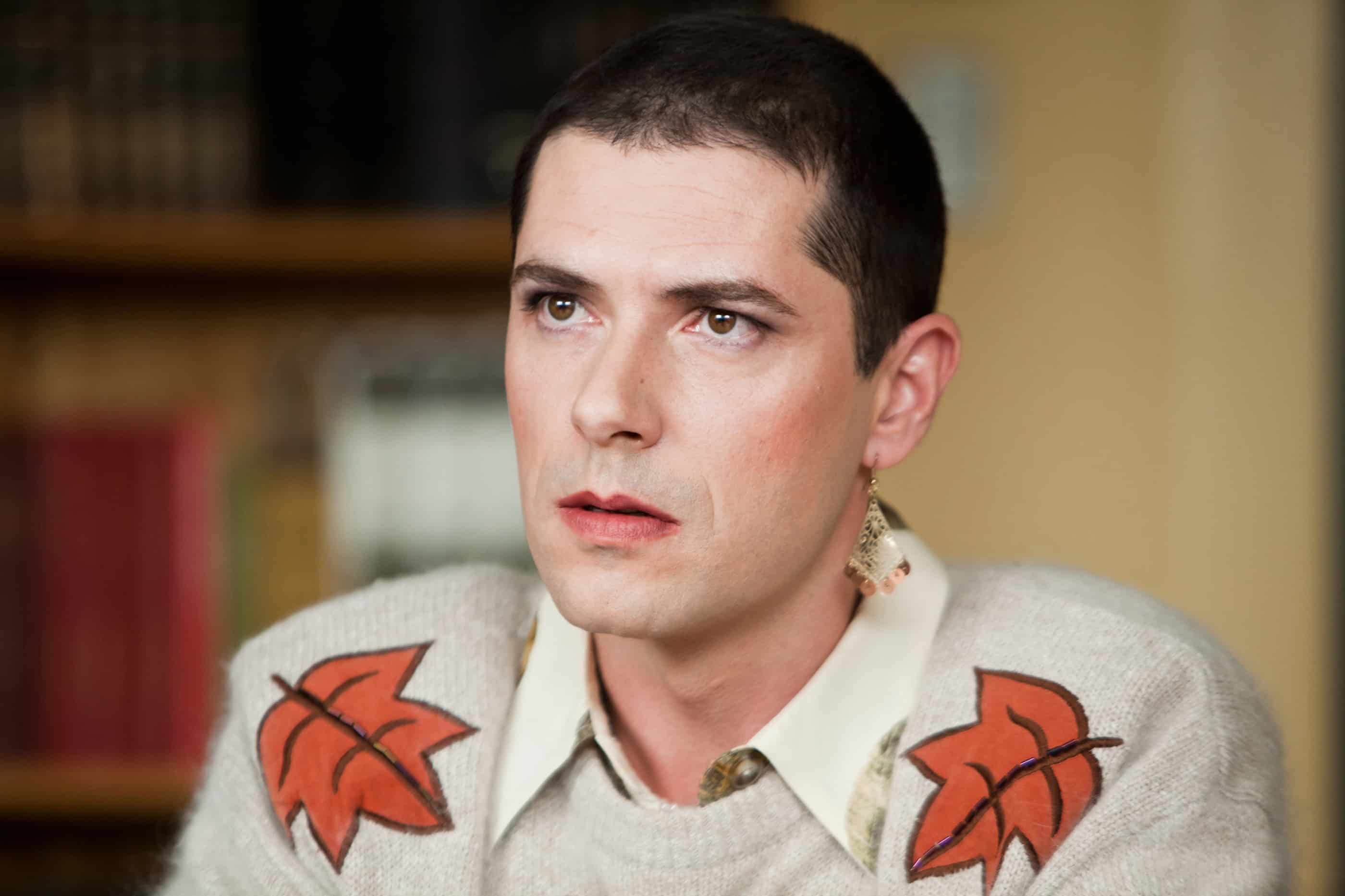 Poupaud perfectly communicates Laurence’s internal struggles and the highs and lows of his relationship with Fred Belair (Suzanne Clement) as well as his rocky relationship with his mother, Julienne (Nathalie Baye). The highlight of his performance comes in the car wash scene, where he interrupts Fred’s coke-fueled ramblings amid the blaring classical music and claustrophobic interior and reveals his need to be a woman. 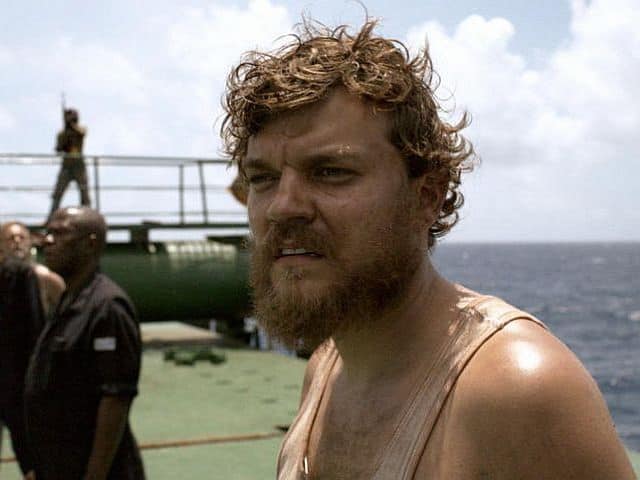 Asbaek deft handles being put through the emotional ringer in Lindholm’s expertly crafted hostage drama A Hijacking. Asbaek effectively conveys the emotional hardships as Mikkel, the cook aboard the Somali pirate commandeered vessel, who wants nothing more in the world than to see his wife and daughter. He’s slowly and methodically broken down over the course of the film and left emotionally devastated and guilt-ridden, blaming himself for the fate of one of his shipmates. 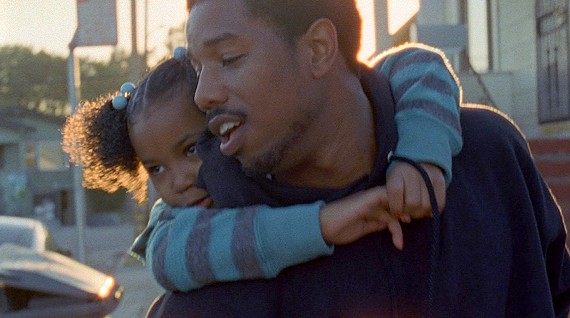 Jordan does an admirable job bringing life to Oscar Grant’s final day within the flaw-populated film from Coogler. Yet, he displays an infectious humane quality through the boundless chemistry he shares with every character in the film, most notably, Ariana Neal who plays his daughter Tatiana. 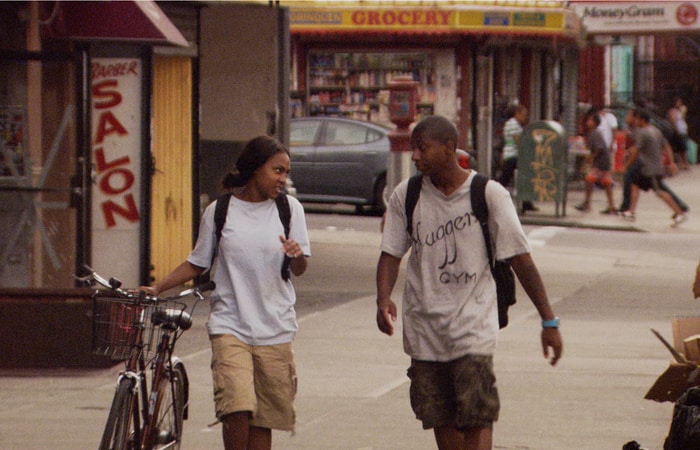 Much like Jordan, Ty Hickson delivers a fantastically youthful performance through his charisma and his natural chemistry with Tashiana Washington in the summertime NYC-set film full of enthusiastic graffiti exuberance; Hickson and Washington create something special in this film. 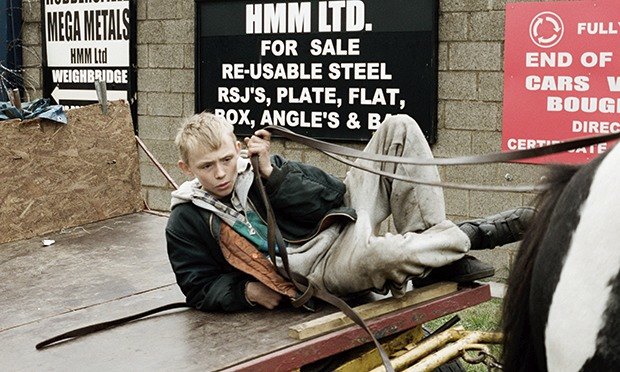 First-timer Conner Chapman is unleashed unto the screen in Barnard’s miserable twist of Oscar Wilde’s fable. He’s a foul-mouthed, crafty, rambunctious ball of energy, like a teenaged tornado of aggression and rage, doling out profanity like Chinese restaurant menus. He’s a force of nature. 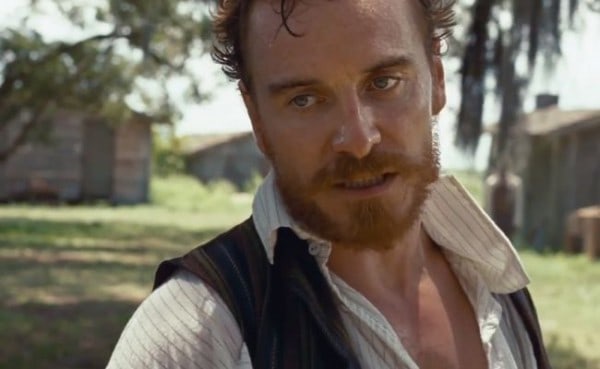 Now when it comes to supporting roles there are going to be most likely three names on the tip of everyone’s tongues; Michael Fassbender’s turn as a drunken, conflicted, slave-owning man of evil in McQueen’s 12 Years a Slave, Matthew McConaughney’s mystical southerner Mud or even his short appearance in Scorsese’s The Wolf of Wall Street, and speaking of The Wolf of Wall Street, Jonah Hill will probably be a name being tossed around come award season for his humorous, back-stabbing Donnie Azoff, who is prone to public masturbation and demonstrates a love and knowledge of Quaaludes. But, much like the leads, there’s a handful of supporting performances that might get lost in the mix. 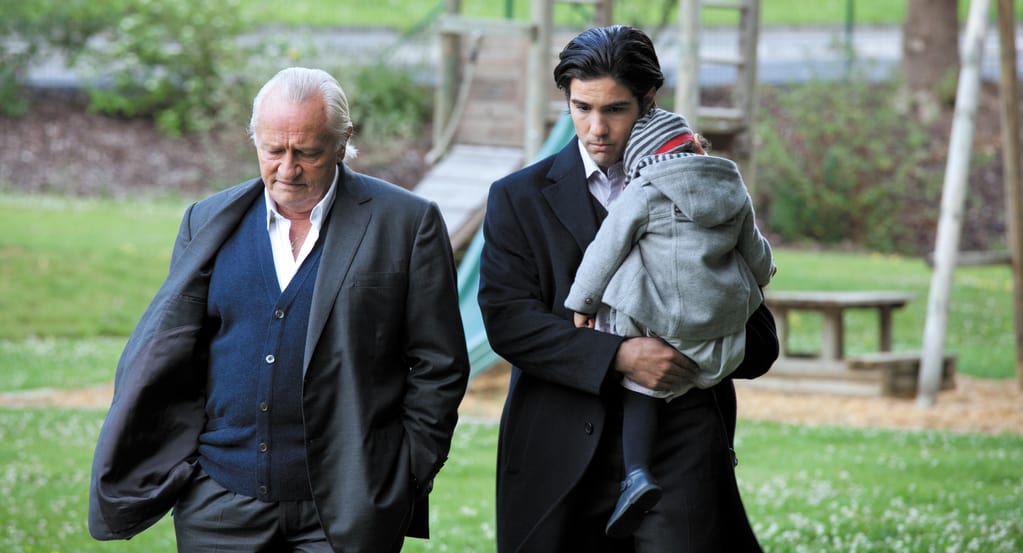 TAHAR RAHIM and NIELS ARESTRUP in Joachim Lafosse’s Our Children

Rahim and Arestrup are making quite the couple since Audiard’s A Prophet; in Lafosse’s film the two portray a pseudo father-son relationship with exquisite chemistry, volleying the role of controller and manipulator in this heart-wrenching tale of young love gone wrong…horribly, horribly wrong. 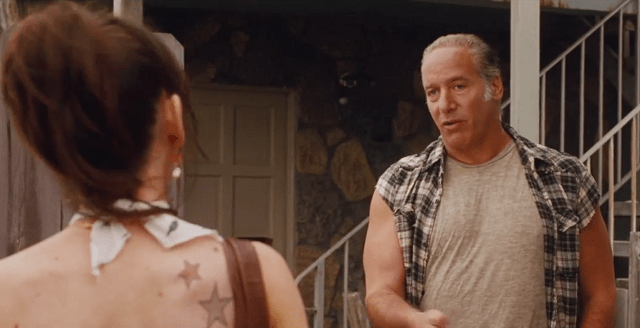 This pick is brought on by surprise and inspired choice Woody made by making the Diceman the moral compass of Blue Jasmine. Dice plays the “everyman” suckered out of his chance of the perfect life by his greedy sister-in-law husband. I never thought I would say “I would like to see the Diceman in more films”. 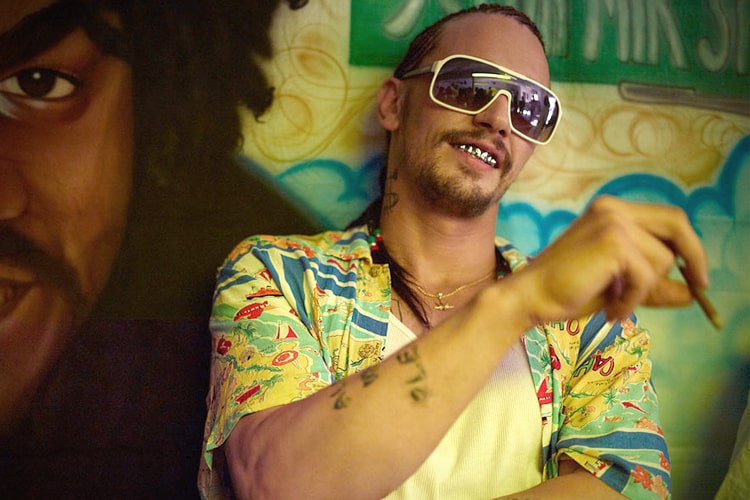 In, what might be, his career best performance Franco exemplifies the perverted American dream of materialism and greed, while also providing the perhaps the best monologue of the year with his celebratory rant inventorying his various wears and scents. Just look at all his shit! 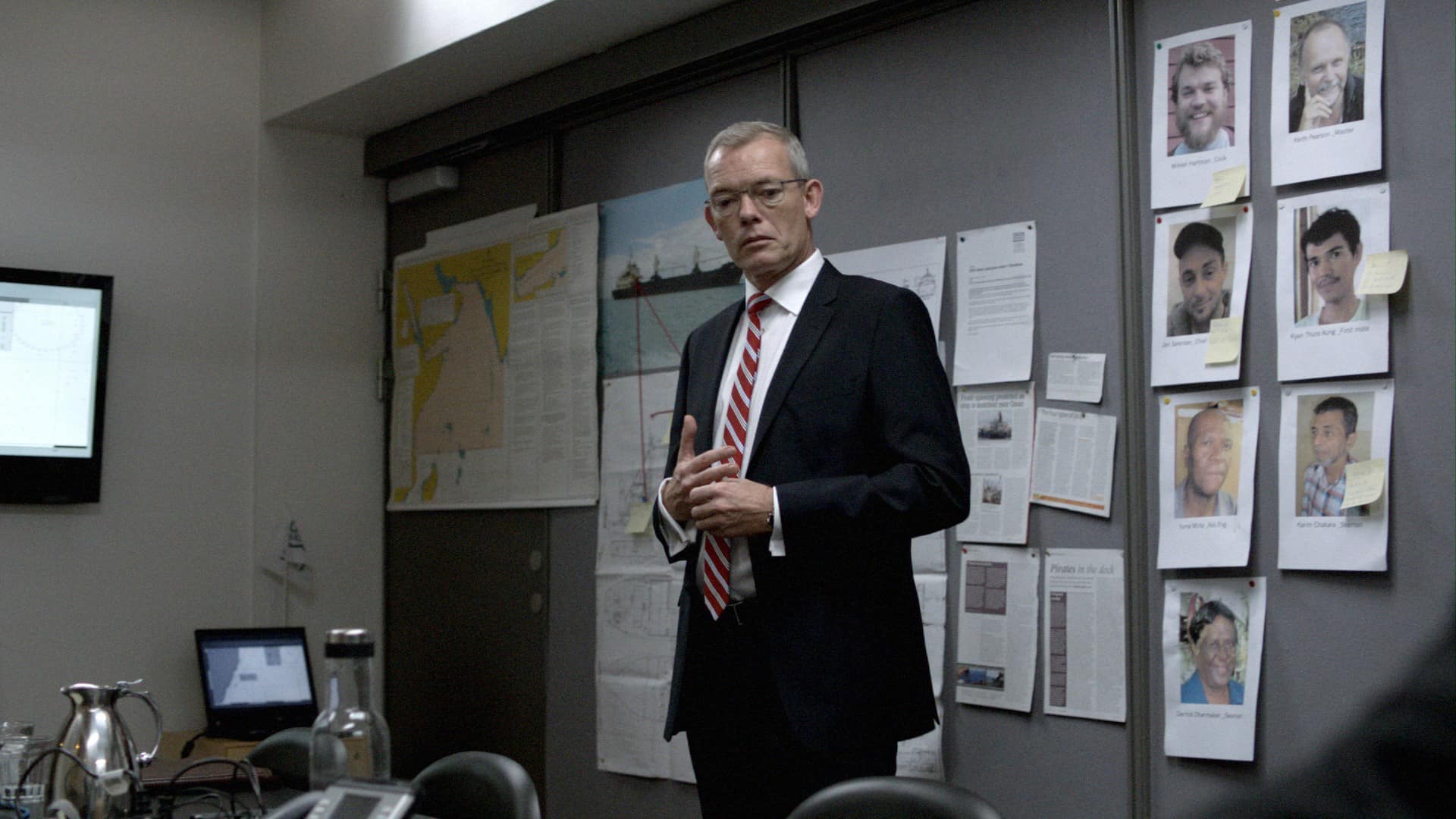 Malling runs the show (so to speak) or at least he wants to during the negotiation process with the Somali pirates currently residing on his company’s shipping vessel. Much like Asbaek, Malling is also put through the emotional ringer, tasked with the self-appointed mission of bringing the crew home safe and sound; he’s clearly emotionally-invested and brilliantly communicates the high level of stress involved.

VINCENT CASSEL in Romain Gavras’s Our Day Will Come

Cassel seems to revel in his role as the self-loathing redhead who takes an interest in manipulating and encouraging Olivier Barthelemy’s Remy to lash out at a society he perceives to reject him. That is, until it gets wildly out-of-hand and Remy sees himself as a Messiah of the Redheads…but Cassel goes with it.