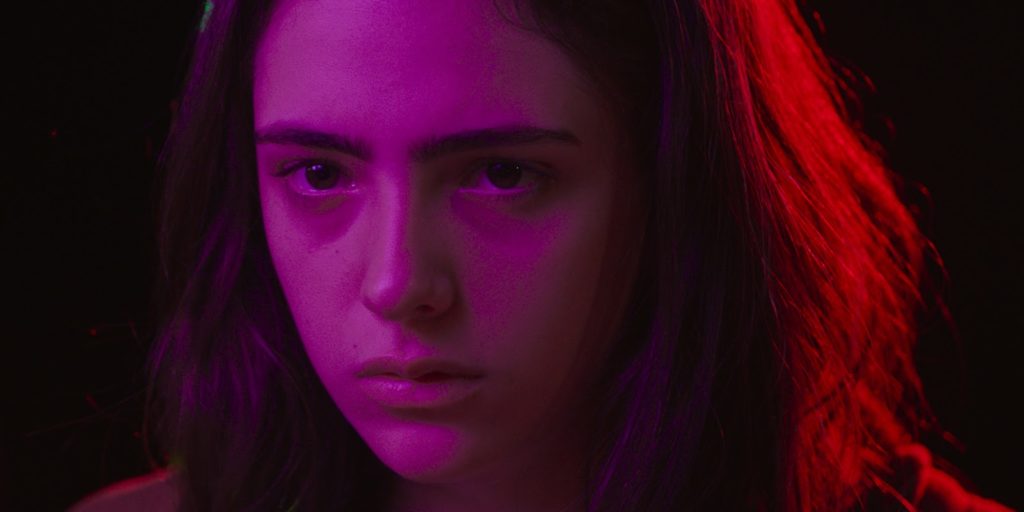 The first wave of titles has been revealed for this year’s Brooklyn Horror Film Festival, taking place from October 17 – 24. Adam Egypt Mortimer‘s Daniel Isn’t Real has been chosen as the Centerpiece Film, with some other highlights including David Marmor‘s 1BR and Travis Stevens’ Girl on the Third Floor. Although this is just the first set, it’s already a very impressive lineup.

Take a look below for all the films announced and head over to brooklynhorrorfest.com for more.

Hoping to reignite their relationship, Emily and Randall arrive at their weekend getaway only to discover a peculiar older couple already staying there. They all agree to share the home and after an indulgent night of partying, wake up to a living nightmare of apocalyptic proportions. Something is infecting the water and a fog is making its way ashore. THE BEACH HOUSE calls to mind the best of ‘50s science fiction with an updated twist.

Dealing with social anxieties and the stress of caring for his mentally disturbed mother, Luke (Miles Robbins) pulls a desperation move and turns to an odd source of help: the confident and manipulative Daniel (Patrick Schwarzenegger), Luke’s imaginary friend from childhood. The more Daniel asserts his control, though, the deeper Luke falls into a waking nightmare. Perfectly balancing emotional depth and sensitivity with horror imagery that brings to mind a young Clive Barker, Adam Egypt Mortimer’s sophomore feature equal parts mesmerizing and devastating.

A group of teenagers arrive in the middle of the night to a desolate Brazilian seaside town. High school has just ended and they are ready to party in style, but cell service sucks and as the days progress, things get very weird. Is time melting, repeating, or going backwards, and did you just see what you think you saw? A tale of friendship and young love for a generation who live through their screens and screen through their lives. Trippy, freaky, angry, and sharply humorous, THE YELLOW NIGHT is a hypnotic millennial nightmare not to be missed.

A young girl, already struggling with the recent loss of her mother, is dealt more strife after a tragic workplace incident causes her father to slowly lose his grip on reality. Dalva, mature beyond her years, recklessly turns to witchcraft in her desperate battle to save her rapidly decaying family. A film that wears its cinematic inspirations directly on its sleeve, THE FATHER’S SHADOW begs the question: How far would you go to bring your loved ones back from the dark?

It’s love at first sight when teenager Silvia meets the charismatic Artur, with whom she begins a passionate and world-changing relationship. That is, until Artur suddenly dies, leaving Silvia in a debilitating state of loss, complete with intense depression and physical sickness. While on a beachside vacation with her family, though, she meets a local who introduces her to the notion of voodoo—specifically, bringing loved ones back from the dead. Proudly inspired by PET SEMATARY, Alice Furtado repurposes the themes of Stephen King’s classic resurrection story onto a hypnotic film that’s both distinct to her Brazilian culture and visually decadent.

Looking for a change, Matt (Kevin Janssens from Coralie Fargeat’s REVENGE) and Kate (Olga Kurylenko) relocate from New York City to quaint New Hampshire. While cleaning out their new home, the couple discovers a secret room in which any wishes one speaks out loud materialize. At first, it’s all fun, money wishes and games until Matt and Kate realize what this could mean for their inability to have a child. And with that MONKEY’S-PAW-esque setup, Christian Volckman’s bold psychodrama THE ROOM constantly surprises with its unpredictable turns while maintaining an air of subtly potent dread.

As the host of a popular horror-themed radio show, disc jockey Rod shares tales of terror with his eager listeners, and although this particular night is no different, there’s also the unexpected wrinkles of alarming calls from a scared-to-death child. How that all ties together is part of the magic behind A NIGHT OF HORROR: NIGHTMARE RADIO, an anthology constructed by Argentinian duo Nicolas and Luciano Onetti, who’ve assembled an impressive lineup of recent festival-touring horror shorts to deliver a refreshingly unique new kind of omnibus.

Living in isolation in rural Laos, a somber man spends his days coming to terms with painful events from youth; specifically, the discovery of a young woman’s corpse. Fifty years later, he’s constantly followed by the spirit of that woman and, as a result, is able to perform acts that defy logic. Returning to Brooklyn Horror after opening our inaugural festival in 2016 with her excellent ghost story DEAREST SISTER, Laos’ filmmaking maverick Mattie Do has taken her craft to new heights. Weaving subtle sci-fi into the supernatural, THE LONG WALK is a haunting gem from one of genre cinema’s most exciting on-the-rise voices.

Deep in the woods, it’s hard to really say what’s whispering in the night. Ask grandma, though, and she’ll tell you it’s Sator—a protective dark force among the trees, a satanic presence, a ritualistic killer who’s haunted their family for generations. A young man ventures back to the forest in an attempt to rebuild a relationship with his brother who’s been hibernating in seclusion after traumatic events led to the disappearance of their mother years past. A disturbing mediation on family bonds and mental illness, SATOR is an impressive cinematic feat by first-time filmmaker Jordan Graham.

For recent LA transplant Sarah, the Asilo Del Mar apartment complex seemed like the perfect place to start her new life; safe with friendly and considerate neighbors who treat each other like family. Hiding behind this utopian exterior is an all-consuming evil that wants to form her into its image and never let her go. 1BR taps into the universal fears of moving to a new city, forming a tableau not of unimaginable terror but something much worse.

Coping with the death of their father was the easy part for Jesus and Maria, that is until their half-sister Magdalena returns to claim her share of the inheritance. The siblings, unwilling to sell the house, begin a series of sick games where it is impossible to define who is the rock, the paper or the scissors. First-time directors Macarena García Lenzi and Martín Blousson have crafted a raucous black comedy based on an Argentinian stage play of the same name written by García Lenzi.

For married man Don Koch (Philip “CM Punk” Brooks), remodeling his new home gives him the chance to start anew while trying to overcome legal troubles and fidelity struggles. Once inside the fixer-upper, Don is helpless against the house’s goo-dripping walls, sordid history and inner demons, the latter hideously exposing those of its new owner. Utilizing the expertise acquired from producing several critically acclaimed indie horror films, including STARRY EYES and WE ARE STILL HERE, Travis Stevens makes his directorial debut with a slick and wildly entertaining haunted house movie that’s truly like no other.

Throughout the late 1960s and the entirety of the ’70s, B-movie director Al Adamson earned infamy with his no-budget productions, tantalizing genre fans with titles like SATAN’S SADISTS and DRACULA VS. FRANKENSTEIN and then treating them to earnestly made schlock. His hustle could make even Roger Corman blush. Unfortunately, Adamson’s legacy became forever tainted by his shocking 1995 passing, the details of which are stranger than his cinematic exploits. Severin Films founder and director David Gregory’s BLOOD & FLESH is an exhaustive and captivating analysis of Adamson’s singular career and inexplicable end.

In the wake of tragedy, married Elin and Tobias head out on the open road for a camping trip. But along the way, a group of homicidal deviants, propelled by the sounds of an ominous children’s song, disrupt their commute again and again—and again and again. Forced to keep reliving the brutality, Eli and Tobias finally have to reckon with the worst moment of their shared lives. A head-spinning and unnerving examination of grief that’s also profoundly sad, Swedish filmmaker Johannes Nyholm’s KOKO-DI KOKO-DA is a ghoulish riff on the GROUNDHOG DAY time loop conceit.

Not only one of the greatest horror films ever made, Robert Weine’s THE CABINET OF DR. CALIGARI is also one of the most important, a masterwork of German Expressionism that essentially gave birth to the genre as a whole back in 1920. On the eve of the film’s 100th anniversary, the Brooklyn Horror Film Festival will present a special screening of Weine’s game-changer accompanied by a live score from the NYC-based duo The Flushing Remonstrance.

Holy fuck! Get ready for a ride. Inspired by ‘80s films and music, BLOOD MACHINES is a 50-minute sci-fi facemelter written and directed by Seth Ickerman (alias for Raphaël Hernandez and Savitri Joly-Gonfard), and scored by the synthwave artist Carpenter Brut. The film follows two space hunters tracking down a machine trying to free itself, until the soul of the ship itself emerges in the form of a woman complete with a glowing crucifix on her chest. Shocked at the sight of this miracle they begin an epic chase through space to find out who she is. 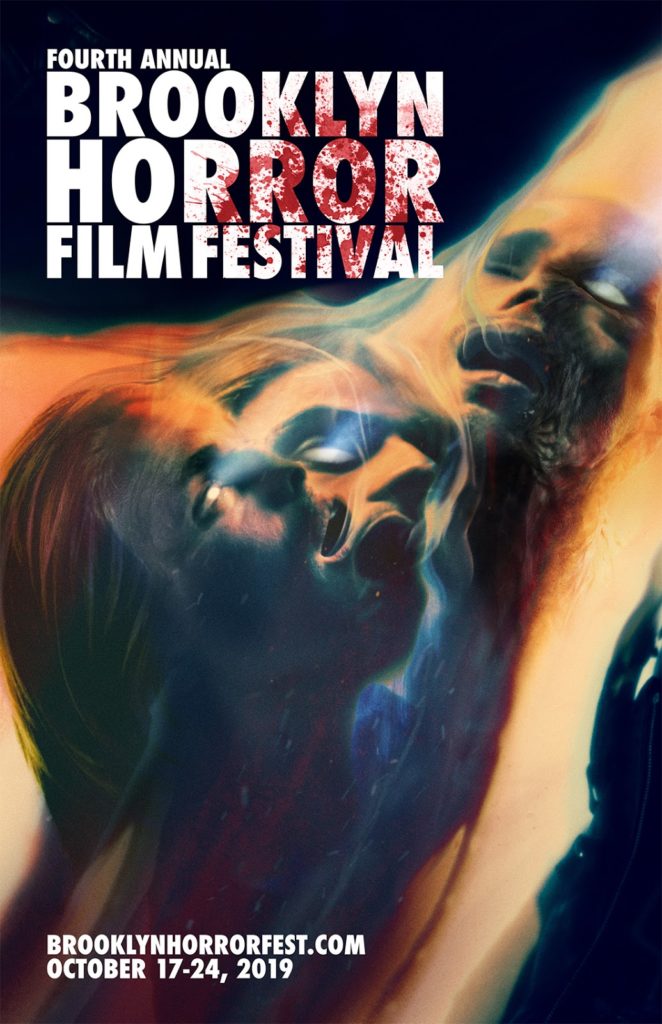