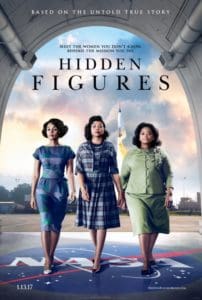 Opening on a delightful confrontation between a fickle lawman and the film’s three main characters – all women of color – in Virginia’s Jim Crow era, the historical dramedy Hidden Figures comes out of the gate with a bang and offers an unapologetic glimpse at the tone of the story that will follow.

The film is based on the aptly titled nonfiction book Hidden Figures – hinting at both the “mystery math” that had yet to be developed for the U.S. space program and of the black, female mathematicians (“computers”) whose contributions to the success of the space program had remained largely unknown until recently.

Hidden Figures centers around the stories of struggle and triumph in the 1960s space race with stellar performances by Taraji P. Henson as physicist and mathematician Katherine G. Johnson; Octavia Spencer as mathematician and mechanic Dorothy Vaughan; and Janelle Monáe as aerospace engineer, mathematician and diversity advocate Mary Jackson.

Director Theodore Melfi (St. Vincent) no doubt wanted the audience to feel the fear, irritation and disappointment that Johnson, Vaughan and Jackson must have felt, but it was, frustratingly for us, well into the movie’s runtime when it began to feel as if their contributions would never be appreciated or recognized for what they were. 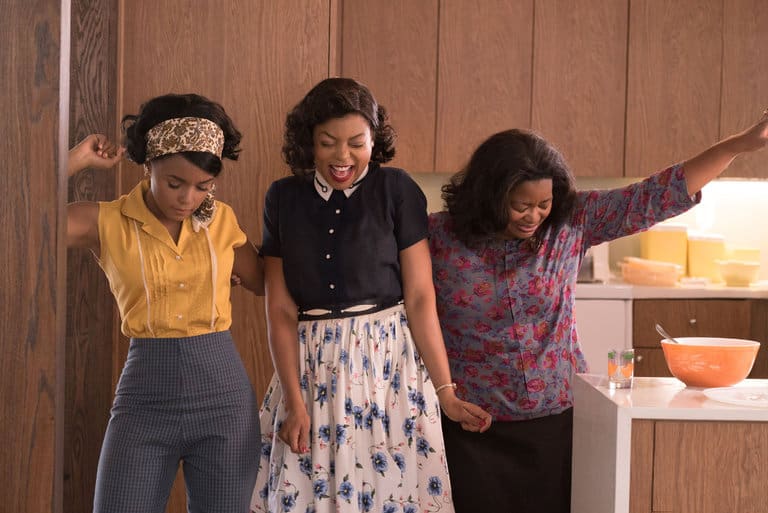 There are strong cast performances by Kevin Costner, Mahershala Ali, Jim Parsons and Glen Powell as the charming astronaut John Glenn (though not nearly as charming as his performance as Finnegan in last year’s Everybody Wants Some!!. It was also great to see the introduction of the full-room-sized IBM computer and the fumbling around that accompanied this newfangled fast-computing machine.

While the script does a serviceable job in explaining some of the extremely complex aerospace calculations and the paths taken to uncover them, it would have been wonderful to have been given more insight into these crucial what-ifs.

It also felt as though the filmmakers simply glossed over the crucial role Johnson (then Goble) played as part of the team, as well as what roles the other team members played, which would have been fascinating to know. In addition, it felt at times as though the vital trajectory issues were barely touched upon, and at other times the dialogue felt incredibly repetitive.

Overall, however, this is a well told tale and an important film to watch. Melfi hits all the right (albeit predictable) beats, seamlessly weaving together moments of levity with moments of suspense. It gets a strong recommend from me.