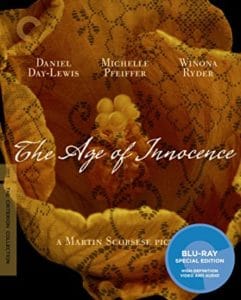 This product was provided to us by Criterion for the purpose of this review. All opinions are our own.

The Age of Innocence belongs to an odd part of Martin Scorsese’s oeuvre. While every decade has one or two canonically recognized masterpieces (Taxi Driver, Raging Bull, Goodfellas, The Departed and Hugo), there are always the forgotten Scorsese films that lay in their shadows: Mean Streets behind Taxi Driver, King of Comedy behind Raging Bull, and The Age of Innocence behind Goodfellas.

The Age of Innocence does have its fervent defenders though (myself included), but it seems so removed from Scorsese’s typical subject matter that it is often difficult to think of it as a Scorsese film. It’s a costume drama about Gilded-Age American socialites and their marital problems – about as far from the gang-dominated streets of New York and Boston as one could imagine.

Daniel Day Lewis plays Newland Archer, newly engaged to debutant May Welland (Winona Ryder) and firmly infatuated with her cousin, the Countess Olenska (Michelle Pfeiffer). Most of the film revolves around this love triangle, with Newland alternately trying to wed May quickly to douse his temptation while continuing to find himself near the Countess, where his passions burn the brightest.

Largely lacking the typical narrative punctuation of a Scorsese joint, what marks time instead is the costuming and production design, showing all the attention to time and location that one would expect from the veteran director. 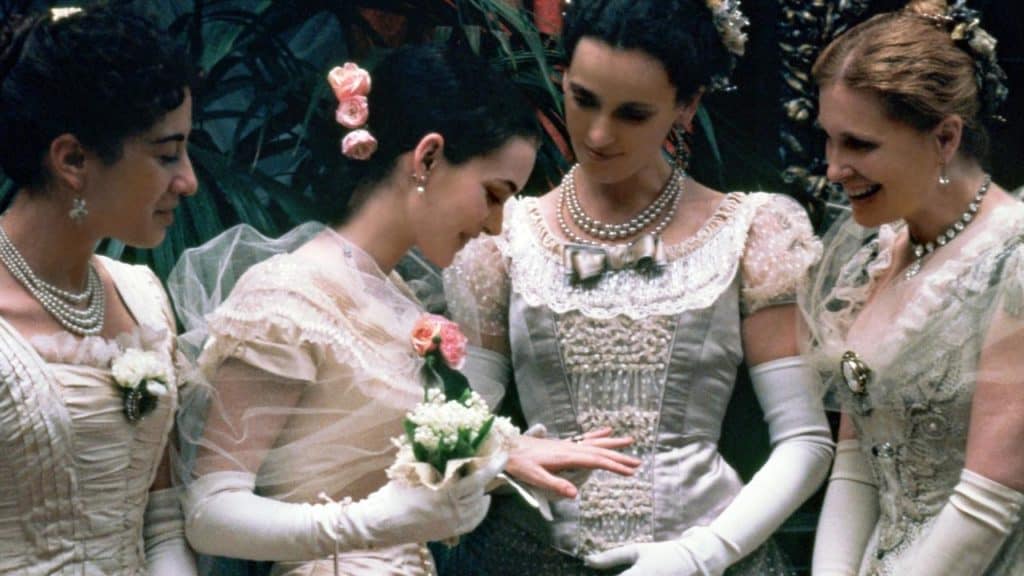 Despite this seriously different setting, the film has just been re-released by the Criterion Collection with a beautiful Blu-ray transfer that highlights the film’s exquisite use of color and soft lighting. The transfer, in fact, justifies the film’s release whether or not you find the story compelling.

For a director usually focused on deep greens, browns and reds in his color palette, Age of Innocence foregrounds bright floral colors and rich pastels. It also shows off the variety of the work of Scorsese’s reliable editor, Thelma Schoonmaker. While her editing has always been unpredictable and emotionally charged, here we see her stretch her creative muscles into new terrain.

What really stands out for this year though is the three core performances, all of whom had incredible 2017s. With Daniel Day Lewis (supposedly) retiring after a tour de force in The Phantom Thread, Ryder returning to the fore with a second season of Stranger Things and Pfeiffer’s scene-stealing role in Mother!, there could hardly be a better time to bring back this classic from 1993, when these faces were in the prime of their successes. 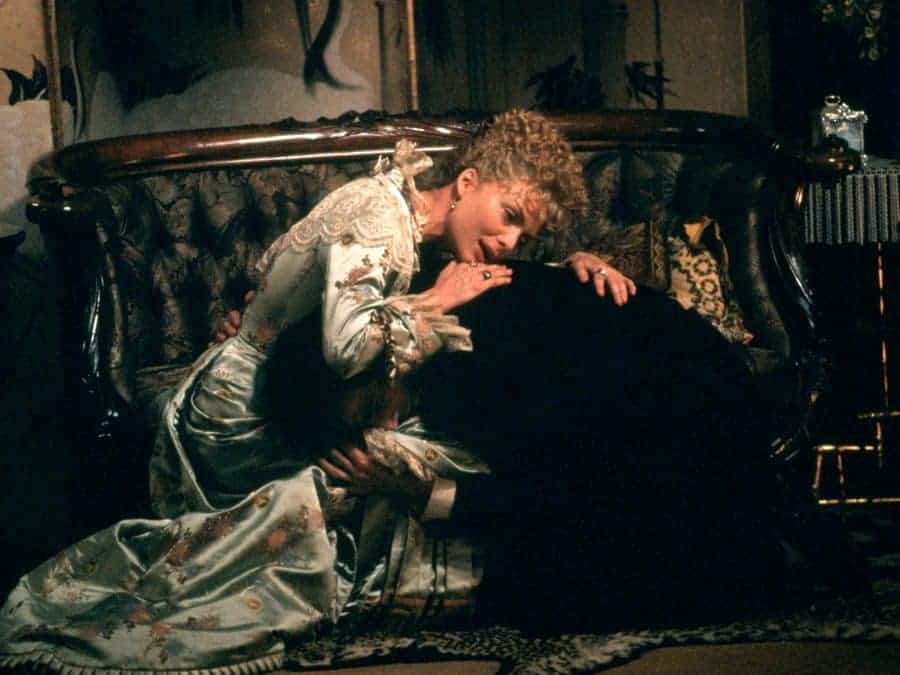 On top of all of that, this release features all the typical swag that Criterion offers. From interviews with Scorsese, screenwriter Jay Cocks, production designer Dante Ferretti and costume designer Gabriella Pescucci to the contemporary documentary on the making of the film and an essay from critic Geoffrey O’Brien.

Adding context and texture to how The Age of Innocence fits into Scorsese’s filmography, these additions are precisely what fans of the long-underrated film will be excited for in this release. Altogether this is most definitely worthy of the Criterion treatment and shows off the artistry that decidedly belongs in the annals of Hollywood history.