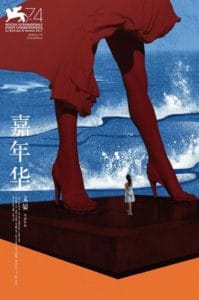 The deepest agony of Angels Wear White is in its even-handed realism. Writer/director Vivian Qu keeps her camera close to the characters but not too close, allowing them just enough space to feel distant but just inched up enough to feel uncomfortably intimate.

When Mia (Wen Qi), a teenaged receptionist at a run-down hotel in a seaside Chinese village, is manning the surveillance cameras and watches a middle-aged man drag two schoolgirls into his room, Qu depicts much of the moment through Mia’s cell phone camera, as she takes a recording of the screen, capturing the crime.

We don’t see the assault, and we barely know who the perpetrator is. We know that he’s a wealthy, powerful, connected local official, who can grease enough wheels to make sure that his offense never comes to light. Mia’s anonymous threat to blackmail him and send the footage to the police isn’t even acknowledged. It’s not like they’re going to do anything about it anyway.

On the other side of the crime are the victims, and Angels Wear White focuses specifically on Wen (Zhou Meijun), who must bear the immense emotional trauma of her rape, all while feeling adrift in a system that will not bring justice. Qu shows how the systemic moral and political corruptions of the film’s world still trickle down to those trying to do the right thing. 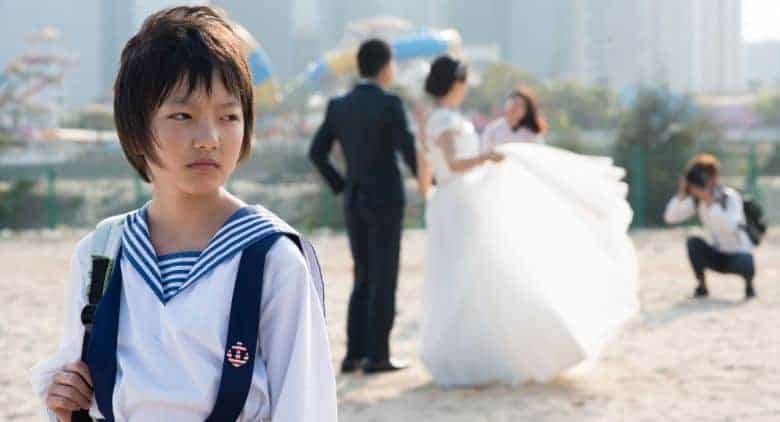 A local attorney (Shi Ke), who specializes in pursuing child traffickers, learns of the event through the local police force’s begrudging acknowledgement of it and tries to form a case. Yet even she must resort to bribery to get Mia to talk at all, who herself is fearful that speaking out would cost her a job.

If this makes Angels Wear White sound dour and horrific, it is. But Qu has a larger goal here, much larger than simply depressing an audience. She reaches beyond the individual parameters of the plot and speaks out against the effects of a society that shuns itself into silence, ignores victims and obscures the truth. Girls and women are pushed aside for the securities of the status quo.

Though the town has a large, smiling statue of Marilyn Monroe at its center, the likeness soon becomes a haunting thesis: one of warped perceptions of freedom, constructed around artificialities of what makes for functioning ideals. The characters can’t sit at the statue because she is a person. Instead, it’s there because it’s the immobile idea of someone, regardless of the reality it may exist in. 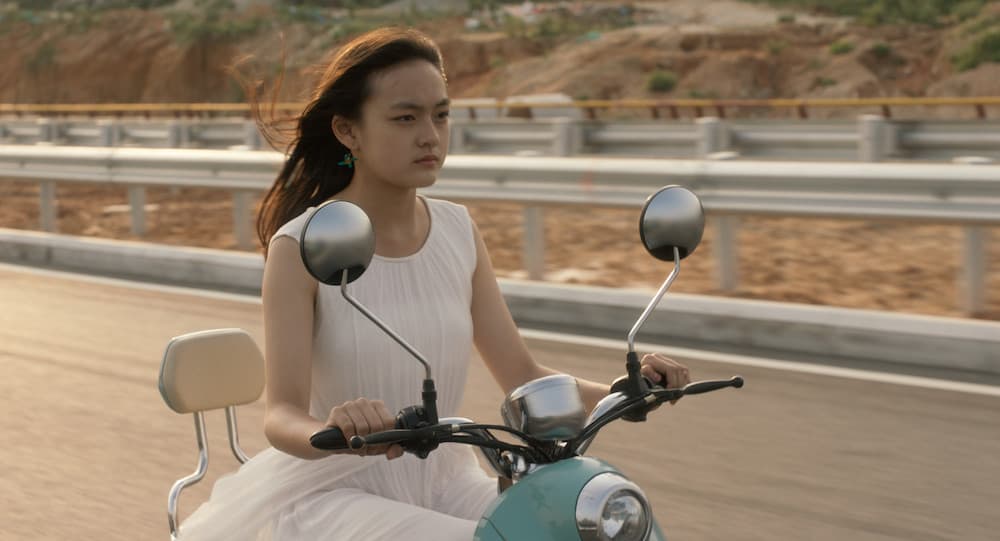 The idea is strong and overwhelming yet grounded by the restraint of simple cinematography and a straightforward aesthetic. Angels Wear White is also carried by its performances, with Qi’s quiet, conflicted anguish and Meijun’s heartbreaking victimhood providing a dramatization all too effective on how misogyny, in all its forms, weakens the bonds of a society and causes imbalances that stretch far beyond an individual crime.

The girls are raped because the commissioner harbors no remorse in taking advantage of them. He can get away with it because he assumes nobody will take the girls seriously if they were to make an allegation. And Mia has proof of it all but is so worried about her own ability to financially survive that protecting herself means protecting her job – thus fueling the cycle – through no outright malicious intent of her own. 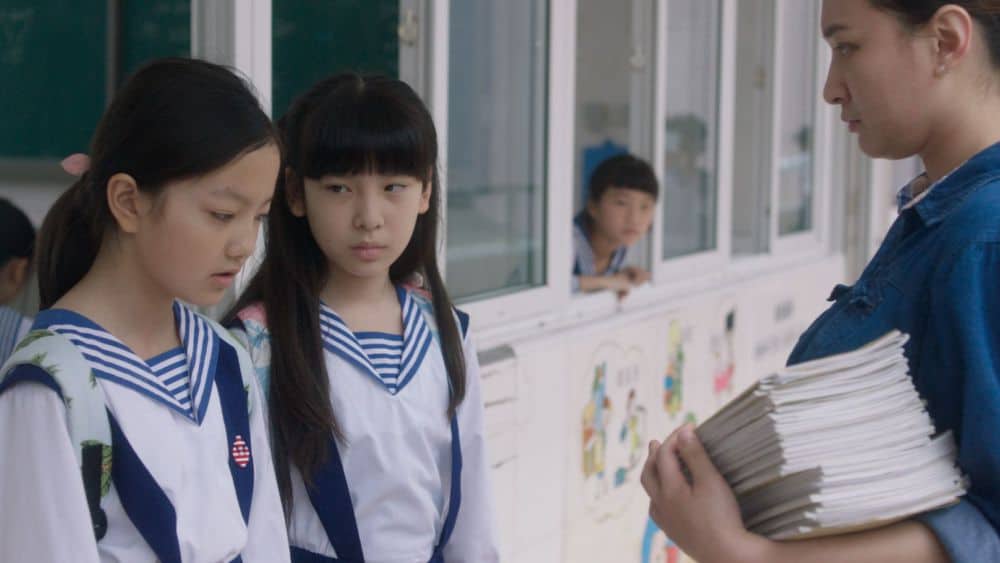 Some critics have wondered if future audiences will simply consider Angels Wear White a “timely” response to the #MeToo movement. Such a categorization – not only ignoring when the film was made and how long it takes for a small foreign drama to reach U.S. shores – comes with the implication that the scenario Qu outlines couldn’t happen anywhere at any time. Yet perhaps such a misconception could strengthen her argument further.

There’s a commonality to even the most dismaying transactions that take place. People go about their business, consider under-the-table settlements and weigh their own futures against what they might otherwise perceive a need to do. Despite its isolated setting, this is a movie that is made to land in every culture. It’s not passive. It’s not parabolic. It’s not suspended in time and space. Qu films with a purposefully unsettling calmness, serving as a gateway to the clear and present anger below.