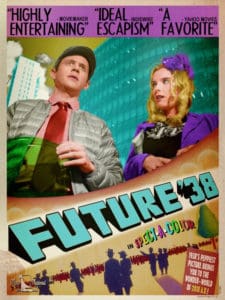 There’s something fun about predicting the world of the future. We know our guesses will be massively off, but through our visions clouded by our favorite works of sci-fi, we think forward and see a world dramatically different from our own. Future ‘38 is a movie which has that same itch, but it comes with a twist: the era it dreams up is its own. Jamie Greenberg’s film visualizes the year 2018 – as seen from 1938. It’s kitschy and tongue-in-cheek, and its take on retrofuturism is creative enough. The content can stretch itself a bit then – even for 76 minutes – but there are enough gags to keep one interested.

Framed as a long-lost film from the era, Future ‘38 tells the story of Joe Essex (Nick Westrate), a young soldier who is sent on a top-secret mission. He must retrieve a Formica deposit from a safe in the war department’s headquarters, but travel forward eight decades first. The hope is that by then, the material will have become chemically reactive, and therefore can be used to create an atomic bomb. Ideally, the testing of one will be so pivotal and threatening that Nazi Germany will not provoke the world any further, and a potential world war will be discouraged. Through experimental technology, Joe is sent to the New York City of 2018, but can only remain for twelve hours at a time before he’s stuck there forever

The world has changed a lot. The latest headlines are everywhere, in the form of the “24-hour news cycle” – a small army of guys riding around on bicycles, handing out the newspaper. A telephone is in everyone’s pocket. You can even make video calls. Pick up your phone, put the earpiece to your ear, and tell the operator who you want to speak to. Guiding him around this advanced society is Banky (Betty Gilpin), a sarcastic hotel owner who is bemused by her new friend’s befuddlement with the world.

She tells him that the world has been at peace for almost a century. Joe is pleased to hear this, but what happens if he doesn’t find the Formica sample in time? The entire course of history will be altered. The war department has long since been abolished, and the street names have all been changed. Finding that safe is critical to all of humanity, but it’s not going to be easy. 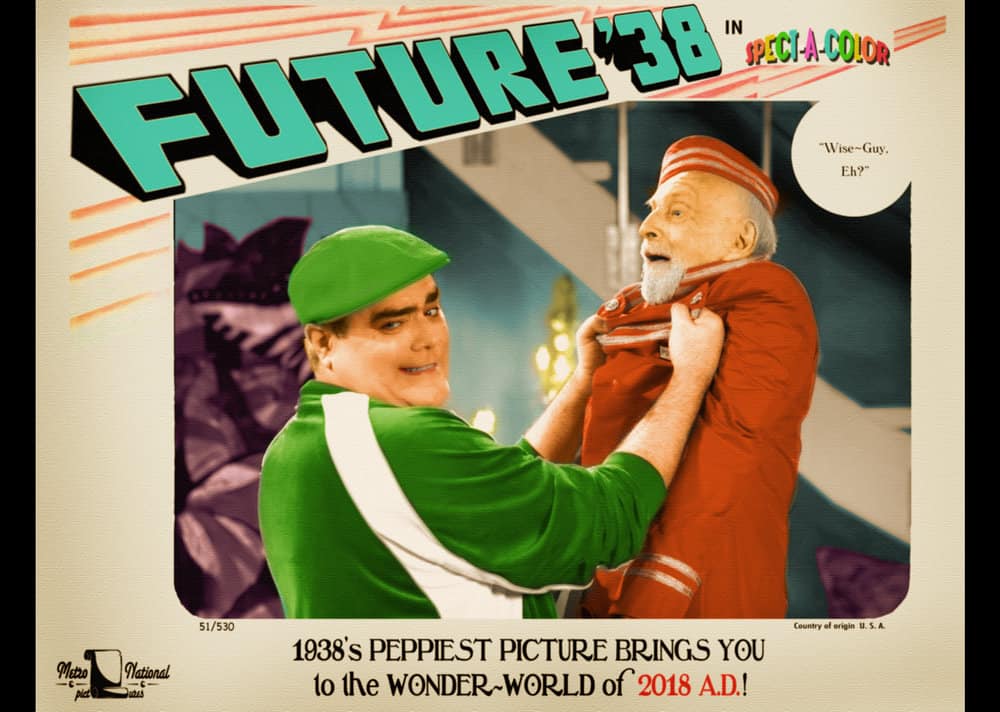 Billed as a tribute to the screwball comedies of old Hollywood, Future ‘38 is aware of itself, tossing and endless series of camera winks and sight gags at the audience. Its low budget becomes an odd charm offensive, with the alternate cell phones of its universe very obviously being dressed up iPhones, and Greenberg further demonstrates his ability to do a lot with a little when creating a thirty-second joke from a holographic menu. Westrate and Gilpin are game, and as the centerpieces of the film, they’re a pretty good pair, fitting nicely into both elaborate wordplay and quasi-slapstick.

Simultaneously, Future ‘38 struggles when attempting to break beyond the barriers of its cute-schlock aesthetic. It’s never anything more than a pleasant diversion, amusing enough but not quite absorbing. The wheels are always spinning, but at times it comes off as more of a point excessively proven (that such a movie can be made), rather than Greenberg further poking at the edges of the world he has created. A number of setups – such as Banky’s two eccentric friends who are introduced, and then only sporadically referenced when the story needs another character – are ripe with potential but underused. 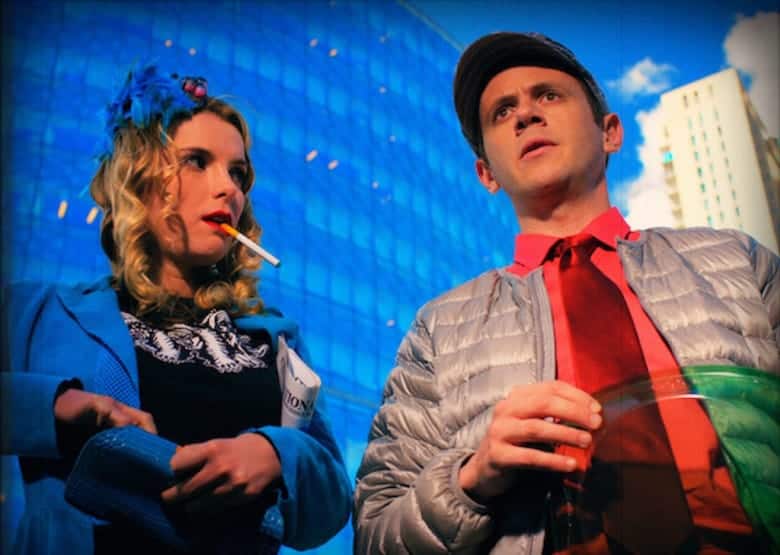 If it winds up in the right hands, Future ‘38 has potential as a cult movie, appreciated by a small but devoted legion of fans. It’s vivid, zany, and unmistakable, with solid rapport and plenty of fun moments. But there’s also that other thing  – the degree to which it feels like there could have been more. Perhaps limited by the desire to keep things quick and avoid a lumbering script, Greenberg overcompensates and leaves us somewhat satisfied. Yet when the world he has created is so energetic and active on its own, where some see the disconnect as meager and disappointing, the way-in for more creative souls could be opening up.

Is it possible that the strengths of this movie take its structural shortcomings and make them potential future positives? It’s too early to tell. But there are many reasons I’m curious about what will happen if this movie can get in front of larger audiences going forward, and that’s definitely one of them.