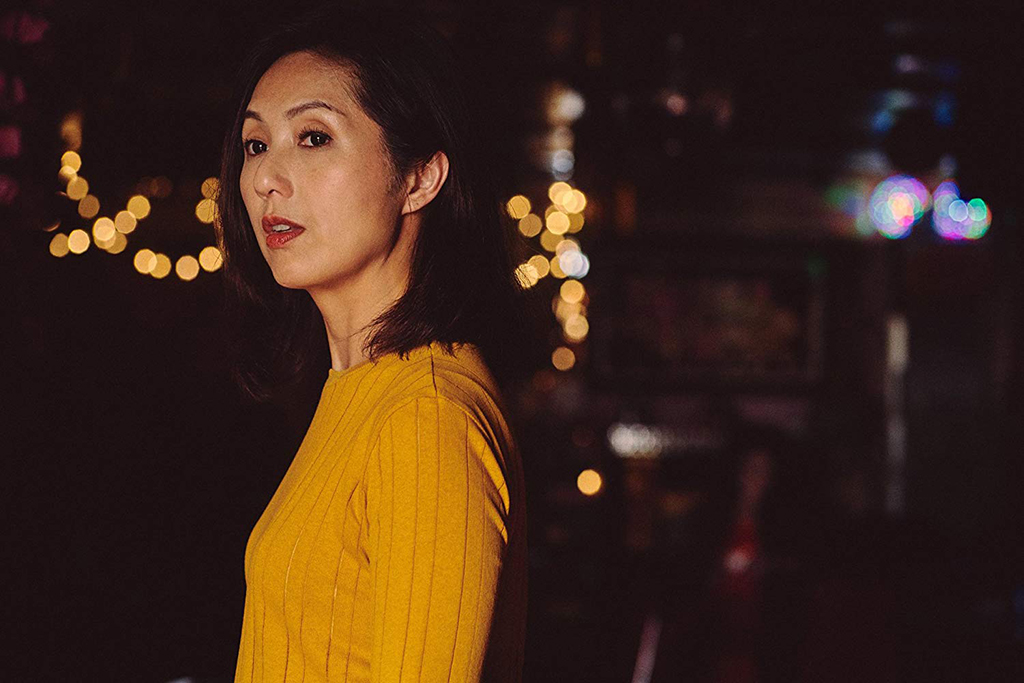 Chicago’s Asian Pop-Up Cinema has announced the full lineup for its upcoming 10th season. Running from March 10th through April 9th, 2020, Season Ten will feature 16 new films from Asia, including four North American premieres – including opening night film i’m livin’ it, pictured above, and three U.S. premieres. Each of the five weeks is dedicated to showing films from the same geographic location, with spotlights on Hong Kong, China, Taiwan, South Korea, and Japan.

Take a look at the full lineup below the poster and visit the official site at asianpopupcinema.org for more details, including trailers and tickets. 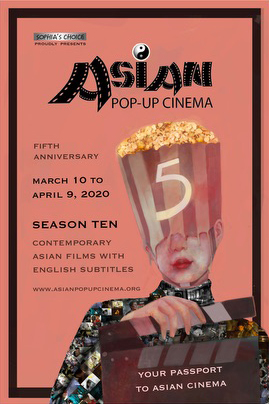 Once a star in his finance firm, Bowen (Aaron Kwok) now spends his nights in a 24-hour fast food joint, where he encounters other “roommates” who are in a similar predicament: a mother (Cya Liu) with her daughter who has taken out high-interest loans to cover her mother-in-law’s debt, an old man (Alex Man) who is too afraid to go home, a young runaway (Zeno Koo), and a singer (Miriam Yeung) living in a temporary shelter. Together these accidental roommates must strive to lift one another out of rock bottom.

A man is found dead inside an apartment with a strange noise, “Help! Help!” next to the body. Detective Larry Lam (Louis Cheung) arrives at the scene with Detective Charmaine (Cherry Ngan) and his commanding officer Yip Sau Ching (Philip Keung).  Yip Sau Ching is convinced the deceased, Homer Tsui (Deep Ng) is killed by his partner in crime, Sean Wong (Louis Koo) when they had a fight over how to divvy up the loot from an armed robbery three months ago. But Larry soon finds out the case is more complicated than they imagine, and not only Sean, but there are also other suspects.  Frank’s only hope in cracking the case lies in the not-so-human sole witness left at the scene of the crime – a parrot that can talk.

“Two Sisters” is a new play, written and directed by the trans woman Ouyang An, and will have its first night in Hong Kong’s venerable City Hall soon. In the last seven days of rehearsals, many hidden tensions rise to the surface, sparked by the longstanding rivalry between the two lead actresses Yuan Xiu-ling (a stage veteran making her comeback a year after the death of her faithless husband) and He Yu-wen (a smart movie actress making her stage debut).

Lung, Tai, Suk-Yi and William are happy-go-lucky employees of a broadband network company who muddle their way through each day at work. When massive layoffs are expected, they pledge their loyalty to the company by signing up for the newly formed dragon boat team. When they embark on their rigid training, they’re inevitably forced to face the respective mid-life crises they have been dodging. As they rekindle their long-lost fighting spirit, they begin to welcome the challenges in life.

Li Fang is a Chinese immigrant who has been living in Montreal for over 10 years. Her infertility and her violent separation from her Québécois husband, Eric, have pushed her to the brink of despair. Escaping the chaos in Montreal, Li Fang visits her grandfather in Dazu, her birthplace in south China. The support and inspiration provided by her family and an old lover helps her break the impasse in her life.

Red Flowers and Green Leaves arranges its plot around a newlywed couple. Haunted by an unidentified and stubborn ailment since infancy, a young man, Gubo, reckons himself as unlikable and has no intent for marriage. Under family arrangement and beyond all expectations, he marries a capable and attractive woman, Asheeyen. Suddenly, two strangers are sharing the same bed. As time passes, they become aware of each other’s past once concealed by the elders. Will they learn forgiveness and nourish true love? Will they savor the prospect of a happy family?

Brooke, a Chinese young woman, travels alone to Alor Setar, a small town in Northern Malaysia. As a consequence of a blown tire, she experiences three variant adventures. Brooke may be a traveler, an anthologist, or a disheartened divorcée. As she introduces herself to people using different identities, what mysterious secrets are hidden behind her? In return, what the journey brings her is thoroughly unexpected.

Vanishing Days was made by 22-year-old director Zhu Xin. This debut feature focuses on the exploration of a little girl Li Sen-Lin during the summer holiday. Li Sen-Lin loses her turtle while her father is away on a business trip. There’s another “Sen-Lin” that keeps on being mentioned by her parents. She faintly suspects that Auntie Qiu is actually her biological mother. The summer rain pours down as memory and reality interweave into one another. The poetic and mythic feeling distinguishes Vanishing Days from most of the films that boast a realist touch.

Born into the bottom rungs of society, two teenage brothers with nothing but each other hope to change their fate through their love of basketball. Little brother Tung-Hao joins an elite school and transforms into a dazzling superstar; big brother Hsiu-Yu ends up on a ragtag squad about to be disbanded, finding an unexpected new brotherhood in his never-say-die teammates. Eventually, the brothers cross paths on their way to ultimate basketball glory — the HBL championship —where they will discover that something is more important than winning.

In 1962, a sense of desolation and tension permeates society. Fang, a twelfth grader at Tsui-Hua Senior High School, falls in love with Zhang, a counseling teacher. Troubled by the problems at school and home, Fang feels that Zhang is the only person who understands her. Longing for freedom, Zhang forms a study group with his colleagues and students, including Yin and Wei. Reading the banned books allows them to be liberated for a brief moment but at the same time, they put their lives in great danger. One day, Zhang vanishes into thin air, and only Fang and Wei, an eleventh grader, remember him. Together, Fang and Wei start looking for the disappeared teacher but find the school gradually slipping out of the world they are familiar with. Then in a realm dominated by ghosts and spirits, the pair are forced to face the terrifying truth….

A unique romance film about a woman who feels like she’s falling from her office in skyscraper, and a rope climber who walks on a rope amidst the forest of buildings like Spiderman. They face each other on either side of a glass window until they finally meet on the rooftop of Machunru.

Director Jeon Gye-soo, who has shown a variety of genre skills ranging from fantasy musicals to romantic comedies, has been releasing his new film for the first time in a long time. “Vertigo takes no haste, takes a heavy step, reaches the pinnacle of emotion, then adds a blow to the final scene, leaving a long aftertaste.” – Excerpt from Korean Cinema Today.

Sung-gil, an old, poor funeral director, lives with his sick son and struggles to take care of him.  A new neighbor with a cherry personality who is a single mom shows up and becomes the caretaker for Sung-gil’s son.  Meanwhile, a local noodle shop owner, who has been feeding free noodles to the homeless passed way.  The homeless want a public funeral to be held in the town square but the city is against it.  At the end Sung-gil takes the benefactor’s portrait, and drives his van covered in paper flowers to the square.

Born out of every artist’s creative crisis, the search for the next topic, Hirobumi Watanabe presents his latest film, dealing with the question of what his film should be about. The director stages himself as he idles away his days, delivering endless monologs during car rides, sleeping on the floor at his grandma’s house, or philosophizing over video games and the FIFA World Cup.

Inspired by a real-life race that is still held annually in Japan, Samurai Marathon 1855 is a live action pic with a samurai twist. In the late feudal era of Japan, a young ninja (Satoh) is operating undercover in the court of an aging Lord during a peaceful era of Japan that is on the brink of change. After the Lord challenges his lazy samurais to a punishing marathon to toughen them up, the ninja finds his loyalties put to the test. Facing impossible odds, this unusual band of characters is running a race to win or die.

Toko Suguri is married and with a lovely daughter. She doesn’t have any major problems in her life until one day, Tokyo Suguri meets her ex-lover Akihiko Kurata at a friend’s wedding. They haven’t seen each other in 10 years. The rekindled love is so intense that Toko needs to make serious choice!