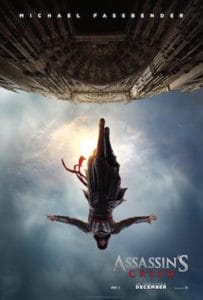 Assassin’s Creed, like many formal creeds, is a long, needlessly-complicated statement of beliefs. And plot. It’s a plodding, talky bore. There’s introductory text and two prologues, but really the entire movie feels like one giant, nonsensical preamble to…something. Based on the popular Ubisoft video game series, Assassin’s Creed plays like a collection of cut scenes that gamers, and movie-goers, would want to skip through to get to the good stuff.

Not even a cast you would expect to appear in an Oscar prestige picture this time of year, instead of another based-on-a-video game dud, can add life to any of the hokum. Early on, Marion Cotillard soberly tells Michael Fassbender, “If you listen to me everything will make sense.” I tried and it doesn’t.

We’re told ad nauseam about the Apple of Eden – the biblical one, we presume – that’s not an actual apple but a vessel that contains the key to humans’ free will. The Knights Templar have been hunting it down for centuries to control everyone’s freedom of thought, while the assassins vow to protect it. It’s their creed, as it were. The skirmish over the object takes place in 1492 Spain.

Flash forward to present day – after a brief stopover in 1986 so a young Cal can discover his murdered mother – and grown Cal (Fassbender) is a convicted killer moments from execution. Somehow saved from lethal injection, he wakes in a contemporary concrete fortress run by scientist Sofia (Cotillard) and her father Rikkin (Jeremy Irons). 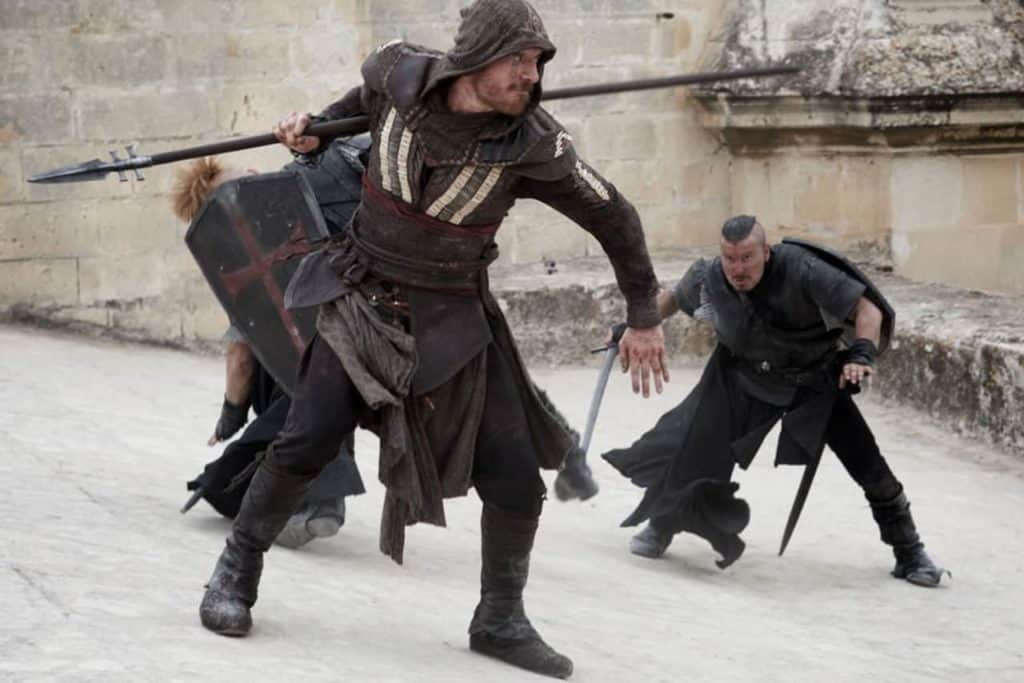 The jumping around in time and place only grows weirder and more tedious when Cal is forced into the Animus – a contraption that allows him to sync with the genetic memories of Aguilar, an assassin relative, in 1492.

After the long journey to go back 500-plus years, all we get are generic action scenes with dubious purpose. How specific can the Animus get? Are they just getting lucky that the syncs are all ostensibly relevant to propel the story forward? In the final act, it’s awfully convenient that in a lifetime of memories, the 30 seconds most critical to the plot pop up.

Cal may be linking with his ancestor, but the storylines from past and present never really connect. There are others in the facility that apparently were put through the same rigors – presumably assassins from yore – and a blast from Cal’s more recent past, but their significance is nil. Likewise, for Aguilar’s brethren and foes. 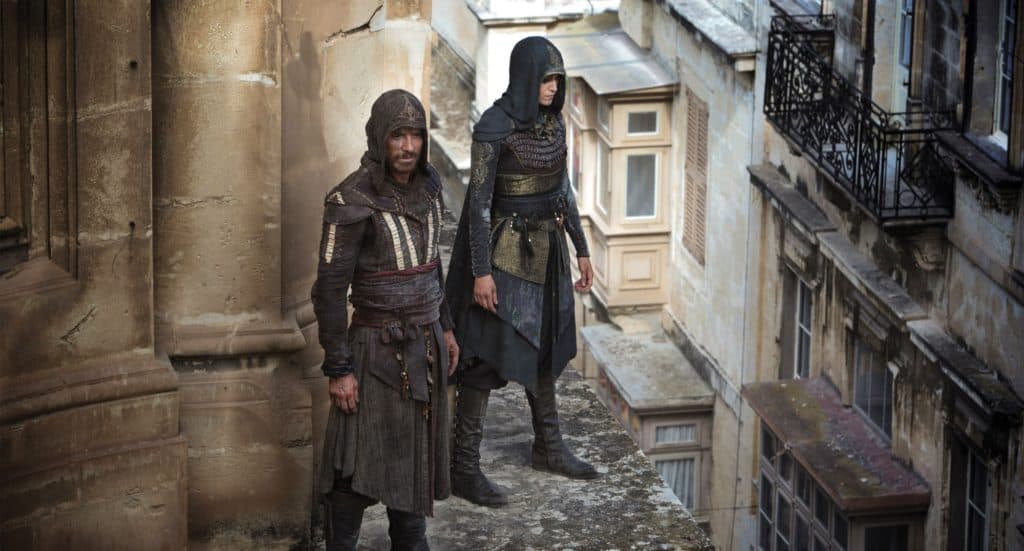 Often, Assassin’s Creed pauses to admire its own non-existent depth, cutting between concerned characters that don’t have clear stakes and choppy knife-play set to a very loud, very basic score. Charlotte Rampling, Michael K. Williams, and Brendan Gleeson also appear occasionally to take part in the self-seriousness and pretentious dialogue. Fassbender and Irons do manage a couple of deadpan witticisms that hit in their only interaction.

There’s neither enough action to keep us distracted nor enough meaning to keep us interested. The overarching plan of Rikkin is tiresome, while Cal’s journey of self-discovery seems tied to his shirtlessness in the Animus as much as it is a fully-developed arc. For an action movie about the nature of violence at its core, Assassin’s Creed contains no rousing ferocity or any compelling thoughts on humankind’s vicious proclivities.