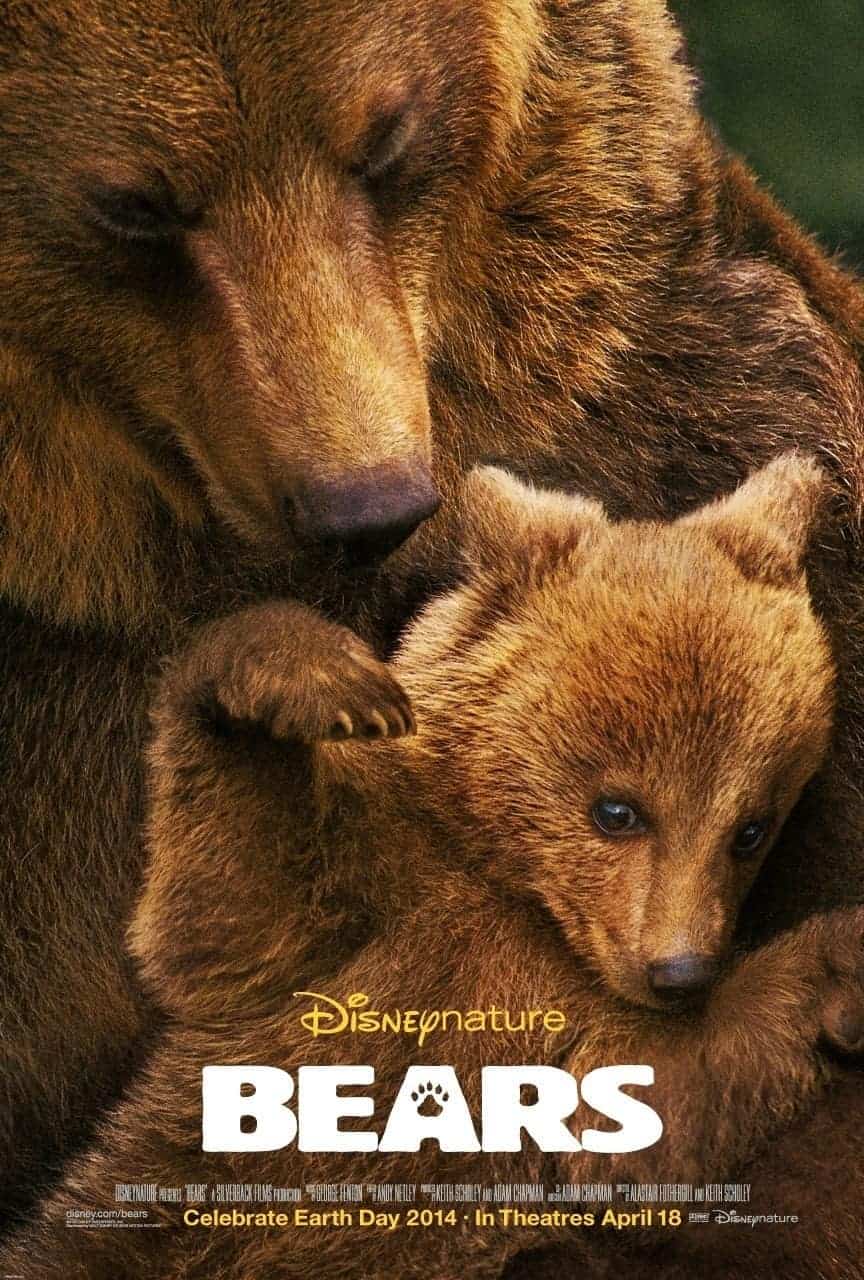 I was already sold on Disneynature’s Bears when the trailer featuring Phillip Phillips’ song “Home” offered up a heartwarming overlay to the captivating shots of grizzly bears frolicking in the wild.

But from the moment I popped in the Blu-ray and hit ‘play,’ I was immediately reminded how impressive these studio documentaries truly are. Every scene was so perfectly framed; one could easily do a screen grab at any time, hit print, and produce a beautiful still image suitable for hanging on a wall.

The same studio behind 2012’s Chimpanzee, a sweet story about an orphaned baby chimp, Disneynature delivers another great installment in its wildlife educational series, this time featuring the voice talents of John C. Reilly.

If you loved the crisp, vibrant visuals of Bears in the theater, you’ll adore the Blu-ray version, which goes a step further, highlighting Alaska’s breathtaking landscapes in crystal-clear shots. Bonus features include segments on how the camera crews were able to get so close to the creatures and provide a behind-the-scenes look at how a movie of this magnitude is made.

If you didn’t see Bears in theaters, the film follows Sky and her two cubs, Scout and Amber, as they brave the harsh Alaskan landscape accompanied by Reilly’s goofy commentary, which can only be compared to that of Bob Saget narrating old “America’s Funniest Home Videos” submissions.

These baby bear cubs, whose first year outside their den is the focus of Bears, are absolutely irresistible. So. Stupid. Cute. You’ll fall in love with these little monsters from the moment you see their little mouths, little feet and little tongues poking out from underneath their mother’s belly (although there’s some question as to whether these infants are in fact the same bears).

If you’re deciding whether to buy the Blu-ray for children, either your own or for a class, this one’s a safe bet. While the narration lacks the savor faire that, say, Morgan Freeman brings to March of the Penguins, it’ll entertain the kids. As an adult, however, I can’t say I’d watch this one more than once.