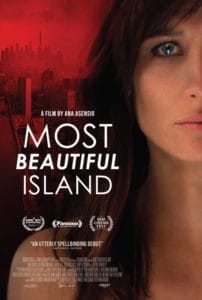 In Most Beautiful Island, Ana Asensio keeps coming back to this idea of uncertainty. In the film she writes, directs and stars in, Asensio – who plays Luciana, a Spanish actress who has relocated to New York City – lives from moment to moment. She works odd jobs, is always looking for what she can do next and, because of her undocumented status, has to live with a particular degree of inherent improvisation.

One of the first things that we see, an early indicator that this movie is one of uncomfortable, mounting stressors, is the main character in the bathtub of her broken-down apartment. There’s a  broken tile on the wall that has been covered up with duct tape. She rips it back. Dozens of cockroaches come scurrying out, plopping into the water. She does nothing. She moves back and gazes at the critters as they splash around. The camera moves to painstaking closeups of their antennae and abdomens, in case we wanted to check and make sure that they really were roaches and not, I don’t know, strangely colored transistors.

What does this scene tell us? Matter-of-fact to the point of operating like a deadpan dream sequence, it’s a fitting introduction to the film’s central thesis. Most Beautiful Island depicts Luciana in that same state, occupying both a constant flux and a frozen impassibility. When she goes to one of her day jobs, babysitting two spoiled kids, she moves between laying down the law and letting them walk all over her. When she goes out to buy a new dress, she covertly damages the fabric so she can buy it off-hand; later on, she flagrantly tosses an empty box into the back of the garbage truck, startling the workers stationed at it. 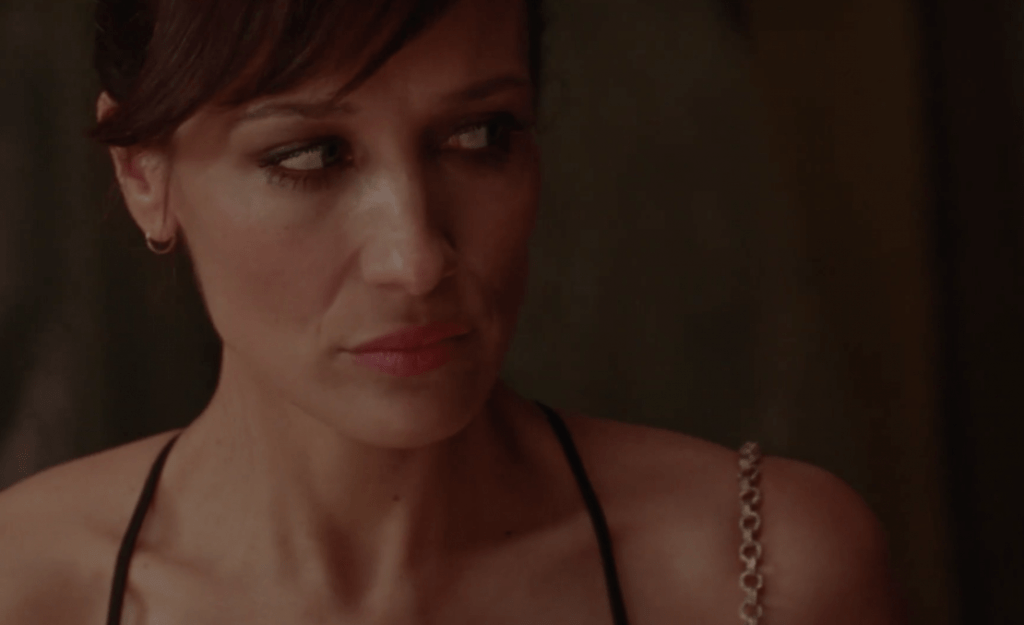 Eventually, Luciana learns of a mysterious job offer. It’s the reason she bought the dress. It has something to do with performing some kind of function at a social gathering. The guests must be wealthy, considering how well she’ll be paid. This sets up Most Beautiful Island’s barnburner of a third act, which manages to set off several common phobias all at once – fear of the unknown, fear of tight spaces and some other fears of which describing them would constitute spoilers. You might think you know what’s going on at the party and what they want her and the other women there to do. But you definitely do not.

Asensio’s greatest strength as a filmmaker is gaining our interest through methodical build-up and unleashing a wave of tension, which becomes unexpectedly compelling. She is a good director. She is a good actress. But she may not be as good a screenwriter. The last third kills and keeps our eyes glued to the screen, yet everything that comes before is lackluster, especially in comparison. Most Beautiful Island doesn’t develop Luciana but depends on her acknowledgement as a protagonist as an automatic given. We care because the film depicts her as desperate, hopeful and scrappy – more traits of the performance than a testament to the structuring of the plot. Everything before the sudden transition to the party feels like a meandering introduction to an incredible short thriller. 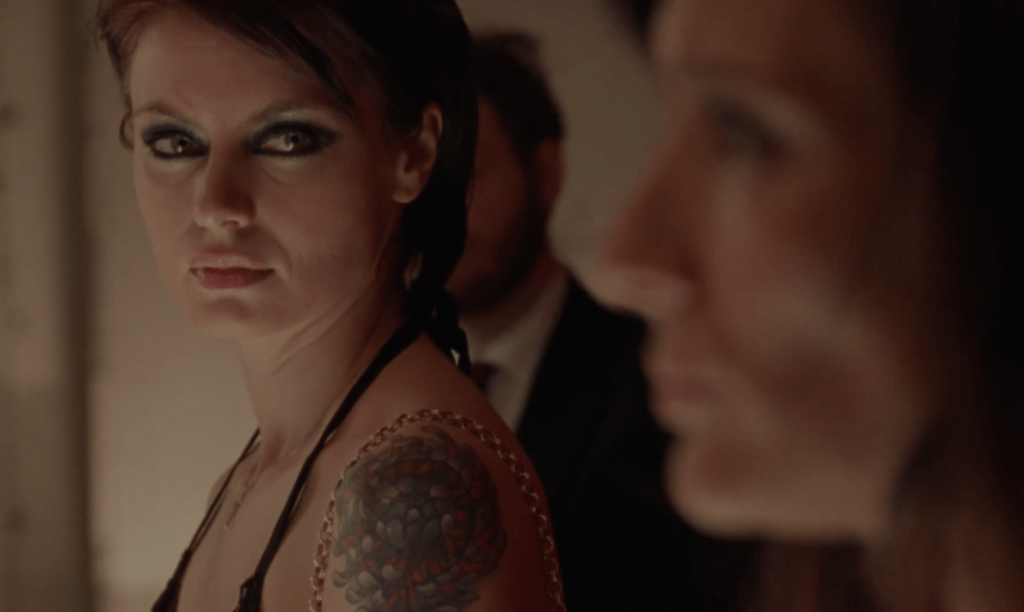 It’s clear Asensio still has a ways to go in developing her craft, particularly if she plans more three-pronged projects like this in the future. But at 80 minutes, nobody could accuse the filmmaker of overstaying her welcome, and she gets a lot done in that space. Most Beautiful Island has many illusions to perform, nerves to rattle and setpieces to conjure up.

Go a little deeper, however, and you see a budding statement within, an elaborate digression against the invisibility of immigrants in modern society. Her ability to balance a message with firm direction shows a self-discipline that deserves fostering. There is something here, and when you watch through to the end and can finally unclench your hands from the armrest and chuckle at the sly final gag that rounds things off, you’ll agree.