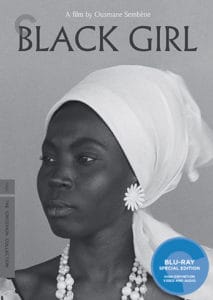 This product was provided for free for the purpose of this review.

Up until this point in time, Criterion has been home to a scant number of African films, two to be precise, both of which come by way of the World Cinema Project – Ahmed El Maanouni’s Trances and Djibril Diop Mambety’s Touki bouki. Their latest entry ups that number to three (obviously) and also marks the first entry for, who many consider, the most important name in African cinema, Ousmane Sembene. His film, Black Girl, which catapulted him into international recognition is too made available because of the work of the World Cinema Project.

If you are new to the offerings of African cinema, and therefore new to Ousmane Sembene, the Criterion Collection’s Blu-ray of Black Girl is a solid place to start. Not only does the disc boast a phenomenal 4k restoration of the film itself but it is also chockfull of supplements that intend to bolster one’s knowledge and understanding of Sembene’s work and African cinema as a whole. Including several pieces that were commissioned by Criterion specifically for the purposes of this release.

Of the two present-day interviews, conducted in 2016, one takes a look at the impact of the film, along with a brief overview of Sembene’s career and his place in history, while the other is a much more informal affair detailing the production and its reception. The former is with Samba Gadjigo, director of the documentary Sembene!; the latter, with lead actress M’Bissine Therese Diop. Although Gadjigo’s is relatively short in its runtime, he does ably compact a significant amount of information into his answers, covering a wide range of topics. The same can be said about Diop’s sit-down, though her recollections tend to lean towards the personal experience of working together with Sembene and the effects of starring in Black Girl ha on her reputation. One interesting tidbit from Diop’s interview would be that the dresses featured in the film were of her own creation; made by hand, herself. 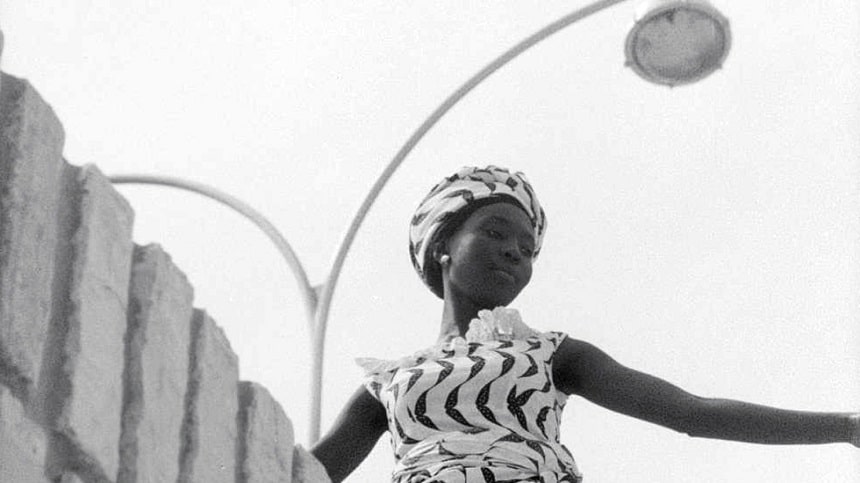 Another feature from 2016 included on the disc is analysis from cultural theorist Manthia Diawara titled On Black Girl, an informative and enlightening breakdown of the film, discussing near about every aspect of the film’s narrative. It is impressive the amount of analysis contained considering Sembene’s film clocks-in at 59 minutes and Diawara is able to espouse the merits of Black Girl and Sembene for 20 minutes or so.

To go along with these modern offerings, there are two supplements from the past. An appearance on the French television show, JT de 20h, by Sembene, fresh off of winning the Prix Jean Vigo, shows the director discussing his early career as a writer among other topics. While a 1994 documentary from Diawara and Ngugi wa Thiong’o, that focuses on Sembene and his importance to African Cinema as a whole, is also included. As is Sembene’s directorial debut, the short film Borom sarret from 1963.

Now, it may have taken the Criterion Collection quite some time in finally setting aside a place for Sembene on the shelf but they do seem to be attempting to make up for the delay by compiling a robust selection of informative and educational material to sit alongside the restoration of his 1966 film, Black Girl. Considering all of the time and resources put into creating this introduction (of sorts) to Ousmane Sembene, I cannot help but think that this just the start of releasing his oeuvre on the Criterion Collection. Let’s, at least, hope so.