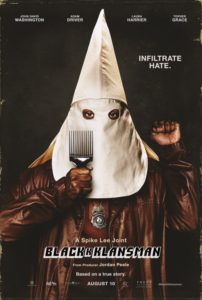 BlacKkKlansman is Spike Lee’s best film since 2002’s 25th Hour and his most vital and challenging since well before that.

Based on the memoir by Ron Stallworth, or as Lee tells us “some fo’ real s*it” that took place in the ‘70s, the period piece highlights appalling social standards and practices that are sadly just as relevant as they are reprehensible 40 years later. This isn’t just the opening of a time capsule; in 2018, BlacKkKlansman is essential. Lee’s bold final flourish pulls recent news clips to provide a stirring, rage-inducing shot of adrenaline that hammers home the theme of lingering, metastasizing hate.

Getting to that point is a crazy tonal ride veering sharply from absurdist humor to horrific displays of casual and overt racism, all in ways that fit together perfectly, speaking to individual well-defined characters as well as broader messages that resonate. The satire is wacky enough to make you laugh at the ignorance of the KKK, while showing that the consequences of that hatemongering are terrifyingly real.

Post-Civil Rights Movement, Stallworth (John David Washington) becomes the first African-American to join the Colorado Springs police department. After being plucked from the station’s file room to go undercover at a local speech by Kwame Ture (Corey Hawkins), the ambitious young officer replies to a newspaper ad recruiting for the KKK, speaking to the head of the local chapter (Ryan Eggold). Because in-person meetings between Stallworth and the Klan would be difficult for obvious reasons, veteran detective Flip Zimmerman (Adam Driver) is brought into the case. The new face of the operation is Jewish.

The plot – which eventually includes the KKK targeting the Colorado Black Student Union, unfolds naturally within this fascinating scenario in which a black man and a Jewish man come together to create a fictional “pure-blooded” white version of Ron Stallworth, members of the two oppressed groups bonding in the face of their tormentors and conning them. The narrative is straightforward, but the layers run deep. 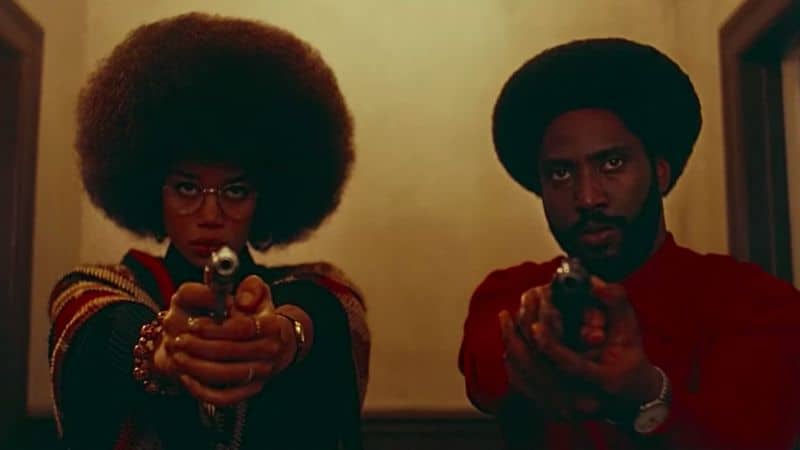 Both detectives are given nuance. As a cop, Stallworth is a different kind of institutional oppressor for Patrice (Laura Harrier), president of the Black Student Union and his love interest, who he’s lying to. Her experiences and enthusiasm help open Ron’s eyes even further. Flip wears a Star of David necklace, but admits, mostly to himself, he hadn’t really thought about Jewish identity until his dealings with the KKK.

Washington and Driver nail all the subtleties, including the latter’s subdued revulsion in the face of the Klan’s rhetoric and the former’s adoption of a “white affect” in multiple phone conversations (not completely dissimilar to Lakeith Stanfield in Sorry to Bother You). The faux friendship he develops over the phone with David Duke (Topher Grace) is particularly uproarious yet maddening. Grace is very good in a tricky supporting role built on smug bigotry masquerading as honor (not completely dissimilar to prime-time Fox News hosts).

With a structure built on engaging juxtapositions, Lee uses every opportunity to highlight and call-out the contrasts. From a clip from Gone with the Wind, to a PSA for white people against integration complete with amusing bloopers (delivered by Alec Baldwin), and the spotlighting of black faces listening with hope during Ture’s speech, various techniques come together as a symphonic sermon that doesn’t feel preachy or disjointed. 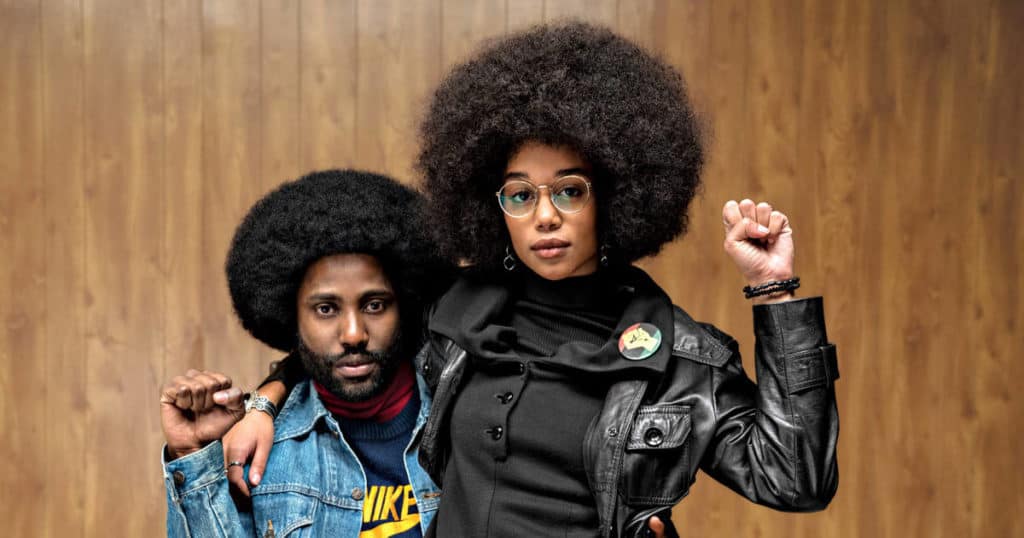 Humor is extracted from the witless white supremacists, their narrow-mindedness and stupidity stupefying, before Lee shows the sad, tragic flipside. A conversation at a makeshift shooting range is funny, and then we see the awful image that’s being targeted. The nonchalant intolerance of the most extreme racists’ wife is successfully played for laughs, and then she becomes a crucial piece of a sadistic plan.

This satire bites with the sharpest of teeth, the most visceral sequence intercutting between a hedonistic Klan screening of The Birth of Nation and Harry Belafonte’s soulful narration of Jesse Washington’s lynching to the BSU. The commentary on culture shaping attitudes and promoting intolerance that leads to violence is powerfully captured, Lee subverting and morphing it into an impassioned call to open eyes and minds.

And just when we think the film goes a little soft with a comedic coda that shows the marginalized gaining acceptance and getting one over on their unenlightened persecutors, the director smacks us in the face with the sad, raw realities of today.

It’s been one year since the white nationalist violence in Charlottesville and disturbing hate speech is still being spewed from the biggest bully pulpit in the world. BlacKkKlansman draws a through-line that spans four decades and continues to be written, and urges us to not get complacent when confronted with evil, however ridiculous that evil appears on its imbecilic face (or ranting Twitter account).