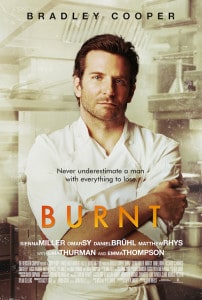 Coming out of the gate strong, Burnt has an interesting-enough premise. A highfalutin, two-Michelin-star chef (Bradley Cooper) hits rock bottom (off screen) and pays his debt shucking oysters in Louisiana. Having gained international recognition in Paris, the American hothead Adam Jones, felt the need to make amends (to himself?) before trying for his third star. Now, empowered with a renewed confidence, he aims to “get the band back together” for another shot at the industry’s highest honor.

Burnt marks the second John Wells’ cinematic directorial effort that has failed to impress me, the last being 2013’s August: Osage County. I really want to like his films, especially because I am such a fan of his other small-screen projects, like ER, The West Wing and Shameless.

Burnt doesn’t lack decent acting; in fact most of the supporting cast did a fantastic job. I was less impressed with the lackluster script, vague and sporadic subplots, an unnecessary romance thread, and – worse – an unlikable protagonist. 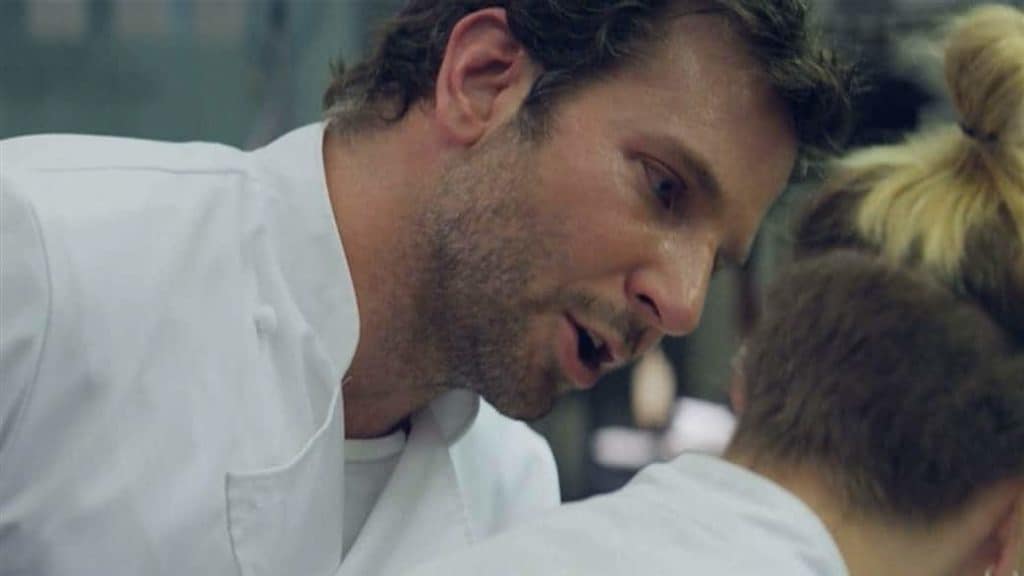 One of the more bewildering and frustrating aspects of the film is why the story starts off in New Orleans, one of the more interesting cities for cuisine, only to set the bulk of the film in London. I kept waiting for the moment when the rag-tag crew of chefs packs up their knives and rebelliously departs stuffy London for the charismatic NoLa. Also frustrating is how Sienna Miller’s character of Helene, despite being tapped for her unrealized skills in the kitchen, becomes nothing more than an empty love interest for Jones.

While there is a depressingly slim amount of character development for the remaining kitchen staff and satellite characters, there are some glimmers of promise from Daniel Brühl as the understated and conflicted Tony and Emma Thompson as Jones’ unofficial therapist.

Perhaps trying to cram too many people and concepts into one story, Wells couldn’t seem to help Burnt find its footing, and the payoff – or rather what amounts to an almost eye-rolling attempt at personal growth from Cooper’s Jones by the film’s end – is a let-down.

For those pondering whether to see this one in theaters, my recommendation is that they stock up on plenty of butter and the freshest ingredients that they can find and then go rent one of the aforementioned films to find inspiration.