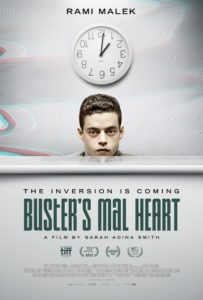 Playing like Donnie Darko crossed with half-baked Coen brothers sensibilities, Buster’s Mal Heart feigns complexity and depth to hide a relatable, yet tedious story about a man trapped in his mundane reality. The fractured journey to spiritual and narrative revelation is made tolerable by smoothly expressive star Rami Malek, but the film is never as intriguing as what’s suggested by his soulful, straight-faced gaze.

Malek plays Buster, an unkempt mountain man who breaks into unoccupied vacation homes in the woods for shelter. He’s also Jonah – perhaps Buster in a previous, more normal life – as a nighttime concierge for a dismal roadside hotel. Jonah’s professional and personal lives have swallowed him whole. He sees the dreary job as the means to an end, hoping to save money to buy a plot of land where he, his wife Marty (Kate Lyn Sheil), and their young daughter can live off the grid.

There’s also a third incarnation, resembling a malnourished Buster, adrift at sea on a small boat. Biblical allegory is made more apparent the first time this version of the character is shown, bearded and wearing a dingy blanket like a veil.

Hopping back and forth between the banalities of Buster and Jonah, writer/director Sarah Adina Smith wrings a bit of intrigue by playing with the timeline (even within the individual strings), leaving plot breadcrumbs, and raising questions about fantasy versus reality. However intricate the connections and contrasts may be, the goal of the wandering story is never really in question. And whatever the answers are involving how Jonah is related to Buster, much of the significance is lost is existential incoherence. 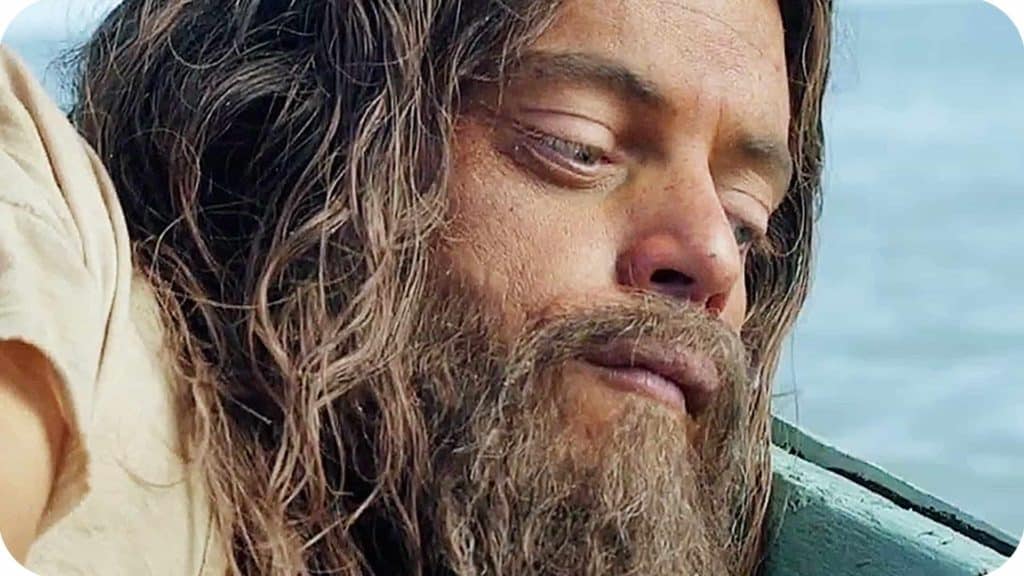 There’s talk of wormholes and a mysterious process called “The Inversion,” along with a drifter (DJ Qualls) who shows up at Jonah’s hotel, claiming to be “the last free man” and spouting pre-Y2K conspiracy theories. Aside from giving the film an approximate time period, Qualls’s wanderer is simply a convenient screenplay mouthpiece, forcing Jonah to further question his state of being and the meaning of it all. The path to breakdown and parallels with Buster’s story are clearly paved and all of the background noise suggesting cosmic phenomenon doesn’t add up to much.

It’s also hard to buy into profound intricacies when themes are so plainly stated visually. Characters watch TV cartoons that are obvious metaphors, one of which is helpfully explained verbally by Malek in a bit of painful dialogue. Near the climax, on two separate occasions, there’s a representation of two diverging paths and choice(s) that are made of which to follow.

Occasionally, the downhome comedy in each section – from a Deputy Sheriff searching for Buster or Jonah’s boss – works in the moment, but those moments are rare and lack a fundamental connection to the monotony. Compositions are similarly effective in a void, Smith and cinematographer Shaheen Seth capturing snowy mountain landscapes, the unhealthy green glow of the hotel’s color palette and fluorescent lighting, and the open sea, with an eye for both grand and simple symbolism.

While the look of the film, its star, and its mechanical conceits could form the basis for engaging metaphysical drama, there’s a lack of genuine mystery and questionable emotional stakes. Neither the abstract or literal elements resonate and the beats of Buster’s Mal Heart are confined to an echo chamber.