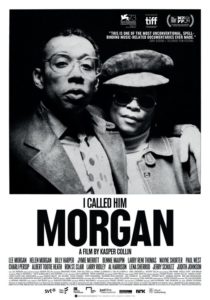 I am usually not a fan of music documentaries; they often feel self-infatuated, and having worked as a music columnist, I am a bit fatigued by them. Yet I Called Him Morgan is a refreshing, absolutely fascinating doc about the life and death of jazz trumpeter Lee Morgan, told by those musicians who played alongside him, as well as – amazingly – by his own murderess.

Lee Morgan was only a teenager when his talent began to emerge, and before long, he was playing with the Dizzy Gillespie Big Band and making a name for himself in the jazz scene. The trumpeter’s story is told through stunning imagery, which is made up of mostly candid, black-and-white photos from the 1960s that show Lee Morgan and his bandmates in various states of concentration, jubilance and music making, usually with a cigarette hanging off a pouted lip or nestled between two fingers. The players, often shown slouched and engulfed in thick clouds of white and grey smoke, look picturesque, almost otherworldly…of an era that one can only dream about nowadays.

Jazz concerti provide an emotive backdrop during the interviews and take center stage as “mini intermissions” so as to provide indisputable proof of these musicians’ killer skills. Jazz lovers will appreciate the insights and anecdotes offered up by the likes of Wayne Shorter, Paul West, Charli Persip, Albert “Tootie” Heath, Jymie Merritt, Bennie Maupin, Billy Harper, Larry Ridley and more. 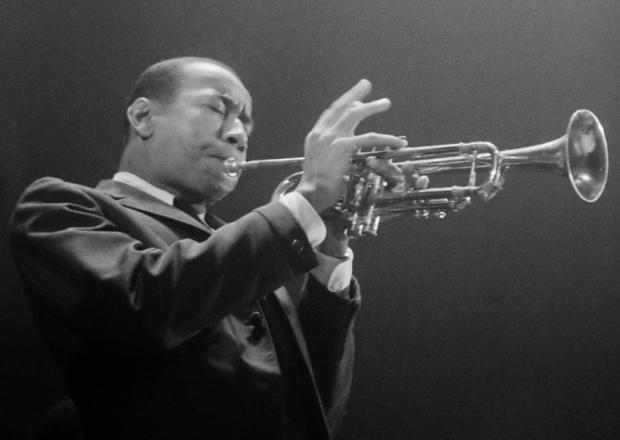 Shot by Bradford Young (Arrival, Selma, A Most Violent Year) – who this year became the first black American to be nominated for the Best Cinematography Oscar – and Erik Vallsten and written/directed by Kasper Collin, this film brings to life the incredible tale of a promising young musician who seemed to love his music, fashionable garb and life in general but who also struggled desperately with addiction. Despite eventually finding his way back to the stage and back into the forgiving arms of those he jilted, the 33-year-old Morgan met an untimely and tragic end.

Perhaps one of the most compelling aspects of I Called Him Morgan is the way Lee’s killer, his common-law wife, is portrayed throughout the movie. We know from early on who she is and what she has done, but her story is told with a similar tenderness to Lee’s, and one can’t help but to begin to empathize with her.

Helen Morgan became a mother for the first time at age 13. After some missteps, through sheer gumption, she made her way in the world all on her own, settling in New York City, where she and Lee would eventually meet. Collin paints a portrait of Helen – through interviews and her own words, via archival tapes – of a person who history may have otherwise forgotten.

Helen is described as a nurturing woman who opened her home up to just about anyone, who was almost constantly cooking meals for her guests, who had a good job, who hung out with famous jazz players and who played street craps in a form-fitting dress. Helen admits to an interviewer that she wasn’t always a nice person, and this openness, together with her shaky vocal cadence, slight defensiveness and affective autobiographical confessions humanize Helen in an unexpected way.

I Called Him Morgan is a crime thriller, love story and Shakespearean tragedy and is one of the best documentaries I have seen all year.