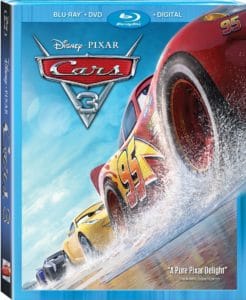 Telling a timeless story of what it’s like to no longer be the top performer in your field and to see the next generation zooming up behind you…and then past you, Cars 3 is a thrilling and emotional ride with a lively cast of characters. The aging-athlete storyline centers on Lightning McQueen (voiced by Owen Wilson), the superstar racer who begins to see his peers, who are aging themselves, fall away from the sport as the next-generation of high-tech racecars begin winning.

In a behind-the-scenes interview, director Brian Fee discusses his method of determining the emotion he wanted to convey in Cars 3 in order to assemble the plot around that feeling, but after several “spirited debates” in the writers’ room, the story of the film changes as emotional responses to the film’s scenes and its characters form.

As with most Pixar releases, the art in Cars 3 is presented in stunning detail, and making this particular movie stand out is the incredibly lifelike backdrops and realistic-looking vehicles (with the obvious “cartoon” gags mixed in to keep things light of course). It’s a classic story but one that has several twists and a beautiful ending, as well as a memorable performance by comedian Cristela Alonzo as newcomer Cruz Ramirez. 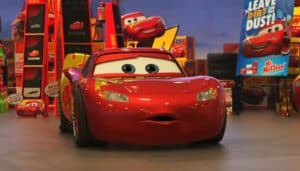 The Blu-ray/digital/DVD combo pack has some solid features, spread across two discs, including these neat, camera-like “flyovers” of major sets in the film – the speedway, training facility and a town that is important to the story’s script but that I won’t reveal here. There’s a sweet featurette with Kerry Washington (the voice of Natalie Certain) discussing her first car, a Toyota Prius, and Pixar staffers Valeria Barra and Craig Foster discussing their fond memories of their first cars, as well as an interesting look at the more than 1,500 diecast cars that have been made of the Cars characters.

Like Moana’s animators managing to masterfully personify lava, smoke and water and detail the heroine’s hair like never seen before with its characters, Disney’s animators for Cars 3 stepped up their game by developing just about every texture of dirt and mud imaginable. In a scene shot at a demolition derby, the film’s protagonists are racing amid some of the craziest effects ever seen in racing, including dangerous dirt, smoke, fire, explosions and crashing, on a figure-eight-style track. There’s a cool behind-the-scenes look at how this was all done. 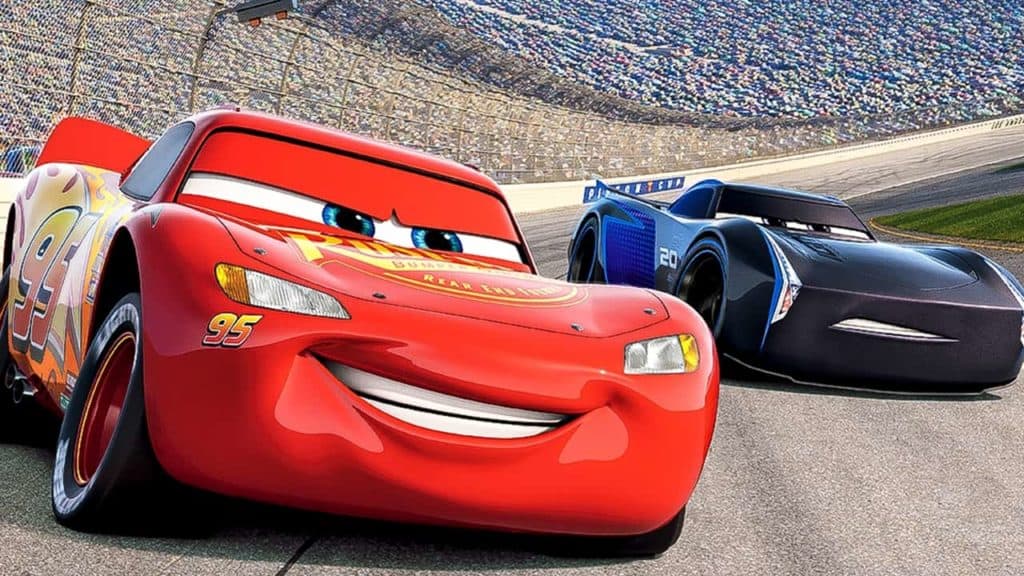 This combo back gets a huge recommend from me on the caliber of the film alone. Even if there were no features included, this movie is one that is definitely worth a watch if you missed it in the theaters. If you did catch it on the big screen like me, you’ll enjoy the impassioned telling of the research done for the film, with important discussions about racial and gender bias, staying true to one’s self, developing a sense of confidence and respecting your predecessors.