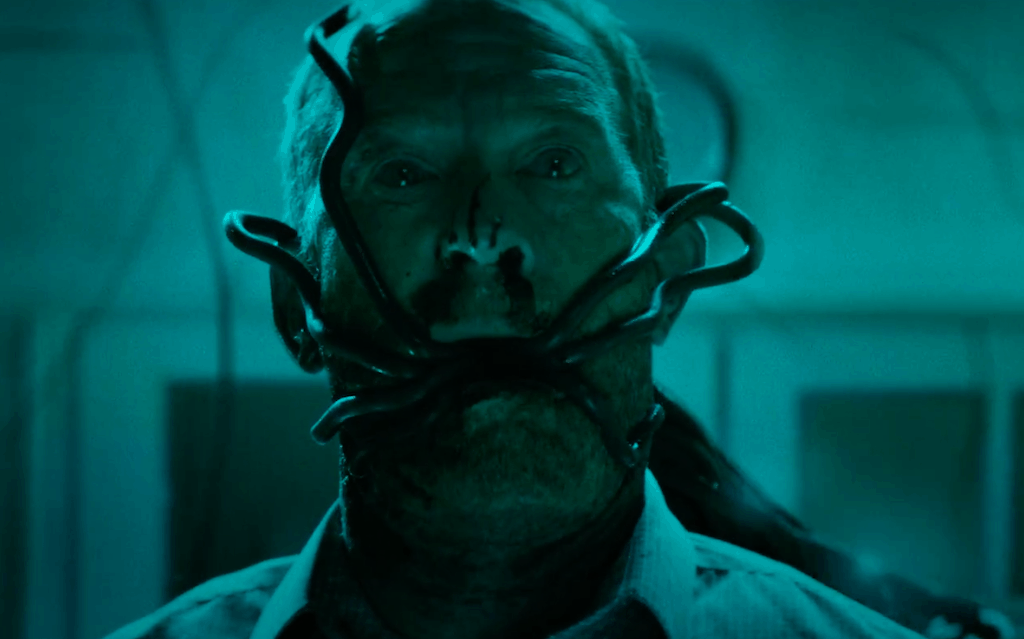 This is a repost of our review from Cinepocalypse 2018. Await Further Instructions opens in theaters Friday.

This week, we’ve watched feckless bureaucrats and law enforcement officials act inhumanely under the guise of security and following a non-existent law. The serious, real-life cruelties occurring at America’s southern border, and the encroaching darkness of the last couple of years, make this an apt time for genre films to add to the discourse and perhaps provide some escape. Await Further Instructions, which just made its world premiere at Cinepocalypse 2018, certainly does.

Horror films often hold up a mirror – or in the case of Await Further Instructions, you could say a Black Mirror, to society – commenting on its ills through genre expression. British director Johnny Kevorkian’s unraveling nightmare is a visceral, pertinent examination of the human condition as rules of order and decency break down and a chilling, mysterious new reality takes over. Sadly, the journey to hysteria doesn’t feel like too far of a trip, with elements that are terrifyingly plausible.

Nick (Sam Gittins) has been estranged from his family for some time but is returning home for a Christmas visit, girlfriend Annji (Neerja Naik) in tow. Mom (Abigail Cruttenden) is welcoming, but his haughty father, Tony (Grant Masters), is standoffish. Grandpa (David Bradley) is openly bigoted, making cracks directed at Annji. Saying that “his” country used to be “great” before the influx of immigrants may be a little on the nose. Nick’s ditzy, pregnant sister, Kate (Holly Weston), and her lump of a husband (Kris Sadler) are more aloof in their narrow-mindedness. 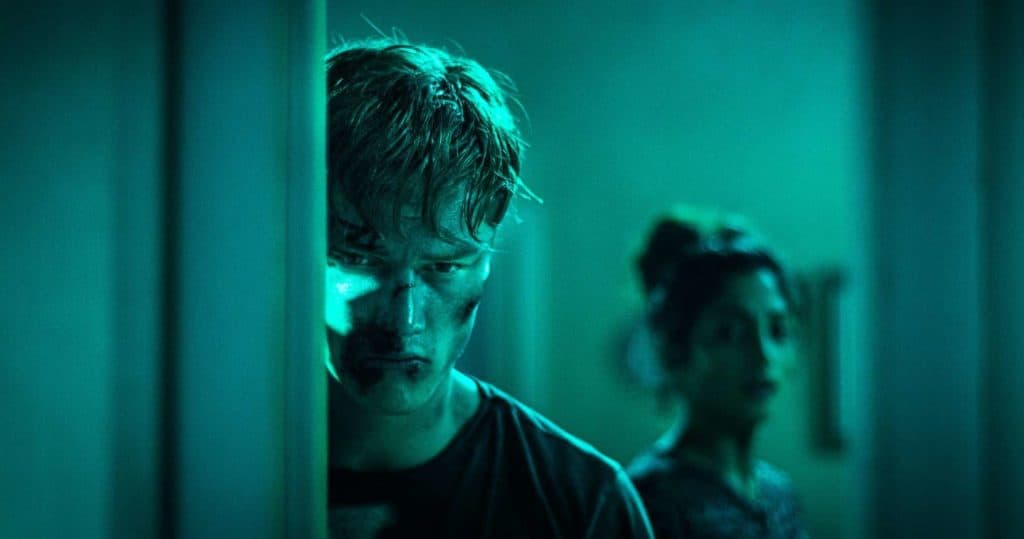 Before Nick and Annji can escape the increasingly uncomfortable situation, a strange impenetrable barricade vacuum-seals the house, leaving no exits and no way to see what’s going on outside. Shortly after they’re trapped, a message appears on the TV screen reading simply, “Stay indoors and await further instructions.” First believing it to be some kind of government response to a terrorist attack, the family attempts to have a somewhat normal Boxing Day. When further, and also demented, instructions begin to come, things go from normal to insane in short order.

Kevorkian shows growing paranoia early with the hostility toward Nick and Annji, which makes them outcasts as the tenuous grip on civility within the home erodes. It also doesn’t bode well for the group that the targets of escalating aggression are the smartest, most capable and most level-headed among them. But in this scenario they’re “the Other,” so the hell being brought down upon this home must be their fault.

Ominous overhead shots during the opening credits as the couple drives into the lion’s den establish a sense of foreboding, as does the simple text scrawled on the TV, written in a font that resembles an old 8-bit video game, emanating a sickly, alien-looking green glow. The escalating intensity of the directives increase the tension as Kevorkian makes good use of the cramped single location, isolating some characters and leaving no escape for anyone. 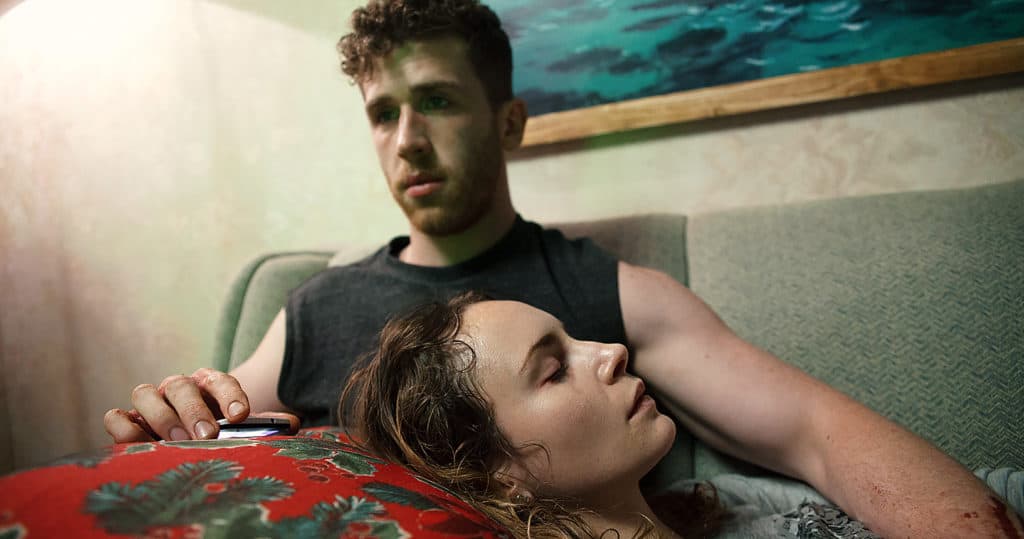 Even as nasty wounds are suffered and all sense is lost, some in the group remain convinced that following whatever sentient being in guiding their hand and their thought process via the TV screen must be obeyed to remain secure and maybe even achieve salvation. It’s heady, scary stuff and the screenplay from Gavin Williams piles on the crazy incrementally, always allowing us to believe that these characters would actually think and act as they do.

This is what can happen when a heartless, barbaric ideology takes over; it’s a virus that can poison and destroy everything. The madness gets a little too Cronenberg-y in a final act that veers far afield from the deranged, yet contained, madness of what came before, with body horror shocks that create somewhat of a disconnect with the psychological trauma. Ascribing some kind of abstract answer to the happenings feels a bit incongruous, but the overall impact remains.

We can’t lose our heads in the face of evil dogma built on deceit, nor can we just stand by and watch as it takes over, however helpless we may feel. If we do, we’re doomed.