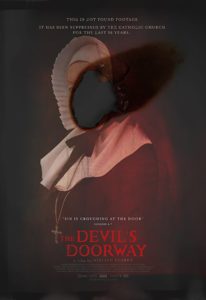 The Devil’s Doorway is the best found-footage film I’ve seen in a long while, an honor that may not mean much considering the staleness of the genre, but it’s a really good movie. Though it starts with an annoying quaky-cam flash-forward, complete with a videographer who yells repeatedly into a black void instead of dropping the camera and getting the heck out of there, the movie slows way down to tell an intriguing, character-driven story. It’s also spooky as hell, with some biting commentary on the history of the Catholic Church and a setting that grows increasingly claustrophobic and menacing as the narrative deepens.

Director/co-writer Aislinn Clarke freshens up the found-footage aesthetic by going back in time to create a period piece supposedly shot on 16mm. The footage also hasn’t been “found.” It’s been “suppressed” by the church. They’re gonna be super-pissed that it got out.

In 1960s Ireland, the Vatican dispatched Father Thomas Riley (Lalor Roddy) and Father John Thornton (Ciaran Flynn) to one of the country’s notorious homes for “fallen women” to investigate the potential miracle of a statue that cries blood. True to their Biblical names, the elder Father Thomas is a skeptic who’s debunked many past miracle claims, while young Father John is a faithful follower who Wants To Believe.

During the investigation, shot mostly by John, the priests must deal with the institution’s cantankerous Reverend Mother (Helena Bereen, great at being unlikable) and learn of some very un-Christian-like behavior. This includes the deplorable treatment of pregnant teenager Kathleen (Lauren Coe), who’s locked in the basement and nearly starved. 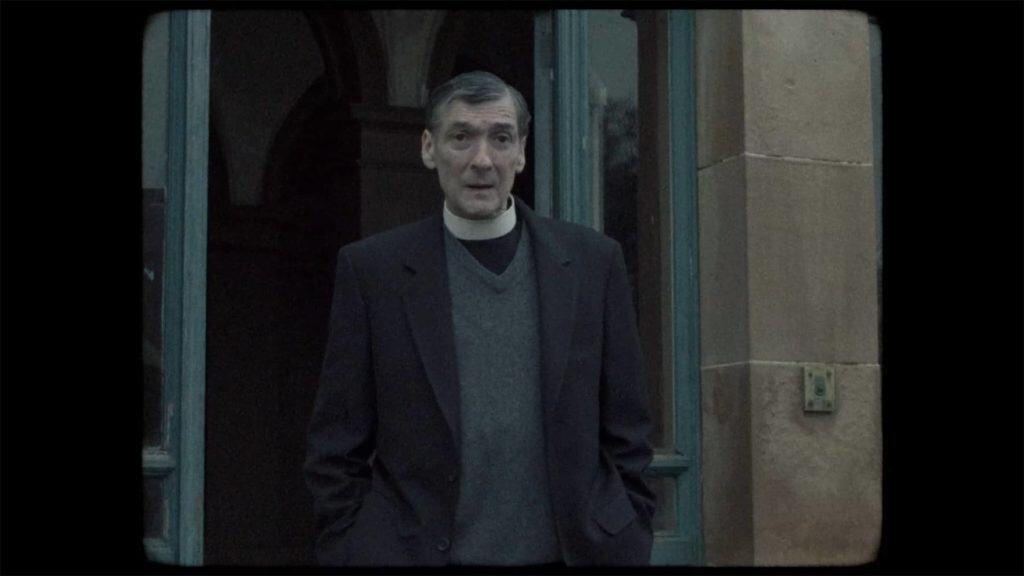 The Devil’s Doorway definitely goes to some places you may expect for a movie about two priests dealing with a young woman chained to a bed, but it also goes to many more you may not see coming. The film takes its time developing the potentially supernatural happenings, incrementally supplying information and tying them to Father Thomas’s shaken and evolving belief system, along with his own methodical inquiry into the crying statue.

Early on, he has an explanation for everything, even making a few nice cracks about the filmed footage being unreliable. His exacerbation with the process could be an astute comment on the genre itself. Roddy is fantastic in the lead role, doling out advice and church-weary teachings to his young colleague, and we feel the struggle between reliable faith leader, cynic and a man having difficulty reconciling the church’s teachings with its real-world practices. 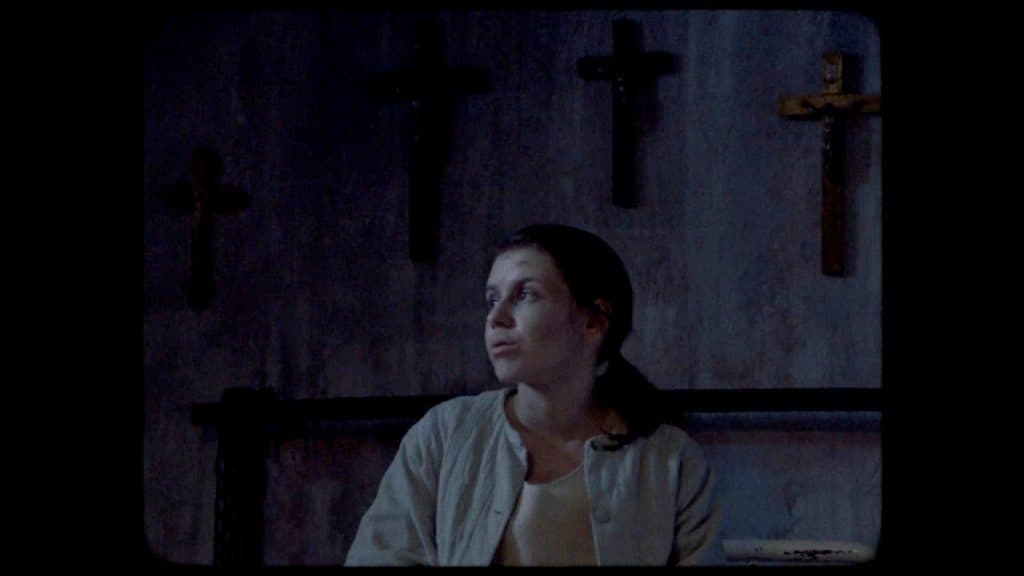 As evidence mounts and the situation grows more intense, so does Thomas’s anger, acting as a vessel for virtuous rage at the Church to which he devoted his life. One of the ever-pertinent themes is dealing with the Church’s rampant hypocrisy and the need to tie one’s faith to an organized religion that would allow, and even condone, such ugliness. Roddy’s is a layered performance that conveys a conflict going way beyond standard found-footage sound pops, video distortion and other camera manipulations designed for cheap thrills.

Some of those tropes unfortunately crop up in a final act that involves a constantly flickering camera bulb and jittery pans, but by that point the investment in Thomas’s crises of faith and identity are enough to overcome the customary artifices.

The boxy aspect ratio with rounded corners, 16mm sheen that makes each frame look like a historic photograph, and believable issues with sound – like occasionally muffled dialogue – also act as pleasing counterbalances to the typical found-footage tricks. In the end, there are many more meaningful things, historic and current, to debate and discuss than whether the jump scares were set up effectively.