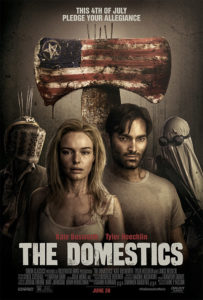 Fury Road runs through Wisconsin in The Domestics, an impressive debut feature from writer/director Mike P. Nelson and a perfect way to kick off a festival like Cinepocalypse 2018. For lovers of survivalist savagery, dark humor, practical mayhem and other genre goodies, The Domestics is bliss.  It’s also neat to see the Orion (Classics) logo on the big screen again.

A quick voiceover from Nina (Kate Bosworth) gets us up to speed on what led to the post-apocalyptic landscape of the Upper Midwest, and, presumably, everywhere else in the country. It’s an interesting idea that thankfully isn’t explored too deeply or ruminated upon. The thrills and chills are very in-the-moment, as they should be. Occasionally, we’re taken out of the conflict by a radio DJ for some exposition, explaining what happened and what’s probably going to be happening soon in a hacky, morning-zoo voice, but those intrusions wane as the film kicks into high gear. 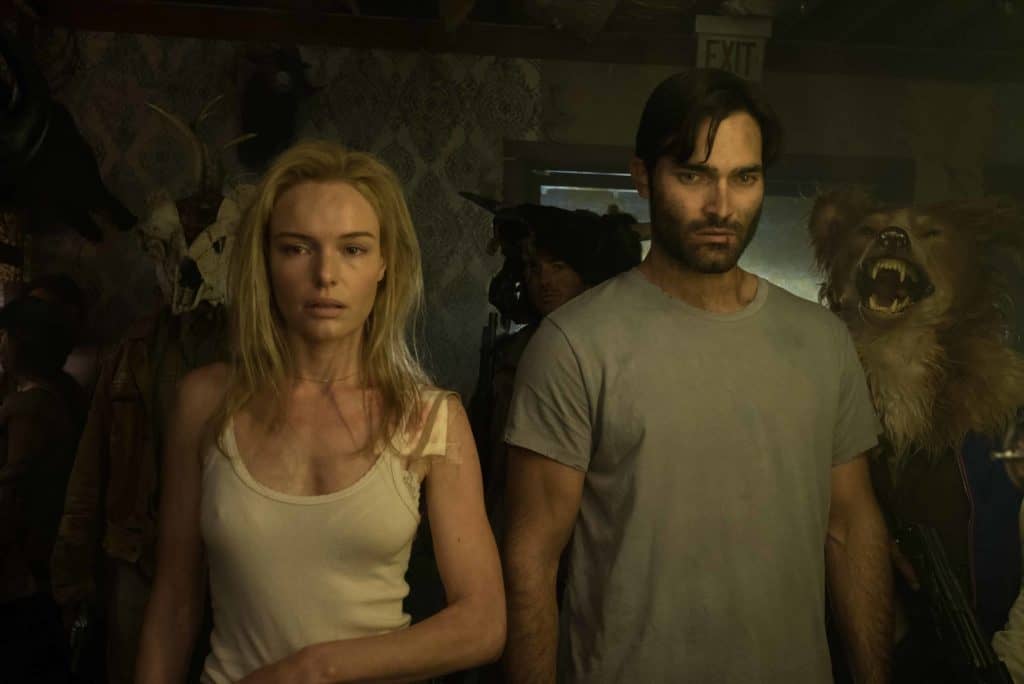 Nina and her husband, Mark (Tyler Hoechlin), are known as domestics, citizens who attempted to maintain some sense of normalcy after being beset by catastrophe, trying to avoid the many tribal factions battling for territory and marauding in the area. These groups have colorful names, including “The Sheets” (who wear sheets like cheap Halloween ghost costumes as they mow people down with machine guns), “The Gamblers” (who play games of chance before killing people) and “The Plowboys” (who have a really, really big plow). “The Nailers” will nail you with anything they have.

After losing radio contact with Nina’s parents, who are a couple hundred miles away in Milwaukee, she and Mark decide to trek through gang country, and a 24-7 Purge, to check on them. Not surprisingly, the gangs make the journey quite difficult…and bloody and weird and very entertaining. 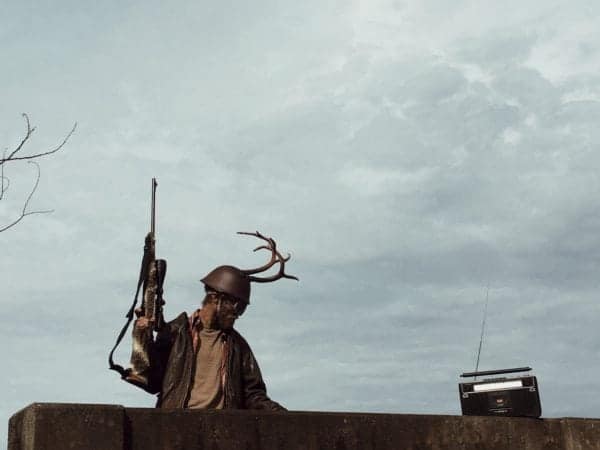 Nelson grounds the chaos with a pleasingly dense central relationship, giving Nina and Mark a rich history and current romantic friction that doesn’t require arduous backstory or phony tropes to work. Bosworth and Hoechlin are great, conveying the couple’s clear affection but also the gloominess, both interpersonal and the effects of the crazy new world order surrounding them. They’re also convincing when handling various armaments and fighting through some seriously messed-up stuff.

The drama unfolds organically from within the gloriously gory madness, and if you’re here for the impalements, blood sprays and other assorted carnage, The Domestics has you more than covered. The viciousness is orchestrated well – though an early pattern of Nina and Mark driving, running into a new batch of psychos and getting into a confrontation is a tad repetitive.

The bloodletting is high on gore and often inventive, sustaining enjoyment of the action. Nelson also subverts some of the barbarism with well-timed humor, using fixtures of the genre, like custom weapons and souped-up vehicles, to call out the ridiculousness of creating such elaborate instruments of death. 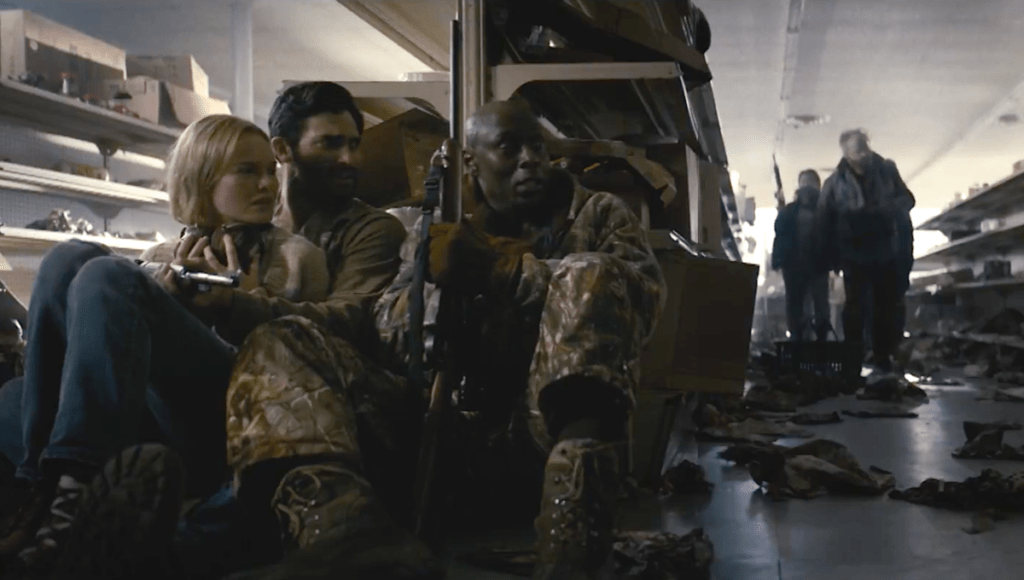 Among the assortment of murderous misfits, Sonoya Mizuno and David Dastmalchian stand out as a silent, avenging-angel type and a very talky eccentric, respectively. Lance Reddick, and his smooth baritone, is also good as a fellow domestic who assists Nina and David at one point and has them over for a customary dinner party with his family. That traditional gesture takes a fun turn befitting the world of the film and its nuttiness.

The Domestics creates an interesting, totally whacked-out environment that recalls many doomsday movies (including Doomsday), but the realized universe and setting of agrarian Wisconsin are original enough, with the marriage drama and political subtext peppering in some flavor along the way. Also, the various looks of the weirdos and the use of their grievous accoutrements is just plain cool. The Domestics is a great time spent in a brutal, often delightful, rural and suburban wasteland.