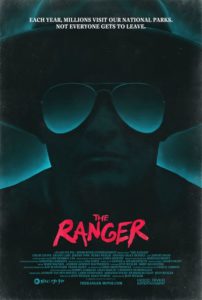 This is a repost of our review from Cinepocalypse 2018. The Ranger opens in limited release and on VOD platforms Friday.

The Ranger has a ton of fun with ’80s slasher traditions but never turns them into a joke, marrying a punk-rock exuberance with some nasty bloodshed. Even at a short 77 minutes, however, some languid pacing – especially in a protracted second act – dulls the experience. Despite its issues, the film’s odes to convention and then wild tweaking of the standard formula make me excited for whatever first-time feature director Jenn Wexler does next.

A prologue shows a young girl being cared for by a park ranger (Jeremy Holm), whose fatherly ways are strangely formal, especially as he cuts the crust off her sandwich with a Bowie knife. Now a pink-haired teen punk, Chelsea (Chloe Levine), and her friends have a violent encounter with the cops, escaping to hide out in a cabin in the woods owned by her family.

Once there, fuzzy memories of her doting uncle (Larry Fessenden, because of course), who cared for her on the property, come flooding back. Meanwhile, her crew encounters, and runs afoul of, the same ranger from all those years ago. If you don’t follow the park rules, he gets very, very upset, and the punks make a fine group of rebels at whom to get upset. It all culminates with the rule-breakers getting their violent, disproportionate comeuppance and the exposing of a traumatic past.

There’s vibrancy in the setup and crazy ending, from the hallucinatory neon of the punk rock drug scene early on to the delirious, blood-soaked final confrontation, serving as energetic and thematically congruent bookends set to a killer punk soundtrack. That liveliness gets lost in a saggy middle section in which the five punks talk in circles and muck around the cabin for what seems like a long time before the ranger dolls out his brand of twisted justice. 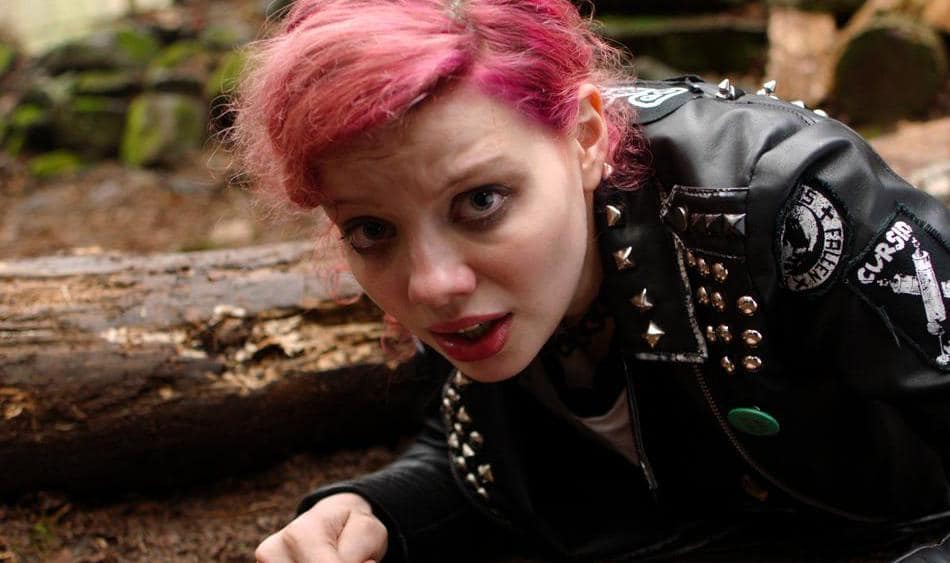 The characters’ interpersonal issues and the attempts to frame them as atypical slasher victims aren’t all that interesting, as the script hits the same points over and over. There are also issues with the flashbacks becoming too frequent and too much of an interruption to the main thrust of the action.

Levine and Holm are both very good, sharing an awkward chemistry that makes us question the nature of their relationship and keeping us interested in where things may be headed. Hints are dropped about the ranger’s history and reasons for extreme love of the rules, but it’s never explicit or corny, also adding to the mystery and welcome sense of weirdness. 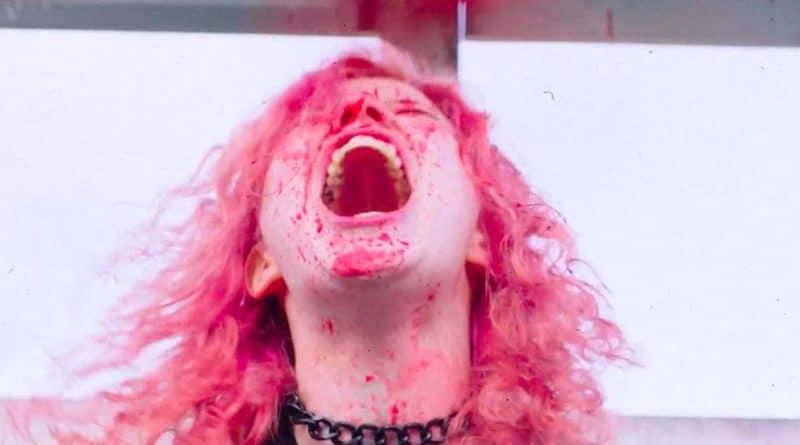 Holm nails the antagonist’s strict recitations of various park ordinances before shooting his gun, swinging an axe or educating the punks about the flesh-eating wolves in the area, making for a formidable, and often fun, psycho. He even gets what resembles a slasher-style mask at one point, thanks to some spray paint.

The character certainly offers the story and the mannerisms to explore and exploit further. Kills are satisfactorily gruesome, with moments sure to please splatter fans. There’s enough to appreciate here to overcome any of the staleness, and The Ranger is recommended for fans who want to enjoy some old-fashioned, passionate slaughtering while being taken down some fresh, unexpected rabbit holes. In this genre, Wexler is definitely a filmmaker to watch.