Stuck somewhere between a gothic Hammer-horror throwback and trashy revenge-sploitation, The Russian Bride has trouble fully committing to a style or a story. Things finally get batty and bloody, and Oksana Orlan is fantastic in the crazy final act. Unfortunately, the meandering road to get to her showcase is littered with lapses in logic, questionable choices in other performances and dubious production issues, regardless of the budget constraints.

Single mother Nina (Orlan) is desperate to flee poverty in Russia and to make a better life for her daughter Dasha (Kristina Pimenova) in America. Reclusive, peculiar billionaire Karl Frederick (Corbin Bernsen) becomes enamored with Nina’s profile on what looks to be a circa-1999, mail-order-bride website.

After a couple of clicks, Nina and Dasha move into Karl’s secluded Tudor estate. Following fast nuptials, Nina contends with her new husband’s unhinged nature. Much of the movie is just observing how crazy this old rich dude is and watching Bernsen attempt to get through a bunch of schizo monologues.

The setting of a sprawling, snowed-in estate offers potential, and the mansion is charmingly lit and staged. It’s presented as bright, warm and welcoming instead of the typical cold and cavernous. Director Michael S. Ojeda, who also wrote the screenplay, and cinematographer Jim Orr create an artifice where dark secrets could be uncovered in interesting ways beneath the cheery façade, but there’s no buildup or interesting turns before all is revealed.

Within the somewhat atypical thriller setting, there’s a hodgepodge of standard elements that serve little material purpose – a hulking mute assistant, a complicit old chambermaid, some flickering lights, a ghost (maybe? I think) and some murder. By far the coolest thing in the home is Karl’s collection of 35mm genre films. The imposing assistant and Dasha watch Frankenstein together, specifically the scene of the monster and the little girl by the lake. How appropriate.

The movie flounders before getting to Karl’s motivations – a shame because there’s potential there, too – randomly stitching together various story elements sourced from a standard suspense template without generating any actual suspense. The pacing is lethargic with no endgame in sight. Some of the more off-putting developments, including woman-brutalizing and allusions to child abuse, stick out as especially gross without context and unnecessary in the grand scheme. 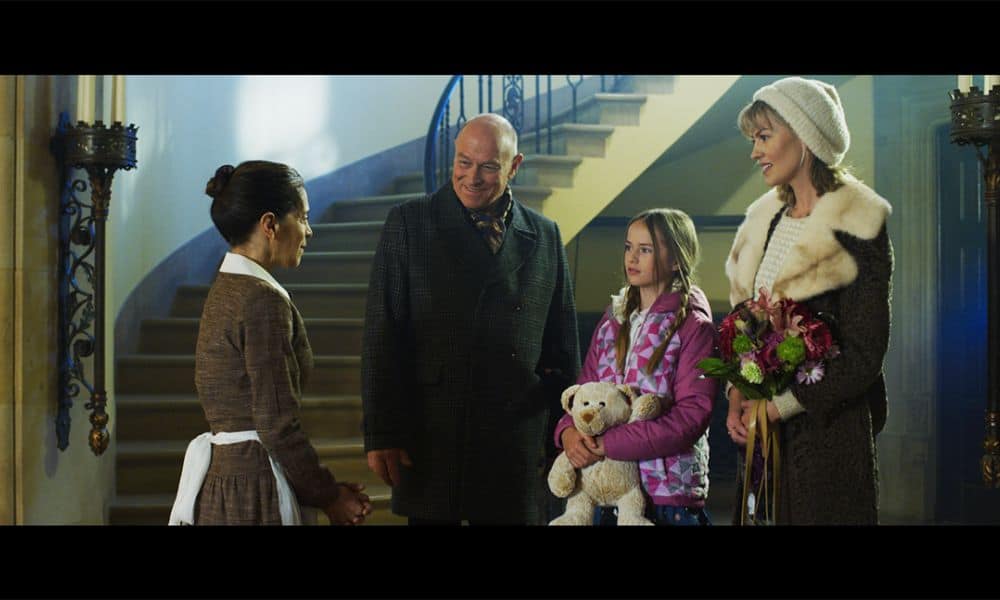 Cringeworthy moments aren’t limited to story, with some glaring editing and composition miscues, even with simple shot-reverse-shot conversations that don’t sync. The choice to include poor-looking digital snow and icy breath, among other things, is also suspicious. It doesn’t seem worth it.

When Karl’s secrets are revealed, far too late, The Russian Bride kicks into high gear with the assistance, in part, of large amounts of cocaine. The finale is gloriously manic, playing out like a new Crank sequel.

If only a fraction of that energy or motivation were present in the film’s first hour and a half, we may have had something. Although it’d probably take Tony Montana to get the amount of coke needed to liven up that lame party.