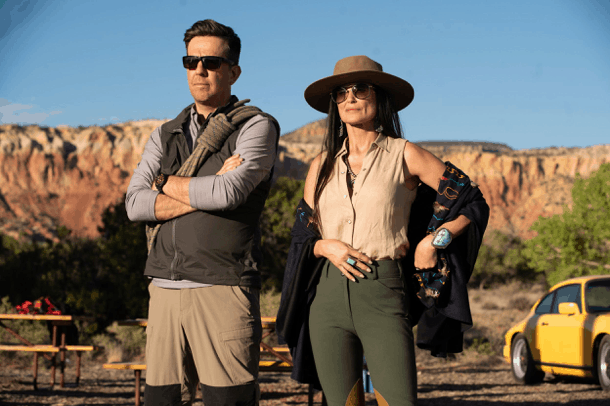 You can see the movie that Corporate Animals wants to be, as there are instances when its wild mixture of satirizing capitalism, horror comedy and peculiar banter create some moments that succeed in being uniquely funny. But somewhere along the line of trying to maintain this balancing act, things fall apart.

The pace vacillates constantly; the performers, though good, seem to be on different pages; and not every joke is sufficiently robust to survive the tonal extremes that Sam Bain’s script demands. It’s an ambitious project, to be sure, but it can’t always stick the landing because it’s often unclear where the landing is supposed to be.

On one hand, the film deserves points for its clear disregard for any conventional sense of status, but on the other, it’s still not quite off-the-wall enough to feel like it has immediate cult potential. In a movie where cannibalism is the least weird thing that happens when the action gets started, there’s a certain expectation that the stakes can only get raised higher and higher. 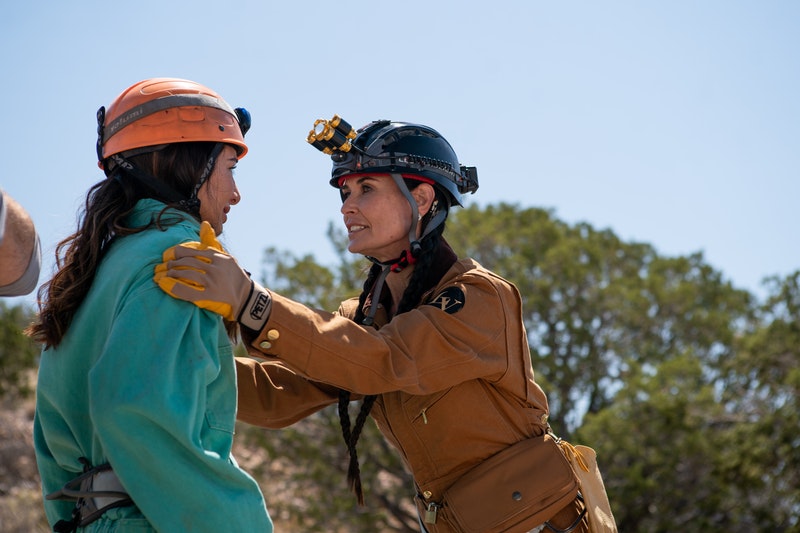 The cannibalism comes about as the result of a company retreat gone very wrong. Corrupt CEO Lucy (Demi Moore), who heads a most unusual company — whose flagship product is a line of edible cutlery, leads her core staff on a wilderness expedition that involves exploring a cave.

But when an earthquake traps them inside, this group of individuals, who never got along under the best of circumstances, will have to fight for their survival and all that entails. Brandon (Ed Helms), their obnoxious guide, was killed in the initial cave-in, and it’s his remains that become the object of their desperate quest for food before things start to get really weird.

Bain packs the cramped space with big personalities and elevates conflicts that are only accentuated by the situation — from expected company struggles like the friction between Jess (Jessica Williams) and Freddie (Karan Soni), two junior employees jockeying for the same promotion, to Aidan (Calum Worthy), whose increasingly detached actions caused by a gangrenous leg wound becomes a regular surrealistic interlude, before other surrealistic interludes from other characters supplant his own. 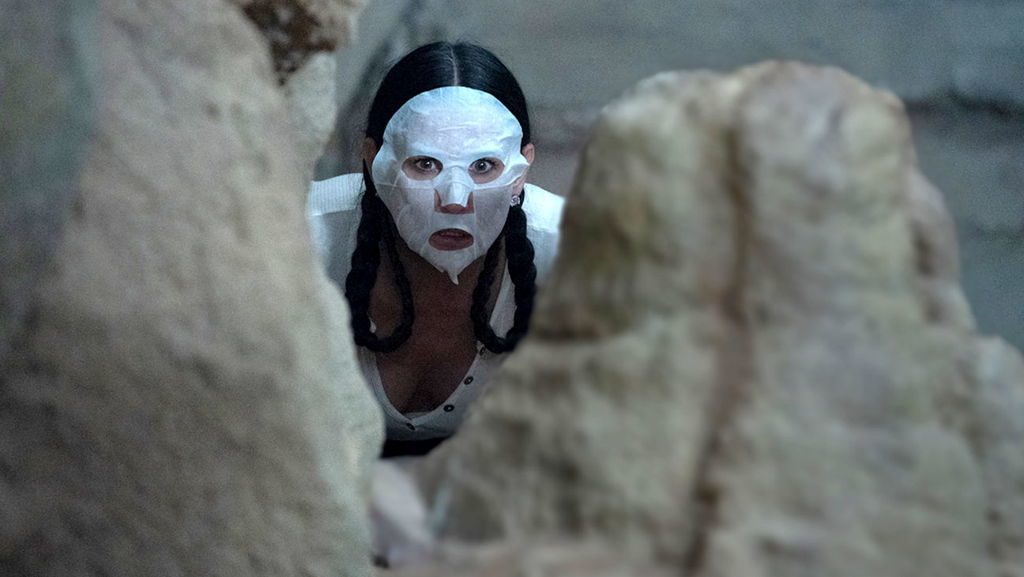 As if concerned that it could ever be wanting for material, Corporate Animals overloads us with setups and suggestions that it can’t fully follow through on in a meaningful way. Jokes and ideas are initiated, worked to a certain point, and then abruptly placed on hold in favor of something else. The effect is much of the movie isn’t given a chance to thrive.

The capable cast can carry their own moments, but their work together is never as dynamic as the moments that Bain and director Patrick Brice give them to develop their characters’ select eccentricities. The notion that many of the employees already seem to be somewhat unhinged going into the cave should prepare us for a steady growth of chaos as things keep going south.

However, though we might remember the chaotic energy of individual performances, such as Moore’s play-for-the-balcony delivery of Lucy’s endless supply of supremely awful behavior or Worthy’s navigation of the hallucinations that come from Aidan’s deteriorating condition, the movie doesn’t really know how to bring everything and everyone together. 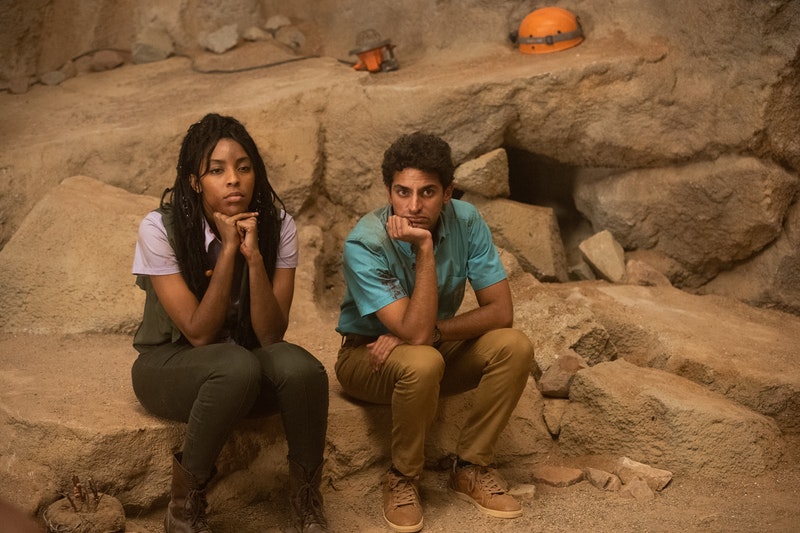 Corporate Animals revs its engines without hitting full speed, all the more disappointing because we can see that if it had fully committed to one of its conceptual approaches, the talent was there to make for a much more polished film. As is, it’s a lot of quick, semi-related bursts, creating only a vague sense of connectivity that doesn’t track over the long run.

A loosely strung plot doesn’t help matters, but again, it wouldn’t have been as much of an issue if the rest of the material was more cohesive. There’s no grand satirical message to build toward, nor is there much space for any one giant, memorable comic setpiece.

On that level, it feels like one of those movies that would have worked a lot better if it were a short subject, where it could just be whittled down to its essential elements and strengthened from there or extended to a limited series, where bigger arcs could be assembled and toyed with. Here, it’s a rambling hour and a half, sometimes solidly entertaining, but more often awkwardly aimless.