RLJE Films has released a trailer for The Postcard Killings, a thriller adapted from the #1 bestselling novel by James Patterson and Liza Marklund. Directed by Danis Tanovic, the film stars Jeffery Dean Morgan as a New York detective who travels to London to investigate the murders of his daughter and son-in-law. While there, he learns of similar killings across Europe.

In The Postcard Killings, based on the James Patterson and Liza Marklund #1 New York Times bestselling novel, NY Detective Jacob Kanon’s (Jeffery Dean Morgan) world is destroyed when his daughter and son-in-law are brutally murdered in London. Unable to sit idly by and do nothing, Jacob travels to London get the answers he needs. As he learns of similar heinous murders happening across Europe – each preceded by a postcard sent to a local journalist – Jacob is in a race against time to stop the killings and find justice for his little girl. 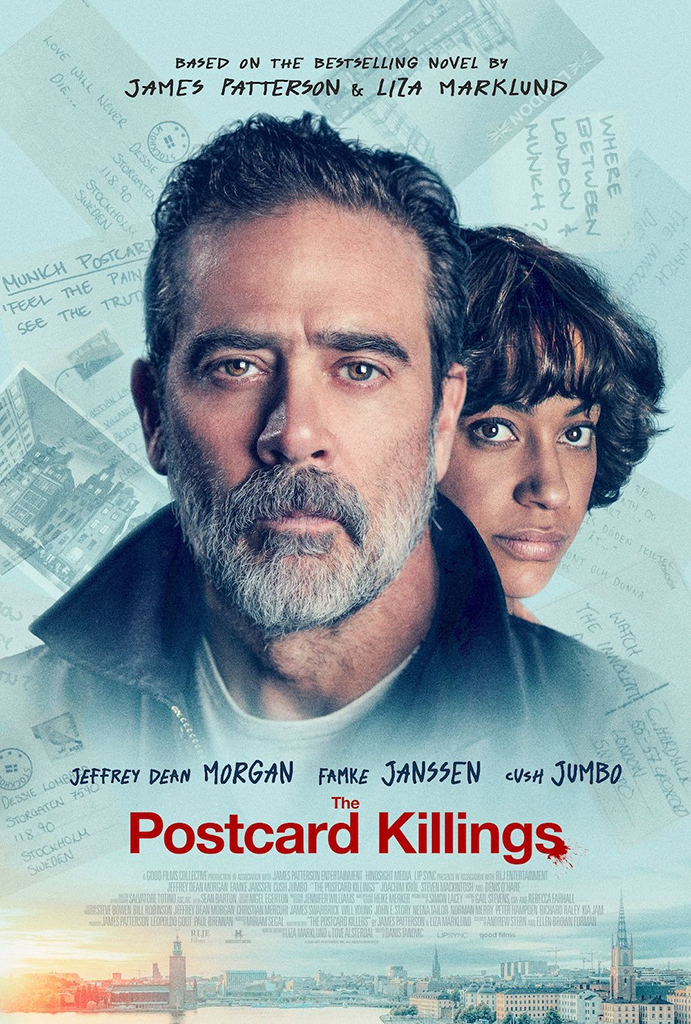