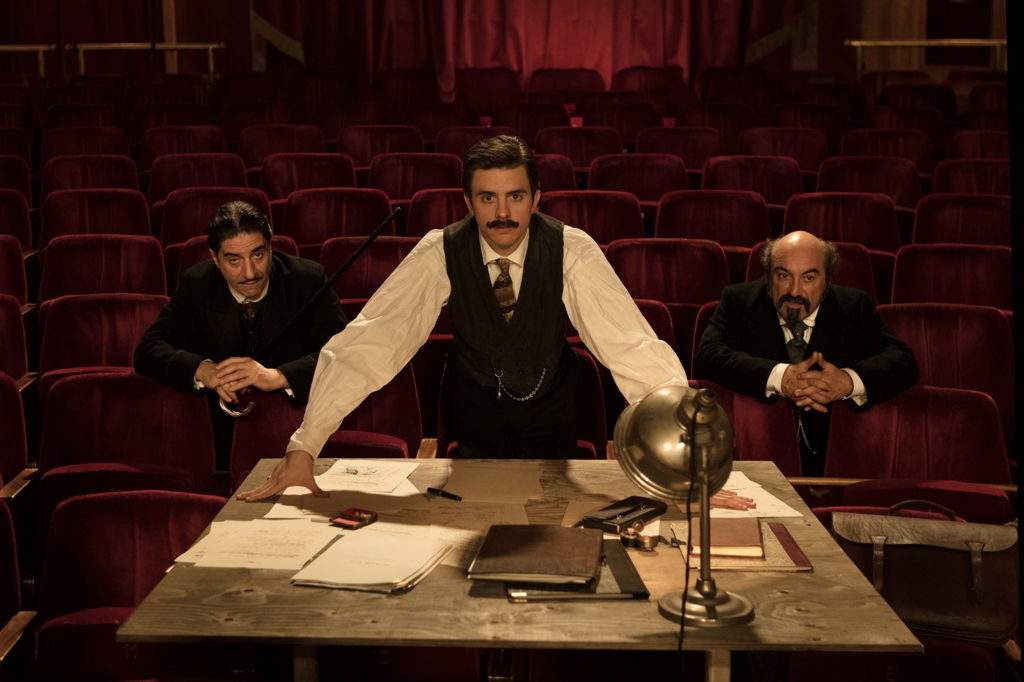 In 1998, Shakespeare in Love was released – a fictional story about how William Shakespeare’s personal love affair inspired him to write the classic play Romeo and Juliet. Now, some 20 years later, Alexis Michalik delivers us the Oscar-winning film’s French counterpart, Cyrano, My Love. It’s the true story of French playwright Edmond Rostand, as he writes the very successful 1897 play Cyrano de Bergerac.

Rostand (Thomas Solivérès) is struggling to find inspiration for his next work when he is offered an opportunity to write a play for a large theater with big-time actor, Constant Coquelin (Olivier Gourmet) attached as the lead. Having been given an impossibly short time to finish, roles are cast on the fly, and Rostand contrives his script directly from personal-life interactions and observations. A romantic comedy surges from Rostand’s fingertips, as he adapts material from the love triangle between himself; his close friend Léonidas (Tom Leeb); and Léonidas’ potential girlfriend, Jeanne (Lucie Boujenah).

Cyrano thrives in comical mayhem. The playwright’s life becomes an absurd whirlwind, both on and off the stage. Specific demands are made from actors and theater owners as to who can play what role and how the story must play out, throwing major wrenches into the playwright’s already disorderly production. 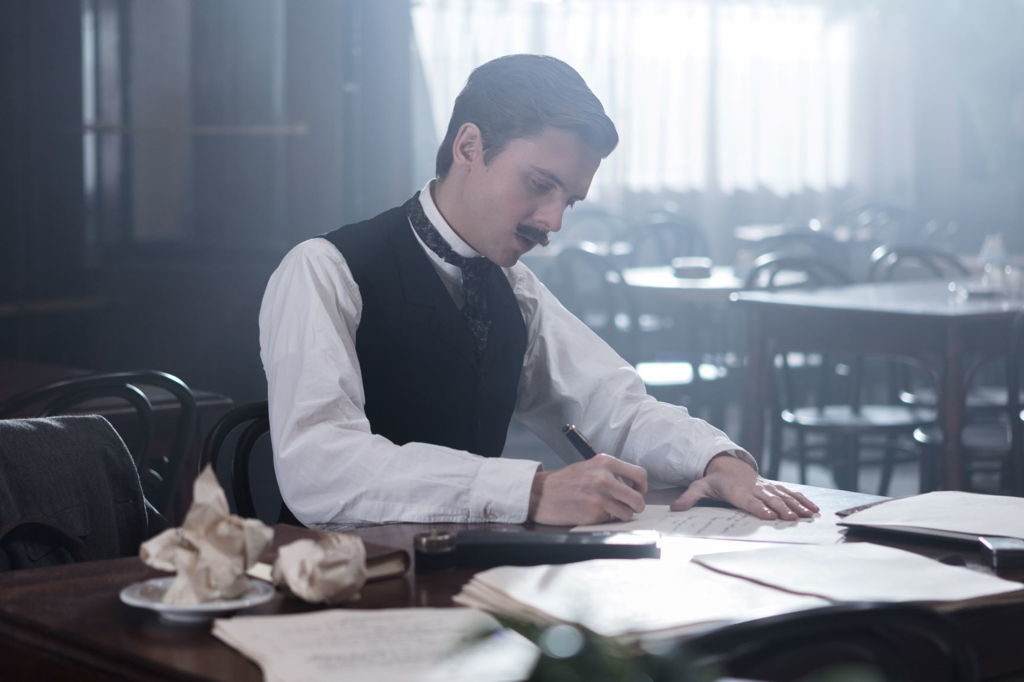 The cast and crew constantly rush to solve the never-ending problems and evolve the show. Maddening drawbacks, dead-ends and changes stretch from the beginning of Rostand’s scribbles up until the final curtains are drawn shut. Fortunately, the film’s intrinsic anxiety is awesomely soothed by wit and farce.

Romance, comedy and fun persist the whole way through. Just like his fellow countryman, Jean-Pierre Jeunet (Amélie, A Very Long Engagement), Michalik avoids stretching out drama. The many problems that arise for the characters are solved within minutes of screentime, locking us into an upbeat and positive mood. Michalik approaches his film like a fun adventure flick: constantly throwing out new and unforeseeable situations to keep the audience amused.

Entertainment is nicely complemented by Michalik’s insight into the crazy world of film and theater production. This self-reflexive film is one that anybody in the business could relate to. Rostand, the grand artist, is doubted by so many, and his genius is choked by the powerfully controlling hands around him – a familiar struggle for writers and directors alike. 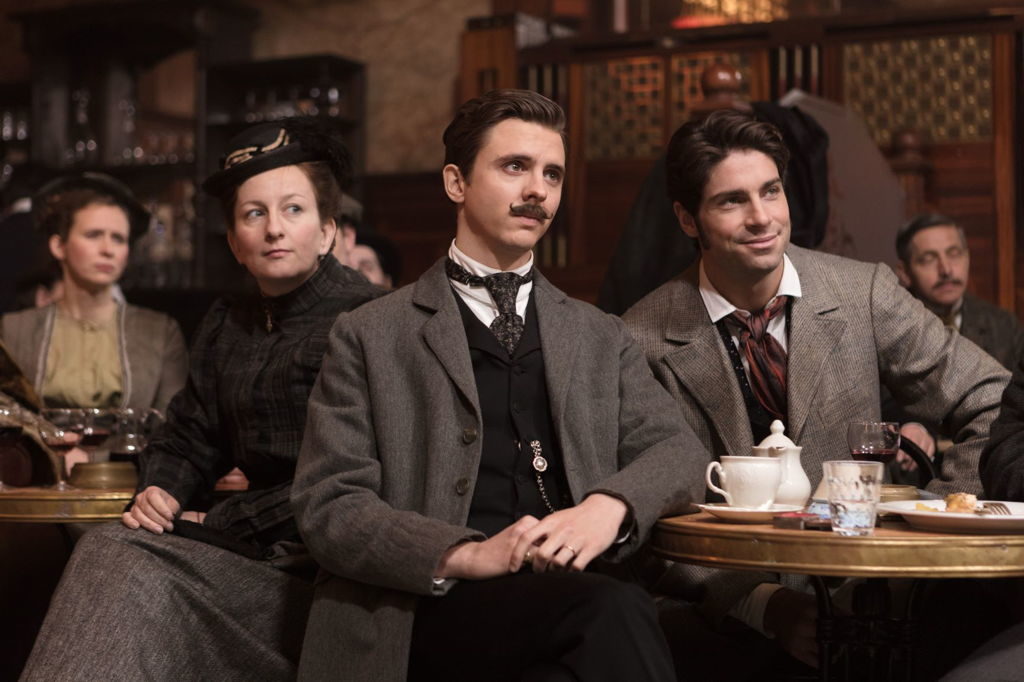 Rostand’s lead actors, Coquelin and Maria Legault (Mathilde Seigner), carry stereotypes of high-profile talent: asking for too much and expecting the world for their employment. The rest of the cast and crew work under chaotic conditions but are too dedicated to the craft to quit – a living norm in the profession.

I especially enjoyed watching Rostand bleed personal complications into his play. He loves his wife but lusts for another beauty who adores his work. His room is littered with paper balls as he overthinks his script, but in the right situations – when inspiration is present – his poetry flies from his lips and onto the stage. 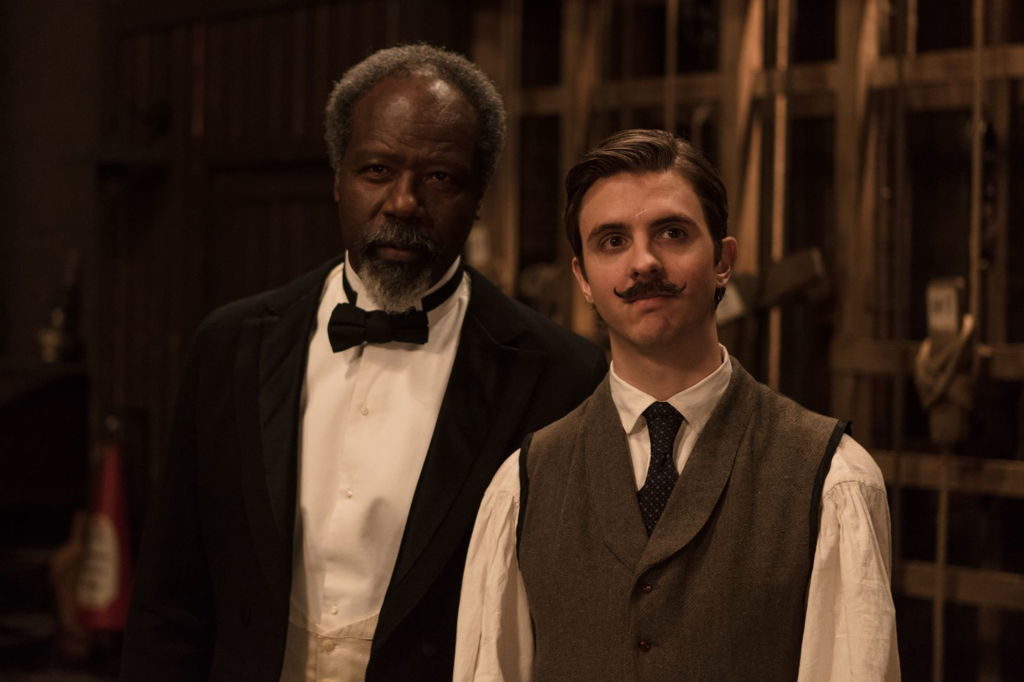 It may not be an autobiography, but by pulling from his theater and film experience, Michalik’s creation seems as effortless as Rostand’s when Rostand is in his poetic zone. Michalik’s writing talent is obvious, and the utilization of highly fluid camera work to help form the film’s frenetic energy is a clear sign of a talented director. Maybe it’s not all bad that theater is halfway-passé; otherwise, we wouldn’t have Michalik’s great self-adapted play to watch on the big screen.