Amazon has released a new trailer for the upcoming thriller Blow The Man Down, starring Morgan Saylor and Sophie Lowe as sisters attempting to cover up a murder in a small fishing village with plenty of its own dark secrets. The film is directed by Danielle Krudy and Bridget Savage Cole and also stars June Squibb and Margo Martindale.

Blow The Man Down premiered at the 2019 Tribeca Film Festival, where it was one of the highlights for me (you can click below for the full review), and will be available on Amazon Prime March 20th.

Welcome to Easter Cove, a salty fishing village on the far reaches of Maine’s rocky coast. Grieving the loss of their mother and facing an uncertain future, Mary Beth & Priscilla Connolly cover up a gruesome run-in with a dangerous man. To conceal their crime, the sisters must go deeper into Easter Cove’s underbelly and uncover the town matriarchs’ darkest secrets. 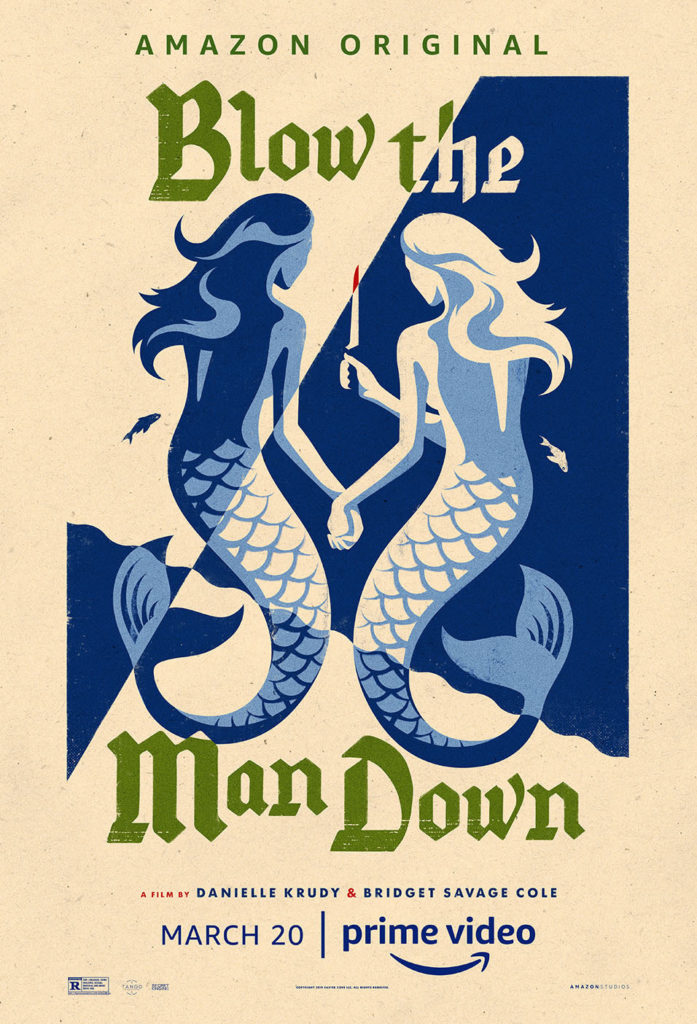 Tribeca 2019: BLOW THE MAN DOWN Review