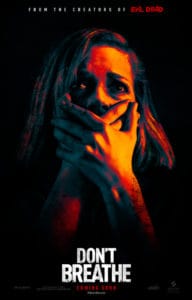 Fede Alvarez confidently took on the challenge of updating Sam Raimi’s classic Evil Dead in 2013, splattering the screen with practical gore and filling the movie with a unique sense of dread. Though that film didn’t completely work, his feature debut showed a huge amount of promise. That potential is realized in the extraordinarily tense Don’t Breathe, a home invasion thriller that works as a stylish genre exercise while also skillfully playing with expectations and genuinely surprising us.

The invaders are Rocky (Jane Levy), her boyfriend Money (Daniel Zovatto), and Alex (Dylan Minnette), a trio of experienced burglars operating out of a slummy section of Detroit. The low-class Bling Ring gets a tip that a blind, shut-in Army vet (Stephen Lang) is sitting on $300,000 in cash from a court settlement. Rocky, eager to save her sister from an unstable home and escape to California, and her co-conspirators decide to go for the big score; Money to live up to his name and wannabe ganger persona, and Alex because he not-so-secretly pines for his friend. When they break into the well-fortified home of “The Blind Man” they find a capable adversary with plenty of tricks and secrets of his own. And a Rottweiler.

One of the few issues with Don’t Breathe is that it begins with an unnecessary flash forward. Though it establishes The Blind Man’s neighborhood as empty and decaying – a remote place where horrors will go unnoticed, it reveals a bit too much about what may happen to some of the characters. Thankfully, Alvarez and his co-writer Rodo Sayagues do an excellent job of twisting the narrative and once the revelations begin we’re never entirely confident what’s coming next.

They also deftly establish the motivations of the three criminals. Rocky’s efficient and desperate, Money is reckless, and Alex’s devotion to Rocky is what drives him to use his father’s security company job to grant access to area homes. These traits guide their actions once the cat-and-mouse game starts and make the tension all the more real. Characterizations also help blur the line between antagonist and protagonist. Rocky and Alex are at least somewhat sympathetic despite their thieving ways, and though The Blind Man has a tragic backstory and is being victimized he’s definitely not someone we want to root for. 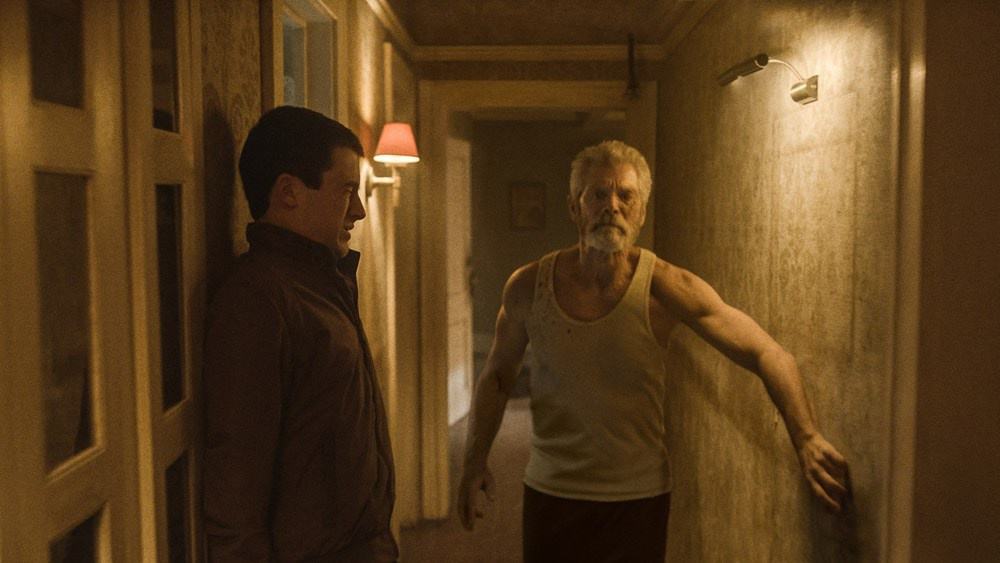 The initial intrusion into the home recalls the work of De Palma or Fincher, Alvarez’s probing camera giving us the layout. We’re pretty sure that wall of tools in the laundry room will factor later. It’s not a Panic Room-level exploration, but maybe Money’s cornrows are an homage to Jared Leto’s character from that film.

After spatial relations are set and The Blind Man awoken, the pressure never ceases. The playing field never feels uneven, either, with the three would-be robbers trapped in an unfamiliar house with an armed, trained military man who knows every square foot of the residence. Because his other senses are heightened, the creak of a floorboard or a foreign smell can give away positions. In-the-moment actions almost always make sense. There’s good reason not to use cell phones to get out of the jam (they are robbing a blind veteran, after all), and moves from room to room are inspired by the action. There’s the occasional questionable use (or non-use) of keys or the failure to take full advantage of an incapacitated foe, but noting too egregious.

The sound design is used to great effect, both with subtle squeaks and sudden loud crashes, often coming after stretches of painful silence. The score by Roque Baños blends familiar modern horror droning with unconventional clangs and discordant beats that perpetuate disorientation and add to the nerve-wracking experience. 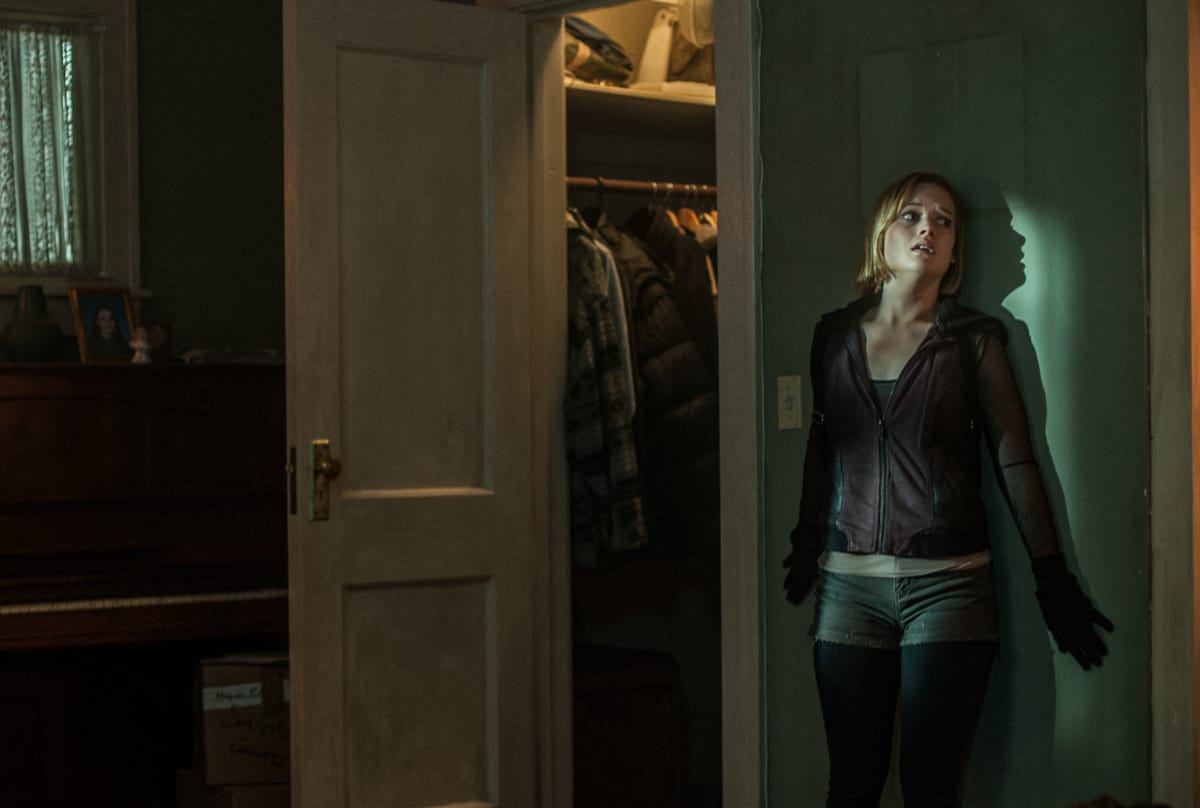 Levy establishes herself as a qualified final girl, expressing tremendous fear with her eyes and credible physicality when called for. Lang is menacing without saying much or overplaying The Blind Man’s ruthlessness. Both are fantastic in a scene where they’re completely in the dark, Levy appearing as anxious as Jodie Foster in the night goggle moment from The Silence of the Lambs and Lang terrifying with his deliberate movements and stone face.

In moving through the house and the shocks within it, Alvarez toys with us, but never cheaply. The measured pace with which information is provided heightens the stakes, and when things get weird they get wonderfully weird. Even with some gross, alarming developments in its back half, Don’t Breathe remains a simple, merciless film of beautifully constructed ugliness.