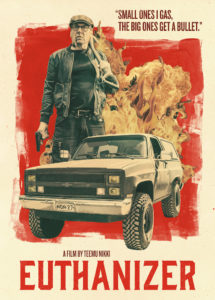 Ambitious and grotesque – if structurally misguided – Euthanizer is a knowingly unpleasant movie. It guides us through a world of final desperation through chilly lenses and desaturated personalities. Writer-director-editor Teemu Nikki has crafted a story of exhausted people in a depressing setting, as ideas of moral arbitration encounter chaotic nihilism and subsequently try to maintain a sense of cosmic balance.

The moralizing comes from Veijo (Matti Onnismaa), a middle-aged mechanic in a small Finnish town, who earns side money by euthanizing sick pets. He sees his service as a duty because, in his eyes, the owners of said animals are often mistreating them with their own incompetence.

In the first scene, he chastises a client who is concerned that her cat might suffer during the killing (his preferred method for smaller animals is to put them in a locked car and pipe the exhaust back in). He looks at the owner with bemusement and proclaims to her that, considering how confined the cat has been in a cramped apartment and considering how long the pet has clearly been ill, nothing he could do could compare to the suffering she has inflicted on the animal.

The exchange is stunning in its brusqueness, and it establishes Veijo’s personality: harsh on the outside but guided by a firm personal sense of morality and benevolence. When he is approached by Petri (Jari Virman), who asks him to put down his dog, Veijo takes the money but keeps the pet as his own, realizing that Petri’s claims of the canine’s illness are false. 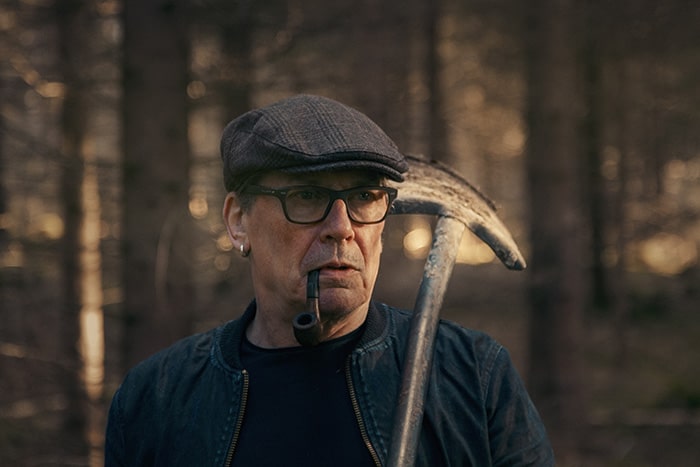 Petri, who is the leader of a small gang of white supremacists, finds out about this, becomes enraged and seeks revenge. Euthanizer spends most of its runtime bubbling under the surface of this tension, toying with exactly when Petri and Veijo will encounter each other again. The film kicks the pieces around until arriving at a finale, which proves predictable in its conclusion but shockingly brutal in its execution.

Yet there’s also a sense that, amidst the violence taking place throughout the final act, Nikki wants to have his cake and eat it too, as he infuses it with a darkly humorous tone. Euthanizer revels in the reactions its most horrific plot development will provoke, moving away from the point it’s trying to make. 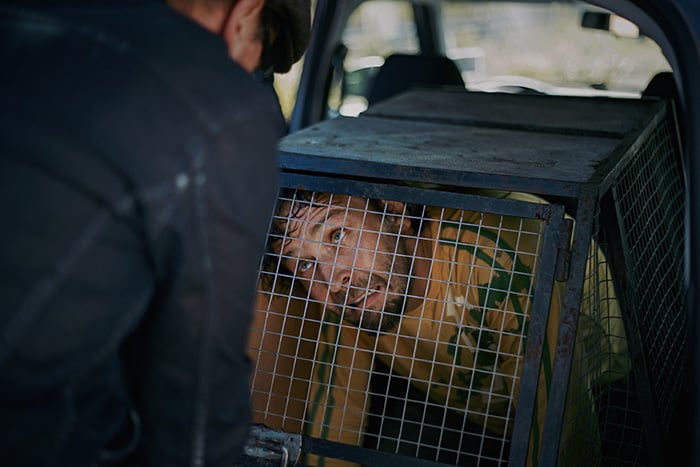 Veijo is marked with a dry and dutiful adherence to his moral compass that’s often aggressive in its implementation; Onnismaa’s committed performance has drawn categorizations as a Fennoscandian Charles Bronson. He says the reason he does what he does is in response to the cruelty of the people around him, and when he actually forges a human connection – a relationship with Lotta (Hannamaija Nikander), a nurse at the hospice where his father is dying – it’s difficult for him to soften up and see a fellow person in a new light.

Contrast this with the chaos agents – Petri and his friends – who are despicable in their shared ideology, reckless personalities and remorseless actions. They do things for the sake of the disruption they cause, which is what Veijo, and ostensibly the film, are fighting back against. But Nikki is infatuated with B-movie aesthetics. He indulges every part of Sari Aaltonen’s washed-out, close-up digital cinematography and takes great pleasure in randomly realized and overlong coups, like a scene in which Veijo seeks retribution on a callous veterinarian with such steely precision that we’re not entirely sure he won’t kill or maim her. 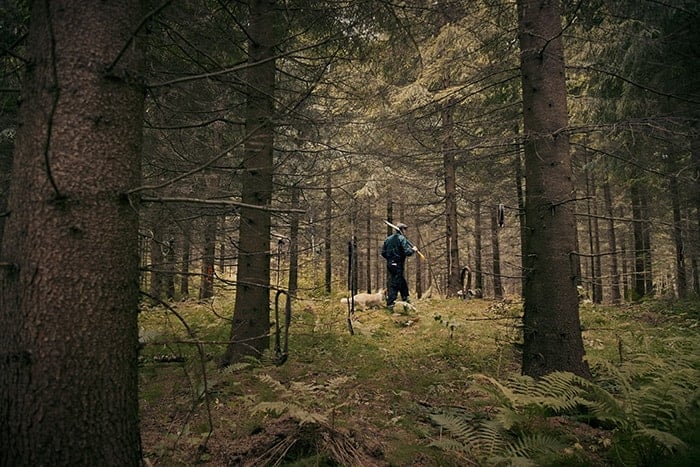 The movie finds it strangely entertaining. It’s these tonal shifts that prevent Euthanizer from exploring the philosophy that renders its main character interesting at all. Where does it wind up? Euthanizer’s ideas about human interactions through karmic desire often run flat, as the film’s stylistic choices betray the capabilities of its lead actor and what the script has guided him up to that point.

It’s still fascinatingly gritty, and for the most part, Nikki understands the difference between startling audiences for the movie’s sake and for his own. But he ends things on a moment that’s somehow both sour and kitschy at once, symbolic of the unfocused approaches that all conflict in the home stretch. There’s hardly a disingenuous beat to be found here, but the plotting, as assembled, conflicts with its own setups.