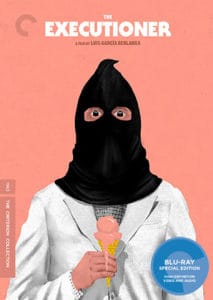 For most audiences outside of Spain, the name Jose Luis Berlanga remains relatively unknown as do his films. That is until now, thanks to the Criterion Collection, because October 25th marked the first time a Berlanga film has been made available, on Blu-ray, in the US. Long considered one of (if not) Spain’s greatest directors, the Criterion Collection is hoping to transfer that reverence and popularity stateside with the release of his seventh film, The Executioner.

The main draw of the Blu-ray is obviously the new 4K resolution digital transfer of the film itself that also happens to feature new subtitles. Given the preceding scarcity of the film and the amount of work put into readying the film itself for its Blu-ray release, one can forgive Criterion for the lack of supplements found on the disc. Along with the customary essay (a wonderful read titled By The Neck from David Cairns), the disc features a short interview with director Pedro Almodovar and a TV feature from 2009. However, there is a newly commissioned documentary on Berlanga that serves as the centerpiece of the supplemental offerings.

That documentary, titled Bad Spaniard, features talking-head interviews with his son, Jose Luis Berlanga; critic, Carlos F. Heredero; writers Fernando R. Lafuente and Bernardo Sanchez Salas and the director of Berlanga Film Museum, Rafael Maluenda. Serving as a rather splendid primer for people unfamiliar with Berlanga’s work, the doc focuses on the man himself and his work, but also dabbles in the political climate of Spain during the span of Berlanga’s career and the impact the censors had on the country’s cinema. Those are not the only topics discussed, though, as the talking heads venture out onto other subjects like a broad foray into not only Berlanga’s collaborative relationship with screenwriter Rafael Azcona but also a mini-biographical detour on Azcona himself. 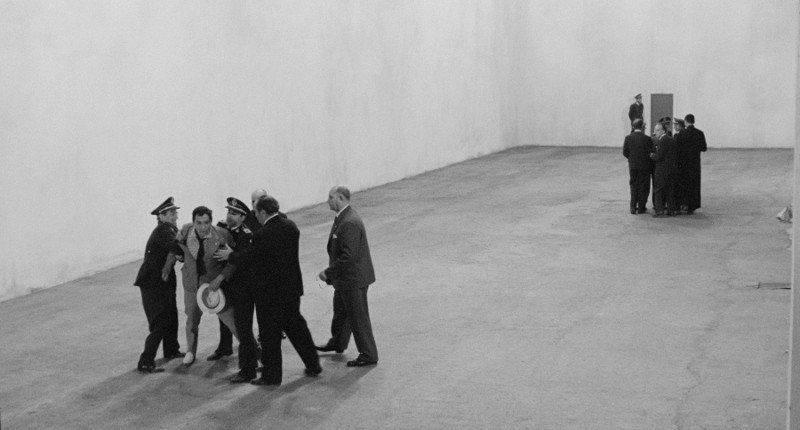 Clocking in at just under an hour, Bad Spaniard covers bits and pieces of just about everything there seems to be discussion-wise when it comes to Berlanga and his film making it a welcoming comprehensive overview for viewers yet to be enlightened. Its central accomplishment, though, is its ability to heighten the enthusiasm and anticipation of the inevitable, prospective viewing of The Executioner; perhaps, a testament to the overall strength of the film itself, although the documentary, with its critics and colleagues and their ardent respect and appreciation for the film help to encourage the possibility of a transformative experience.

The robustness of this newly-commissioned documentary renders the other two supplement meek and pale in comparison; however, any inclusion of a comparatively comprehensive supplement could be seen as redundant. Pedro Almodovar does provide some interesting tidbits within his short interview (4 minutes; if that), discussing his love of and the importance of Berlanga while providing a pragmatic reason behind Berlanga’s lack of popularity outside of Spain by labeling his films “gushers of verbiage” that are almost impossible to subtitle.

The TV spot, La mitad invisible, happens to be an odd bit of superfluous; a fluff piece of investigation into “the invisible half” of art, which, for (at least) this particular episode remains undefined and undiscovered. The host travels about Spain, interviewing critics and filmmakers, attempting to understand the work of Berlanga by understanding The Executioner. The half-hour episode yields a paltry return in comparison to the aforementioned documentary, even containing one of the most inessential interviews I may have ever witnessed (maybe, two, come to think of it).

All in all, a solid packaging of an under-seen and long unavailable important film that hopefully sparks an interest in the work of Luis Garcia Berlanga, one that will pave the way for more Berlanga releases in the future.