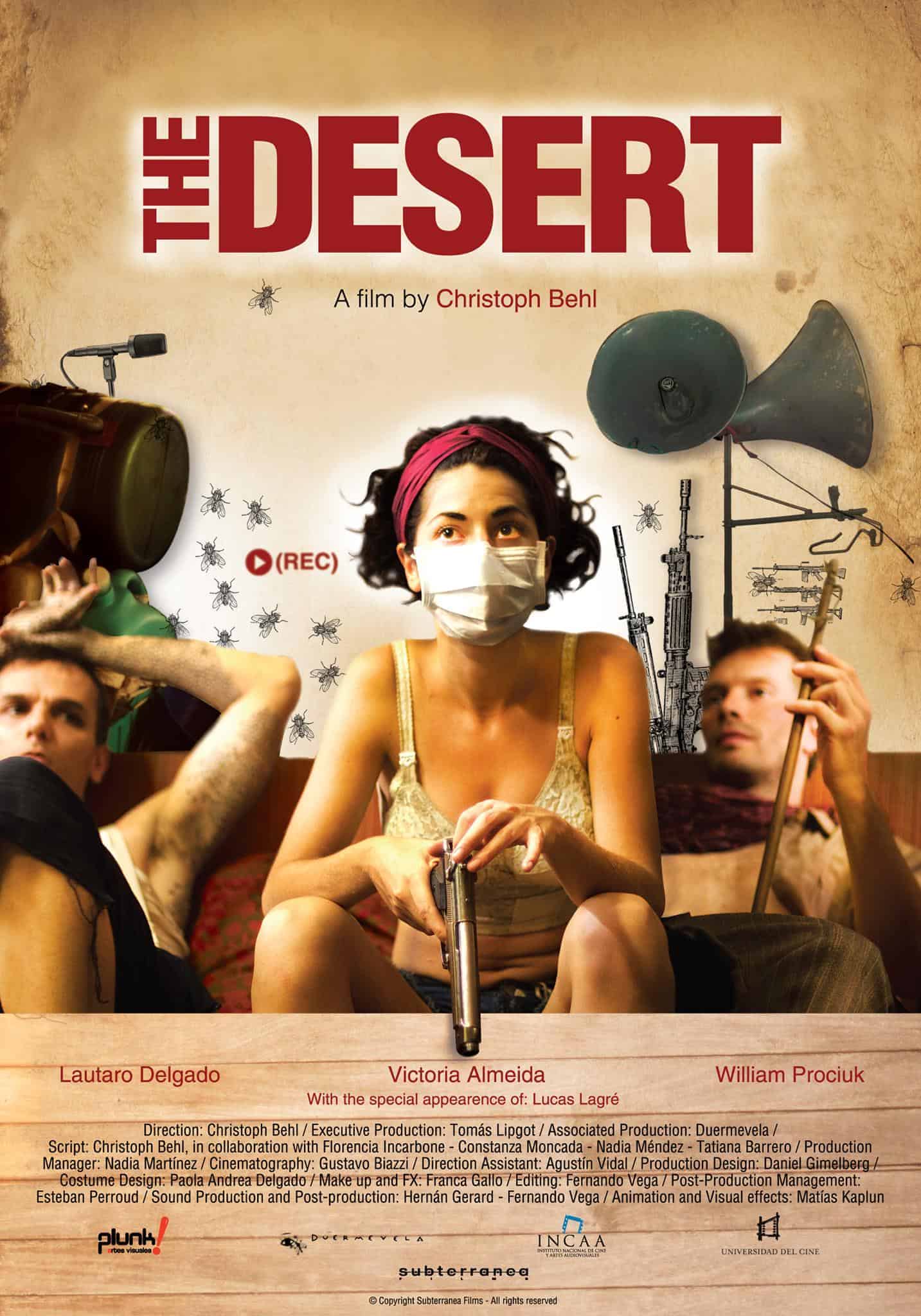 Holed up in their elaborately fortified residence, Ana (Victoria Almeida), Axel (Lautaro Delgado) and Jonathan (William Prociuk) have everything they need to survive the zombie apocalypse occurring outside their doorstep. The house is equipped with a security system of sorts, a sequence of microphones strung alongside the exterior piping outside audio into the interior through strategically placed megaphones, signaling potential dangers as they arise. They have firearms, ammunition, food, a steady water supply, board games, video games and, even, tattooing equipment; they only thing these three have to deal with essentially is themselves, which proves to be rather difficult.

Early on, through the use of confessional-style video recordings, we learn that in the beginning stages of this once-blossoming ménage à trois everything seemed picturesque, where the dim present changed to a bright future; or, as bright as one can be while waiting out the apocalypse. But, that was sometime ago as the three currently find their relationship in disrepair due to the fact that Ana and Jonathan’s love affair has flourished, while Axel has been resigned to the role of the depressed outsider, his discontent growing from his inability to share Ana.

Much of the action in The Desert is of the domestic variety as the three go about mundane, daily chores occasionally breaking for games of Truth or Dare, recording confessionals or, in Axel’s case, tattooing the entirety of your body with a pattern of a small flies that when complete he’ll leave the house. There’s also the intermittent unleashing of automatic rifle fire directed at the approaching undead which are never really seen but often heard along with the roving packs of feral dogs and the incessant buzzing of flies.

These constant noises pile upon themselves to create a cacophony of impending dread, overflowing tension into the otherwise mundane scenes of day-to-day activities. The suffocating cinematography employed by Gustavo Biazzi amplifies the tension even further as the handheld camera invades the character’s personal space time and time again, leering and staring as the three, constantly bathed in sweat, struggle to simply tolerate one another. Which becomes increasingly difficult with shifting alliances, petty dares and invasions of privacy; let alone the fact that they brought a zombie into the home, chained it up to the wall and named him Pythagoras, all for a staring contest.

Christoph Behl’s first foray into narrative fiction (directed a number of documentaries) is a slow-burn relationship drama with an unsettling, claustrophobic atmosphere with tensions multiplying in the stifling, fly-thick heat. Viewers looking for typical zombie apocalypse action and gore will be disappointed however, as The Desert focuses on the emotional side of surviving amid confining conditions; but, those looking for a drama fraught with anxiety featuring strong performances, The Desert doesn’t disappoint, especially in its unexpected ending.