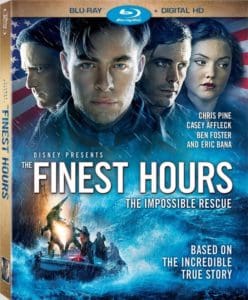 One of the most fascinating Coast Guard rescues in history is told through the eyes of director Craig Gillespie in the Disney film The Finest Hours, now available on Blu-ray/Digital HD. Starring Chris Pine, Casey Affleck, Eric Bana and Ben Foster, the movie centers around two men who helped to save the lives of 30+ men in an amazing story of resourcefulness, sacrifice and hope.

This film is available for purchase as a Blu-ray/Digital HD combo for those who saw the film in theaters and want to experience this suspenseful tale once more or for those who did not get to catch its initial run in theaters. If you’re a fan of underdog stories, stories about heroism and patriotism, or you enjoy gripping initiatives involving the sea, then this film is a sure bet.

The bulk of the special features are fairly forgettable and feel more like a set of assorted trailers for the film than anything else. There was, however, a somewhat sweet segment featuring interviews with residents of Chatham, Massachusetts, the town where the Coast Guard rescue crew left from, and it was interesting to hear from several who were alive that fateful day and remembered the harrowing rescue. 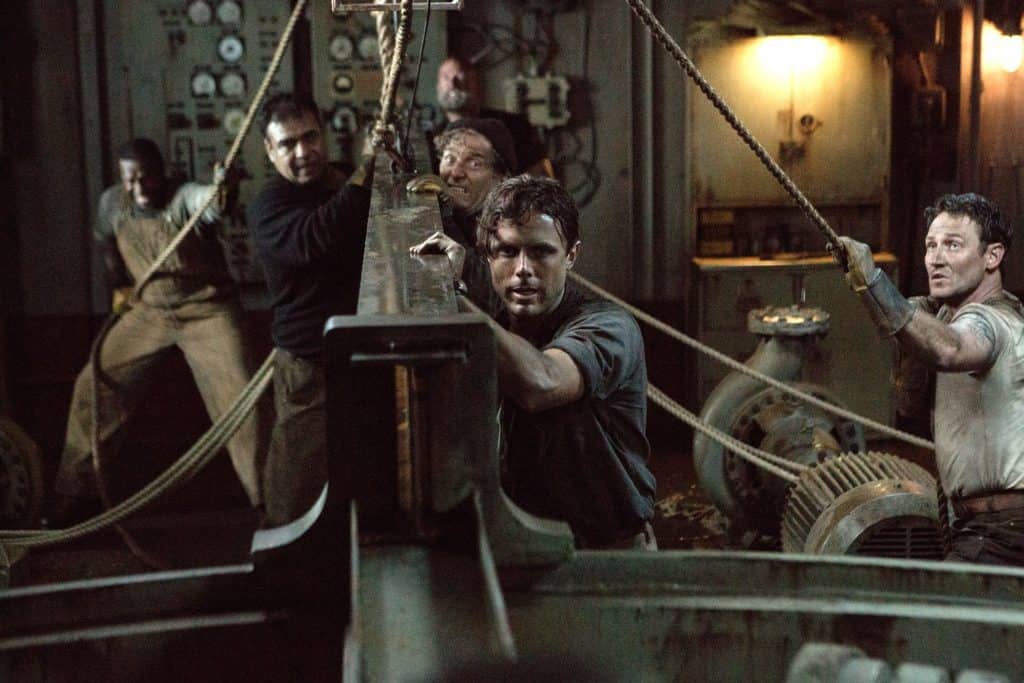 With all due deference and respect to those involved with the extraordinary rescue that occurred in the chilly New England winter of 1952, the “extras” on this combo pack leave much to be desired. So many questions remain. How do two ships split in half and what must the sea have been like for this to happen twice in one night? How did Bernie Webber (played by Pine) navigate these exact same seas with no compass?

What is it like for a crewmember to realize half of his ship is gone with no land in sight? How many of the fascinating feats of engineering executed by Raymond “Ray” Sybert (a role expertly played by Affleck) were real? Were they as equally impressive as the bravery shown by Webber?

It seems like there were so many opportunities to further demonstrate the gravity of this rescue and to clarify some of the maritime/physics aspects for people like me who did not entirely grasp the incredible odds that these men faced. I felt like there was ample opportunity to further delve into this story but that the bonus features were somewhat slapped on without much thought.