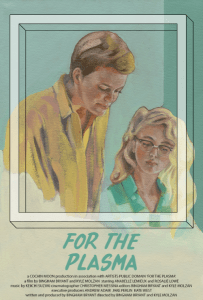 Bingham Bryant and Kyle Molzan’s enigmatic debut, For The Plasma, seemingly about everything and nothing all at the same time rests at the intersection of cerebral over-complication and tongue-in-cheek, lo-fi jaunt, all on a nearly non-existent indie budget. The film’s playful avoidance of categorization or its incessant need to avoid any normal, discernible narrative path will surely have viewers, either, reveling in the ambiguity of it all or steadily growing ever more exasperated by its opaque nature.

Helen (Rosalie Lowe) has been working, unaccompanied, in the Maine countryside for quite some time, surveying the surrounding woodlands ever vigilant for forest fires; while making a stable income on the side through her accurate predictions and forecasts in the financial markets. That is until Helen enlists the help of her close friend, Charlie (Anabelle LeMieux), who intermittently assists Helen with her forest comprehension project, every so often Charlie must trek out into the woods to identify a certain frame that has been hand-picked from Helen’s array of CCTV surveillance operation. Once the particular frame has been ascertained in the field, Charlie must distinguish and catalog the differences between the two frames (camera feed and reality) – lighting, shading, spatial relations, etc. 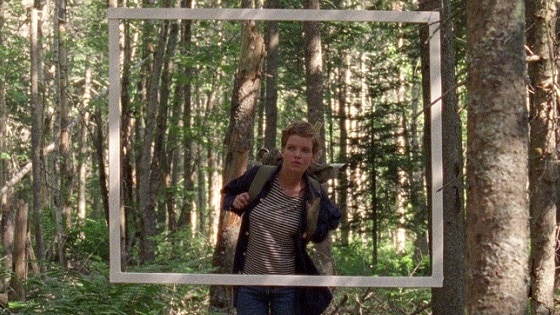 From the outset it appears that Helen could be playing the role of a pseudo-stand-in for the directors themselves, taking her time to explain the process of the various observation feeds residing in the forest; she carefully details what, specifically, occupies each frame and how the televisual relay might transform these images into something slightly different.

If Helen is the director substitute then Charlie could very well be the viewer’s representative in the relatively plot-free pastoral piece. Charlie has a job, yet little to no instruction, outside of identifying the deviations of the two visual frames. She is told repeatedly that she’ll figure it out as time goes on, yet the film continues to inject new obstructions into the mix, increasingly muddling the already murky waters of intention and understanding. As Charlie grows progressively more frustrated and confused, so too, could the viewer as the film marches on, the attention paid to comprehension dwindles.

For The Plasma also experiments occasionally with its visuals, captured on 16mm, as cinematographer Chris Messina routinely mixes it up between static tableaux and shaky hand-held, wafting between the two while also paralleling the surveillance theme with extended use of pan and scans. Sporadic breaks for the experimental can also be found in the action pauses for shots of static and refracted imagery. 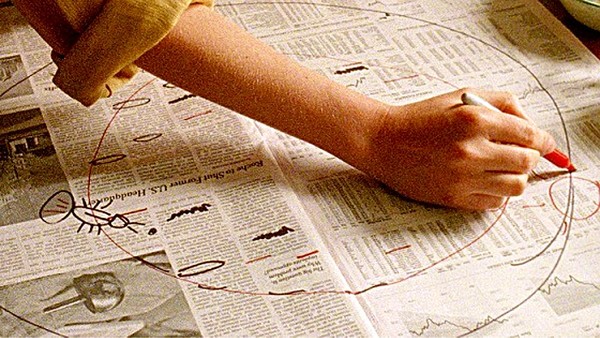 The slightly stilted central performances do little to derail the film; while the even more arrhythmic, inflection-less line delivery of Tom Lloyd adds an air of levity to the film’s quaint DIY aesthetic. For The Plasma does have some rough patches, although Keiichi Suzuki’s score successfully smooths out most of those edges with his infectious electronic bleeps and bloops fluctuating between exuberant and jovial to foreboding and mysterious.