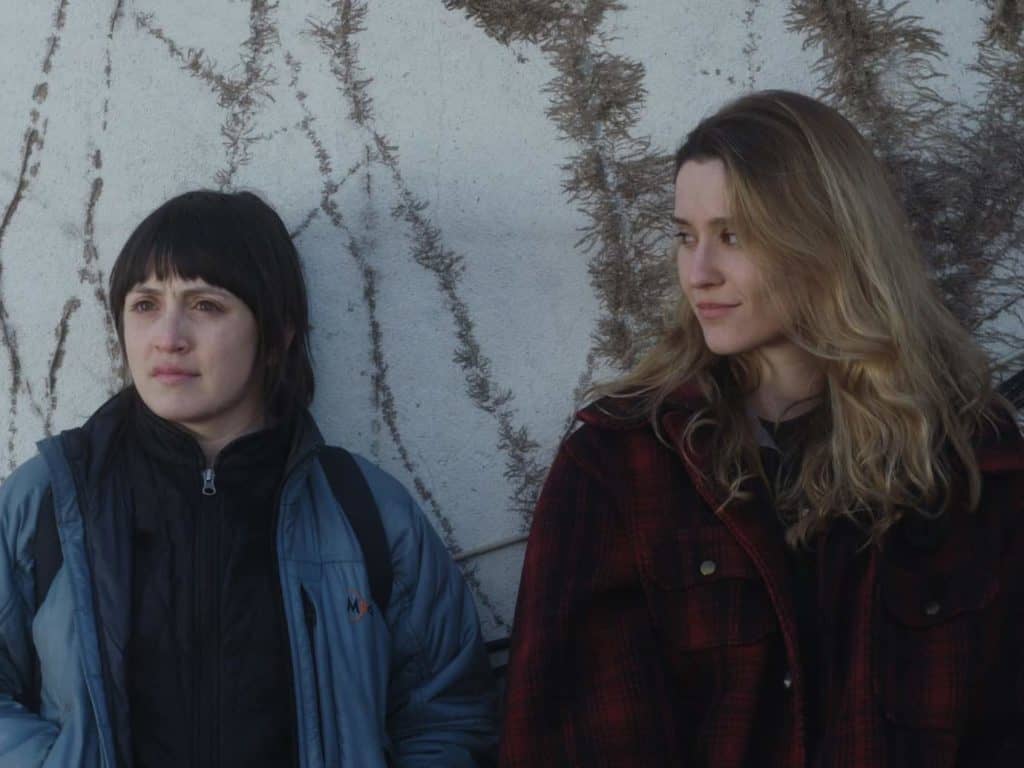 This is a repost of a previously published review. Fourteen is available on Grasshoppper Films today.

Most people during the high school days, and prior, have made a number of grandiose plans for the future with their closest friends. Some come to fruition while most are abandoned and others collapse. Myriad reasons exist as to why these best-laid plans fail to realize but usually, the main culprit is simply life itself. Life happens with its unending outgrowth of responsibilities that go along with it working hand-in-hand (sometimes with the help of ourselves) in a concerted effort to further the divide between us.

The constant advancement of this concerted effort by life is what writer/director Dan Sallitt attempts to capture in his latest film, Fourteen, which chronicles a decades-long friendship between Mara and Jo, played by Tallie Medel and Norma Kuhling. It is not your stereotypical saga full of peaks and valleys as it predominantly traverses the valleys passing by some elevated hilltops but just as many dried-up riverbeds while showcasing how some friendships can degrade in minuscule, imperceptible ways until they accumulate enough to create an unmistakable disconnect.

Jo’s life is a steady stream of disarray bouncing between jobs as a social worker, seemingly forgetful most of the time but that same disorganized nature is also responsible for her spontaneity and carefree attitude. Mara is the sensible of the two, often relegated to the role of caretaker as she steps in (again and again) to walk Jo through one task after another utilizing her teaching background as if Jo is another student in a constant state of needing assistance. Often, it seems, Mara is providing the model of a social worker by filling the role of Jo’s social worker. 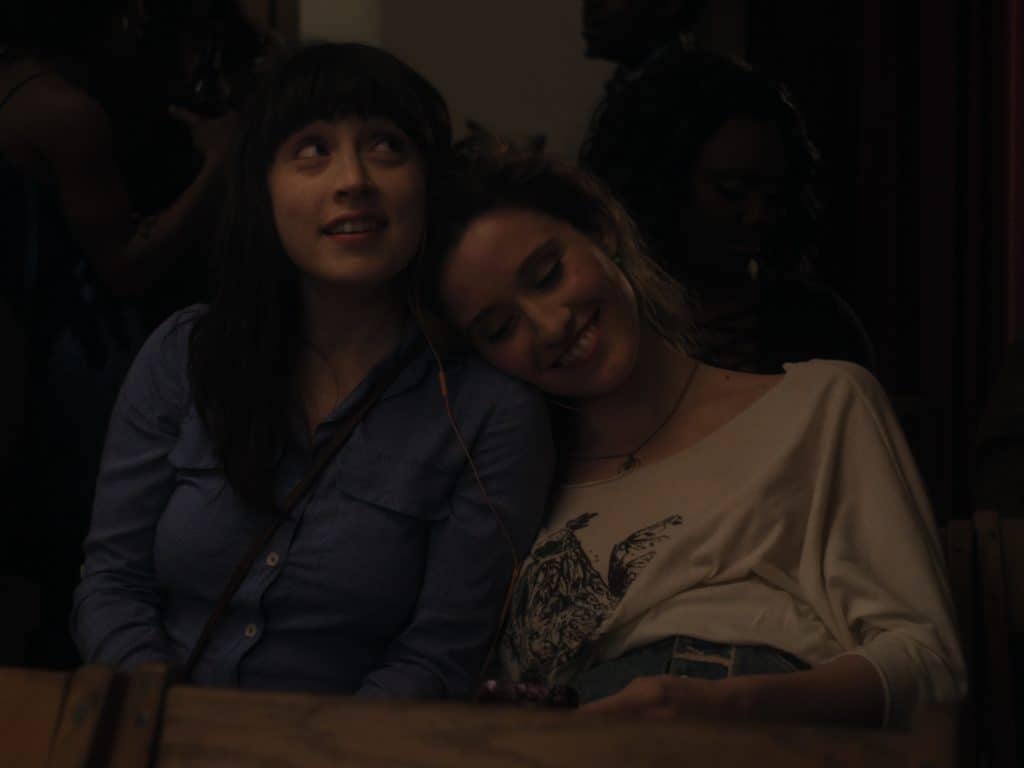 The story of how they came into being acquainted with one another is an origin story in more ways than one, from Jo’s beginning with social work to Mara’s penchant for helping others. Their relationship, like most, is a reciprocating series of emotional assistance and aid up until the scales of that alliance begin to weigh predominantly to one side. It seems Mara is forever indebted to Jo, routinely making a dedicated effort in repaying that debt many times over, no matter the cost. Which often leads her into slighting her own needs and wants. This continues until the gap in this particular arraignment grows wider and wider stretching Mara (and their friendship) as thin as she (and it) can go.

Sallitt drops the viewer in just after their relationship has started to become a little bit lopsided with Mara quickly being established as the far more responsible of the two. That contrast is made more distinct with each scene yet its progression is not tracked on a solid line of interactions and occurrences. Unfolding, instead, in a chronological line littered with breaks and ellipses, chunks of time missing with the exactness of their lengths remaining unknown, marked only by the drifting in and out of boyfriends and hairstyles. The only true barometer of this passage of time is in the form of Mara’s daughter as her aging and development naturally lead to the adage of more time between the two without touching base. Ultimately underscoring how easy it is to lose touch even when the majority of your energies are spent trying to avoid that outcome. One aspect, however, that remains the same, although becoming more and more pronounced, is Jo’s dependence on Mara’s assistance and care with Mara unintentionally playing the role of enabler.

Outside of Sallitt’s writing and directing the main aspect that ensures the film’s success would be the phenomenal work from both Tallie Medel and Norma Kuhling. They convey a dynamic push/pull dynamic to their relationship that never truly passes the threshold into toxicity as they both express a genuine sense of concern alongside genuine exhaustion. Medel is mothering and responsible. Always available physically and emotionally, although reluctantly at times, to drop everything and divert her time and attention to her dearest friend. She exists as a mitigating presence in the compounding difficulties, frequently exasperated but never defeated, portraying Mara with a calm strength fighting back the compassion fatigue as it creeps in. 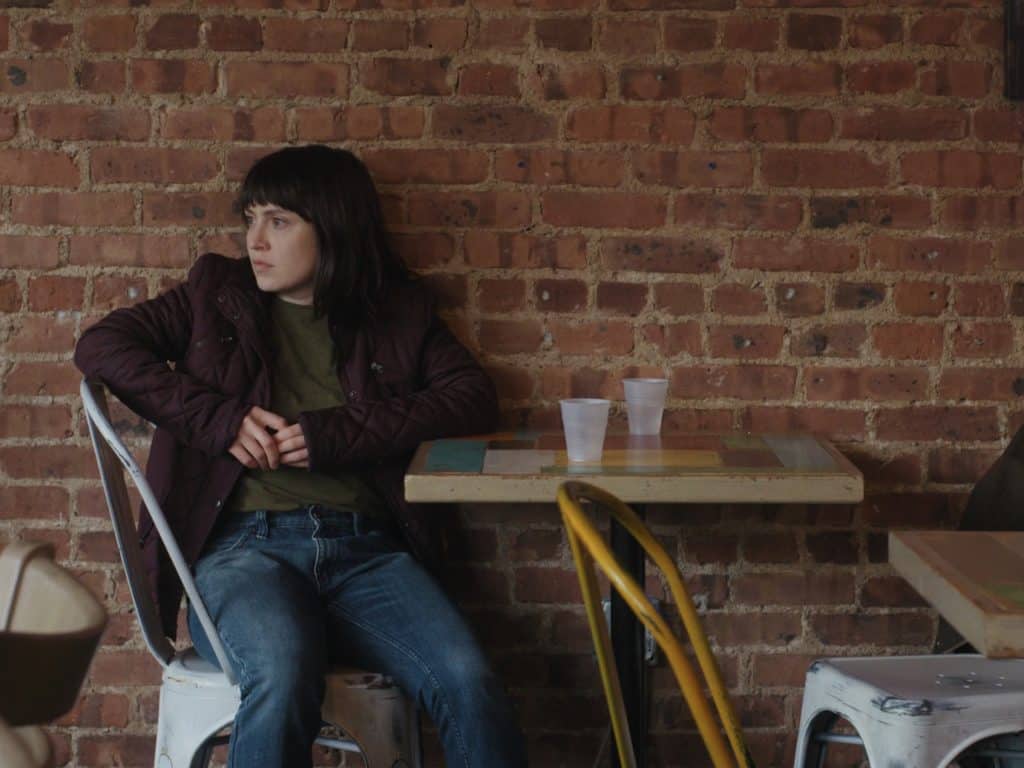 Kuhling’s Jo is unconstrained by conventions as does what she wants when she wants, not giving a thought to the possible repercussions. Although, occasional moments of clarity reveal to her that sometimes what she wants isn’t always for the best but, all in all, she is trying her best in spite of herself; but, tragically, she’s ill-equipped in her battle. Immense in personality, off-putting yet captivating, and can be both exhausting and charitable in equal measure.

The bond that compels these two different women to each other is held close to the chest, never alluded to or spoken about outright until the latter end of the film as Mara recounts the story of their meeting for the first time to her daughter in the form of a bedtime story. Through this reminiscing of the bond’s origin is brought to light and it is easy to see the debt that Mara feels as though she has to repay in perpetuity. A simple action for one that meant the world to another. And with that simple story, the complications and circumstances of their friendship all snap into focus, everything makes sense and all of the preceding actions condense in their poignancy leaving one to wonder, when and where did the dynamics change and why?

With Fourteen, Sallitt submits friendship as a counterbalancing act, the importance of complimenting one another and the support that can be derived from it. Conversely, he also highlights the inherent struggle of supporting someone when one does not possess the requisite knowledge, resources, and/or time required in order to successfully lift someone out of their plight. He shows the advantages but also the limitations of this symbiotic affair in which we team up with others in order to face the world, day by day.

One Response to “FOURTEEN Review”