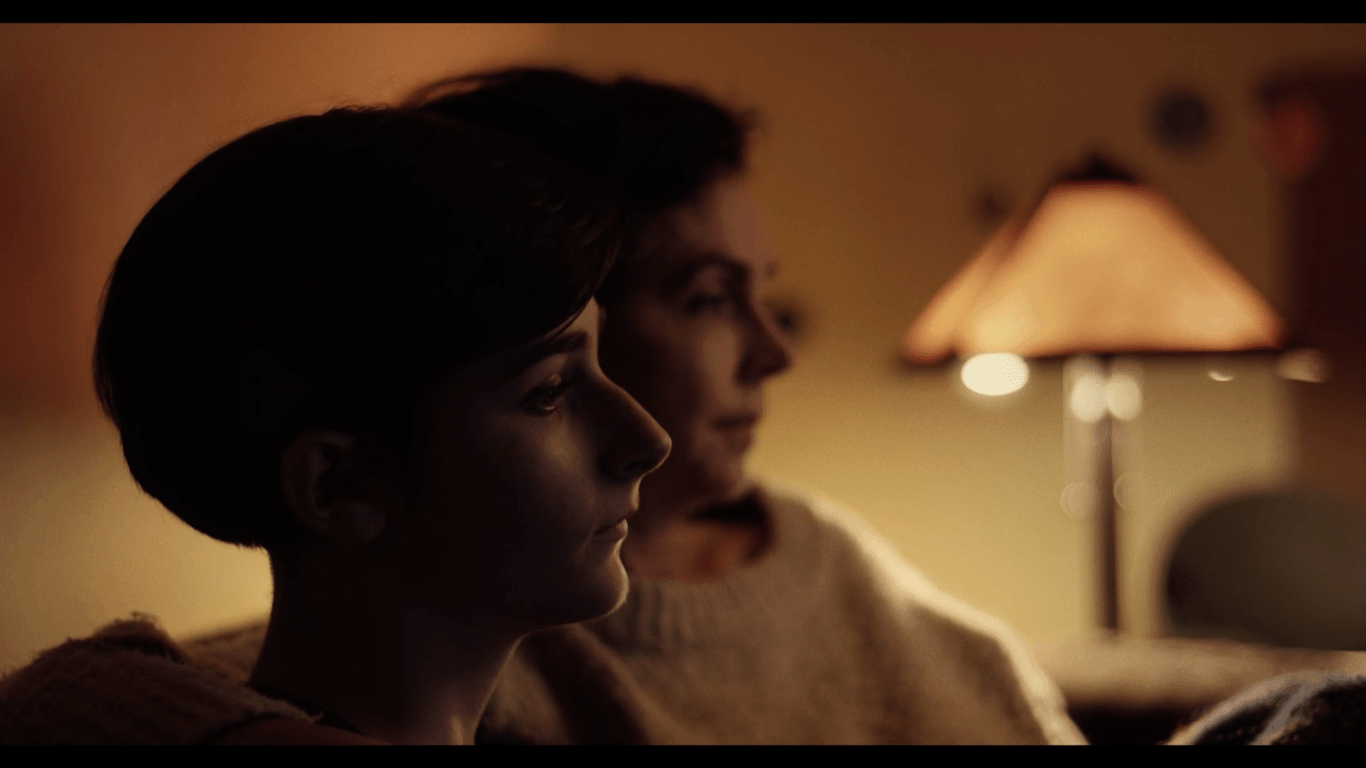 Grief and the pain of loss sits at the center of writer/director Sophy Romvari’s latest short film, It’s Him, touching upon on a distancing effect that grief and loss often produce within the individuals affected, the ramifications of which tend to thrust people into a number of directions, distancing them from those around them – specifically, their loved ones – but more so distancing themselves from the present. Occasionally, demoralized to the point of stagnation, continuing in the past in a rut of despondency and gloom while others may experience an opposite effect, a motivation that pushes them forward in an attempt to move on; in some instances, a combination of both.

Which is essentially where Romvari situates Shelby (Margot Berner); in a transitional state, somewhere between the playback-loop of the past and the motivated moving-forward of the future. For reasons unknown Shelby seems distant and consumed in her interactions with her friend; as does her mother, at home languidly watching late night television. The reasoning behind this infiltrating disconnect slowly comes to light as Shelby chokes back tears while playing old videos of her older brother. 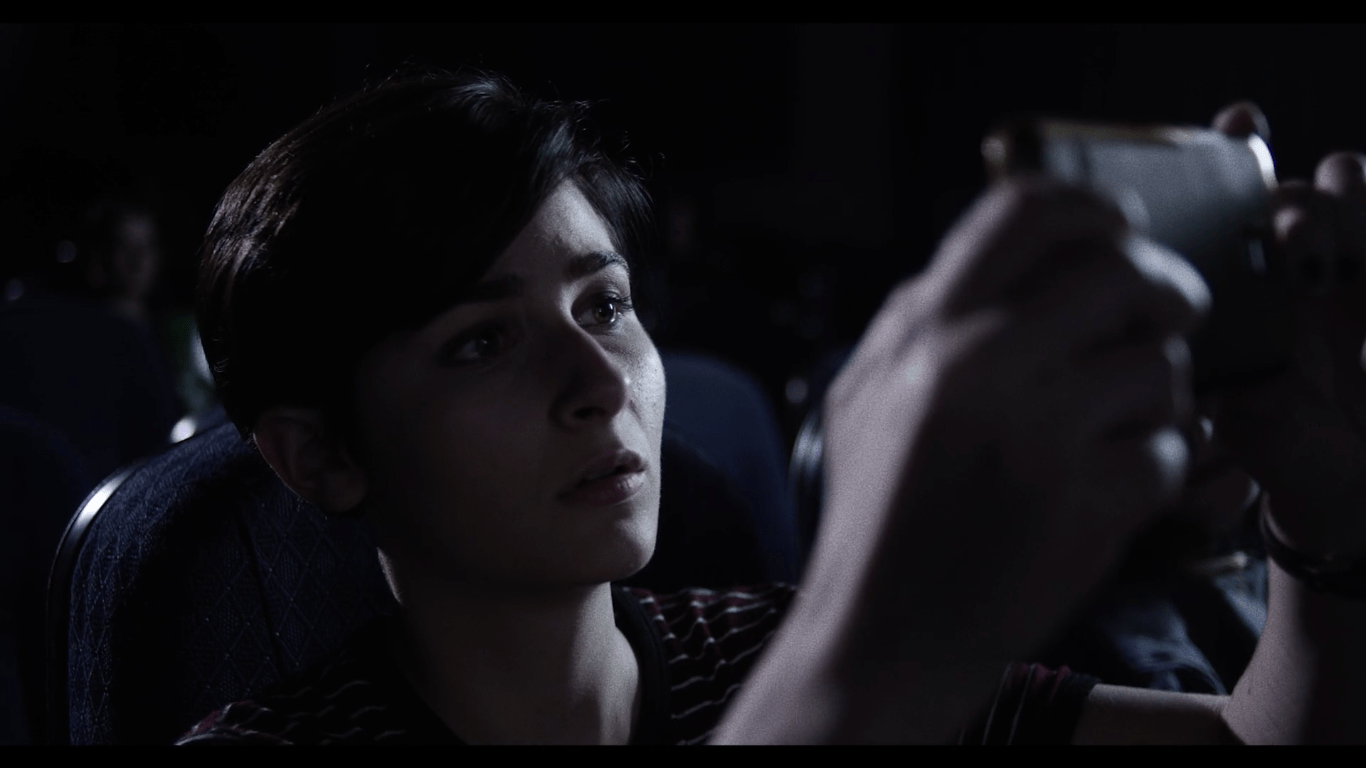 Never does Romvari expressly say or show what has happened to her older brother but the director appears to be delicately implying his loss. A loss that subtly impacts every member of the household in differing ways. Although, the reality of that loss is called into question as Shelby spots whom she believes to be her brother within a film. It is a consuming discovery that pushes her to binge-reminisce, purging emotions, which then leads her to a decision that pushes her towards an unknown future while presumably chasing the past, possibly into a confluence of the two.

The particulars of his absence in It’s Him remain opaque in terms of the circumstances surrounding it and even, the permanence of said absence. The questions surrounding his absence do not matter, what matters is that he is gone, missing; he is absent and that absence is having a profound effect on those in the present, signaling that one need not know every detail of someone’s experience in order to fully empathize with that individual, nor should they. Information some would deem pertinent Romvari sees as unnecessary, just knowing that there is a pain residing within this family is enough to warrant a reaction. 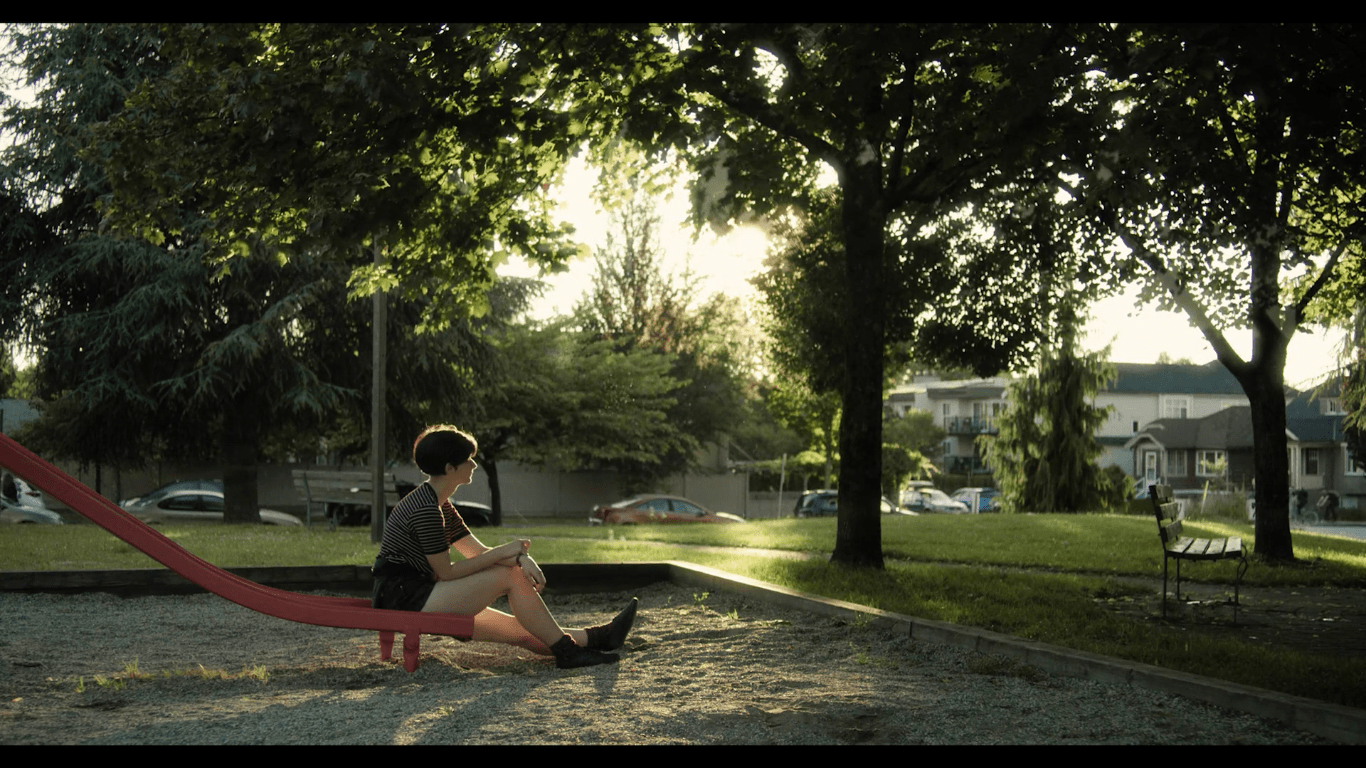 It could be chalked up to incomplete storytelling but one gets the sense that Romvari’s narrative is not incomplete but rather she is opting to redact certain details of the story, relying on a strong emotional inference gleaned from the performances and the context of their interactions; most specifically, Berner, whose nuanced performance enables that inference by executing the emotional contents of the screenplay through her body language and facial expressions. Communicating through emotion without the help of narrative details or plot-points or, at least, with very limited help from those aspects, it is remarkable that not only is Romvari able to achieve this conveyance of emotion without the aid of the aforementioned components, but also the way in which during the process she renders those specifics irrelevant, in a sense.

A tenderness endures in the melancholia; even though there exists the potential for a growing disconnect between characters, a lengthening of distance between others, there is always a heartfelt attempt at reconciling that distance. And even in the midst of the uncertainty that ultimately punctuates the ending of It’s Him, there is a reassurance, a sense of calm amongst the unknowns of the future. That pain becomes a driving force; although, Romvari stops short there, refraining from saying whether the pain will be a catalyst for things productive or for things destructive but that, simply, the pain leads.