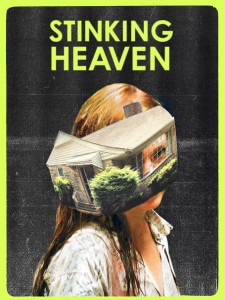 After their intimate marriage ceremony, newlyweds Kevin (a volatile Henri Douvry) and Betty (Eleonore Hendricks) sit around the dinner table of the sober living home with their fellow house members laughing and bantering while Kevin recalls an anecdote of origins of the word honeymoon. The moon, as in the marriage, is at its fullest and from henceforth will slowly become swathed in blackness, more and more, over time. An apt anecdote foreshadowing the trajectory of the sober home; introduced at its peak, documenting its descent into darkness.

Billed as a black as tar comedy, Nathan Silver’s 1990s period piece, Stinking Heaven, plays with the idea of a ramshackle commune of sorts, a house full of recovering addicts desperately attempting to overcome their addictions as well as their pasts; although, I am not sure if tar is a black enough descriptor for the type of comedy found within the close quarters of this suburban home in Passaic, New Jersey.

Sure you may chuckle/chortle here and there; perhaps, even some nervous laughter might uncontrollably escape from between your lips as the housemates (fully decked out in ‘90s garb) hock fermented tea in the park while occasionally breaking for some inspired, therapeutic tag time; or, during one of their many reenactment therapy sessions as the various residents reenact their respective lowest moments. Presumably, the points at which they decided to change for the better or, at least, attempt. Most of the laughs, however, will be had through the bickering and arguing. Which is plenty. Remember, we’re dealing with a group of irritable, damaged former addicts struggling to remain sober packed into a home in Passaic, New Jersey.

Filmed using a period-appropriate news camera (along with a pinpoint production design from Britni West and Zoe Koke), Stinking Heaven perfectly captures the look and feel of the era. The wonderfully realized appearance is complemented greatly by the choice of, essentially, shooting the action as a home video-style document. Point and shoot the action as it unfolds is what Adam Ginsberg’s cinematography delivers, imbuing an in-the-moment realism to the semi-absurd proceedings. As if the camera is being operated by another member of the commune for posterity’s sake, one with a proclivity towards tightly framed faces with shaky-hands fiddling with focus and steadiness. 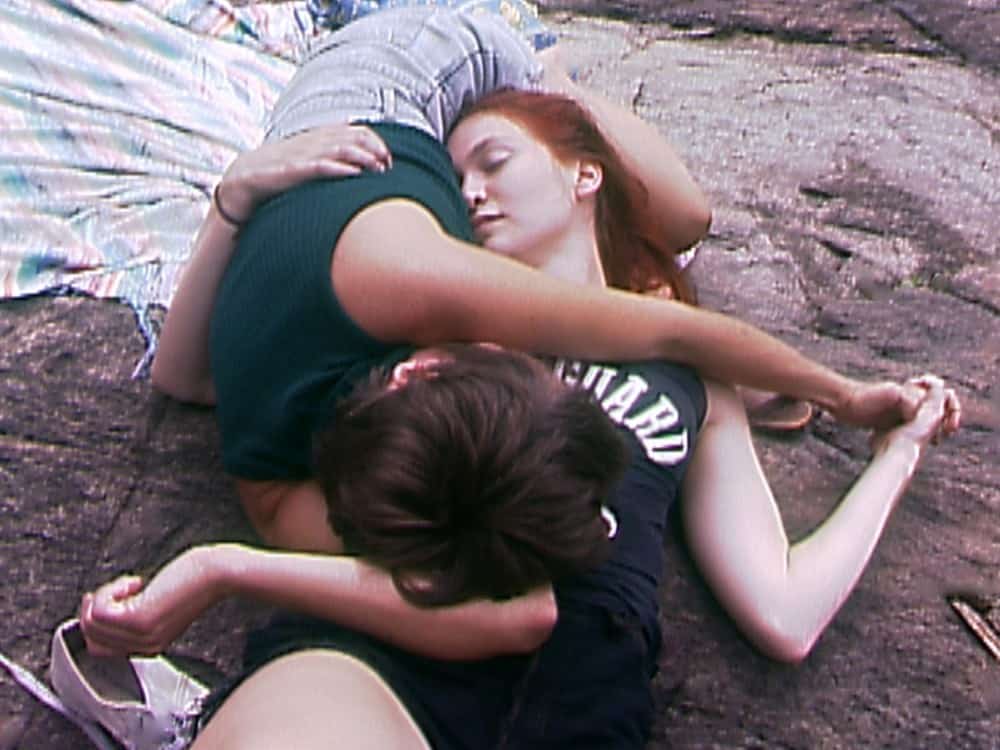 Residing within the carefully-curated period-piece ornamentation of the film is a number of outstanding performances from an eclectic ensemble; an interesting mix of personalities, generations and backgrounds. The entirety of the ensemble is a given a chance to showcase their talents (some, more than others) and no one misses their opportunity to shine. Whether it be with subtle nuance, a boisterous whirlwind of emotion or some combination of both.

From Deragh Campbell as Lucy, the comforting (yet suffering) wife rapidly developing paranoia and animosity in equal measure to Keith Poulson’s quietly resolute de facto leader, Jim. And once again, Tallie Medel shines as Kevin’s daughter, Courtney, taking the brunt of the devastating aftereffects of the group’s collective backslide into self-destruction. Hannah Gross continues to impress as Ann (Betty’s former lover and newest member), a deceptive presence of questionable integrity coincidentally appearing just around the time everything begins to fall apart.

Everything builds organically as tensions and animosity develop, fermenting over the course of the film’s 70 minute runtime, much like the healthy-living tea in the bathtub next to the gallon jug of bleach. All of it culminating into an unexpected climax, a purposeful response to a passive-aggressive request. Begging the question, are they still reenacting their rock bottom moments or, merely, constructing new, sobering ones?