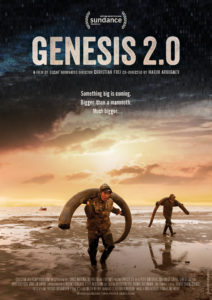 The Book of Genesis describes God’s creation of life. The film Genesis 2.0 explores Man’s creation of life using synthetic biology. Within recent years human beings have been able to successfully clone animals and create new breeds of life. Often, this developing revolution is referred to as “playing God.”

Some see it as big step in the right direction, and some see it as the hard opposite. By uniquely comparing the two sides, filmmakers Christian Frei and Maxim Arbugaev develop an artful warning on the path we may be headed toward with the growing work in genetic manipulation.

Half of Frei’s film follows tusk hunters on The New Siberian Islands – an uninhabited archipelago located in the Extreme North of Russia. Engaging in rough and meticulous work in near-freezing temperatures, the Yakut hunters search the extensive lands in order to unearth ivory from fossilized woolly mammoths. With mostly low pay, the hunters are simply survivors, regretfully going against their ancestral beliefs that finding woolly mammoth remains is a bad omen. 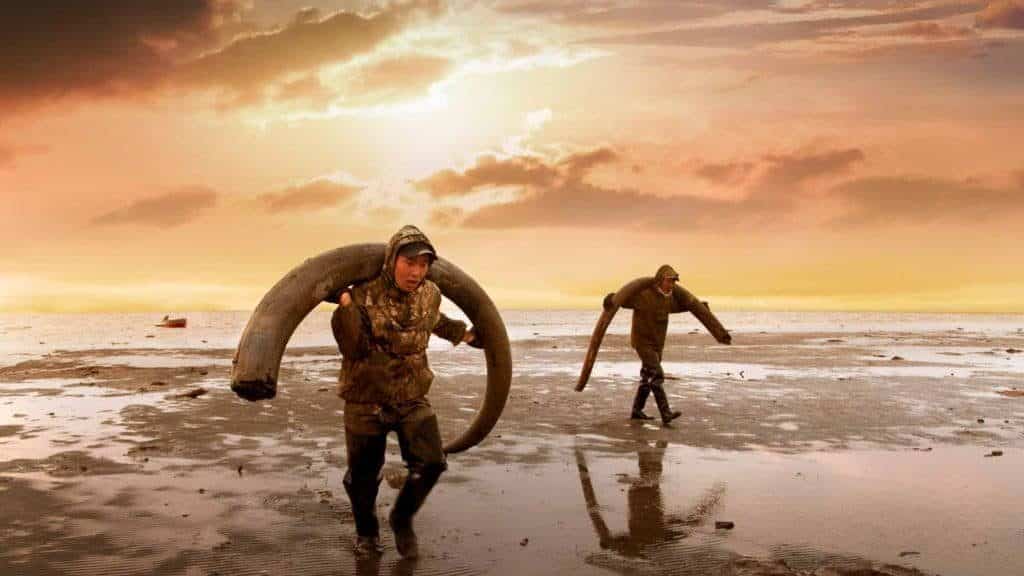 It’s here on this prehistoric soil that Arbugaev and Frei’s pictures especially spark life into a contemplative film. Cinematographer and co-director Maxim Arbugaev beautifully captures the islands’ unique and dominant brown and green tundra. With the hunters’ unexplained and seemingly unnecessary camouflage clothing, they look as if they are a part of this piece of earth that feeds them and their families. The only way of detaching from the islands is to land an unlikely giant and flawless jackpot tusk.

The other half of Genesis 2.0 surrounds modern scientists in museums and biotech laboratories. Their goal is to bring the woolly mammoth species back to life and/or engineer an elephant/mammoth hybrid. With the anticipated possibility of curing human autism before birth and the reality of cloning dogs, geneticists do not hesitate to advance science into this life-altering direction. On this end, it is more the astonishing information than the images that aid in the film’s significance.

An administrator of Beijing Genomics Institute wants to sequence everything in the world. He passionately states, “God’s word is still imperfect, if we work together, we can make God perfect.” Meanwhile on the islands, a tusk hunter named Spira silently sits in his tent, stuck in deep thought. On one hand we have a successful scientist who is overly confident in his hugely controversial work, and on the other hand, we have a laborer on the brink of depression for the job that puts food in his family’s stomachs. 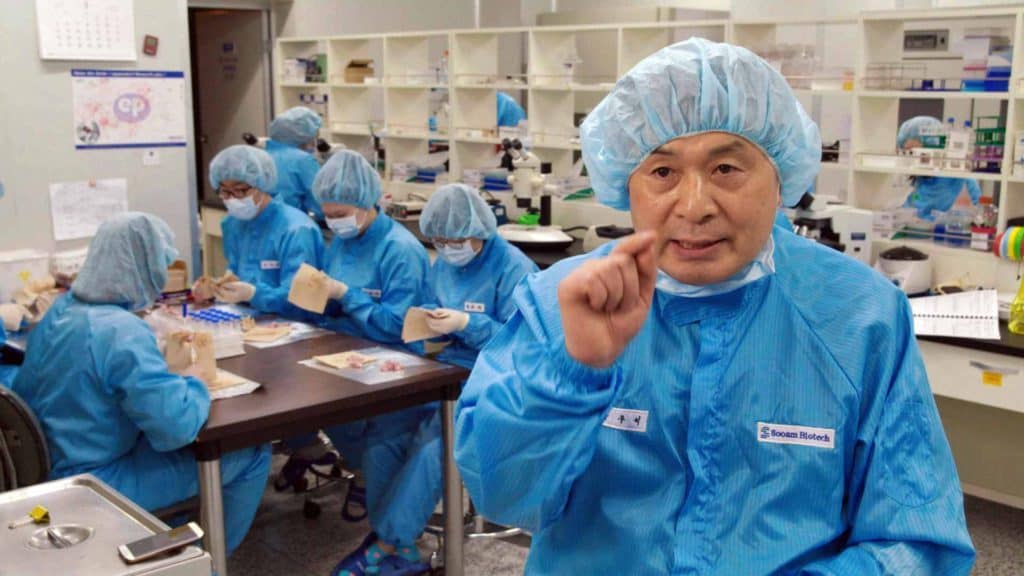 Frei intertwines the two sides together to engineer a meaningful cinematic double-helix. The hunters and the scientists are so firmly connected in a grand possibility, but there is vast ignorance present on each other’s work. Frei proposes that neither group truly knows where this project is leading.

In order to appreciate Genesis 2.0 fully, there must be an effort made by the viewer to take a pensive look at what the filmmakers are putting forth. The image of an excavated mammoth leaking a stream of blood onto the ice can be just that, a bleeding animal, or it can be a fascinating reflection on time and evolution, considering this species has been extinct for thousands of years. When the blood sample is taken to the lab and we learn of the possibilities that are created from the sample, then watching the hunters dig on the islands becomes like watching Charles Darwin study life on The Galápagos Islands. 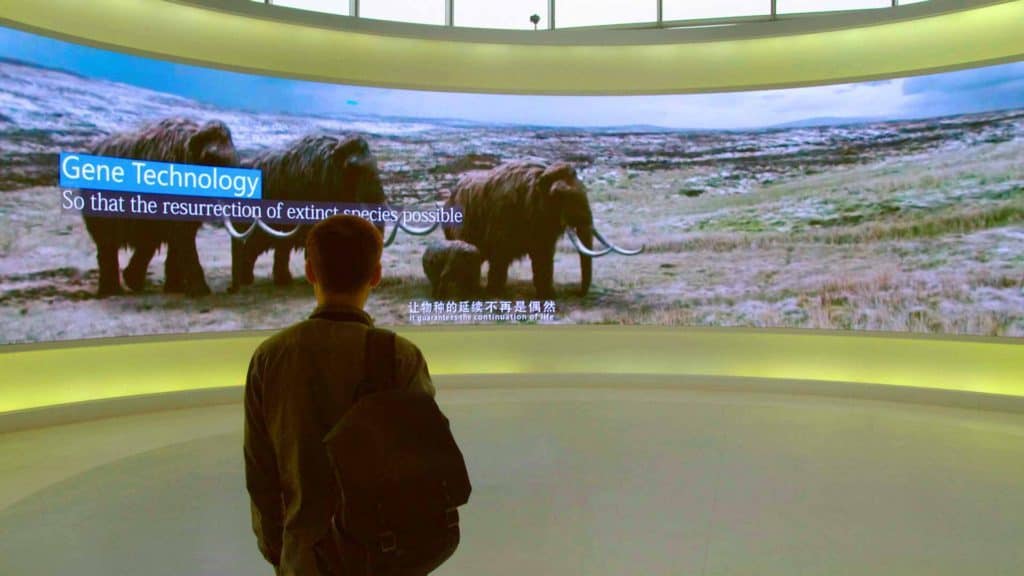 Frei applies Max Richter and Eduard Artemyev’s score over notable images, such as that of the bleeding mammoth, to help stir up the viewer’s outlook. However, at times, the images are too weak in significance to match the strength of the penetrating score. In effect, the depth of Frei’s message is sometimes exaggerated.

Frei and Arbugaev ably show how two opposite worlds are so tightly bound. Within this bind, they explore a significant polarization of the parties’ minds. In the end, Genesis 2.0 finalizes as an ingenious approach toward an imperative worldly concern regarding the future of synthetic biology.