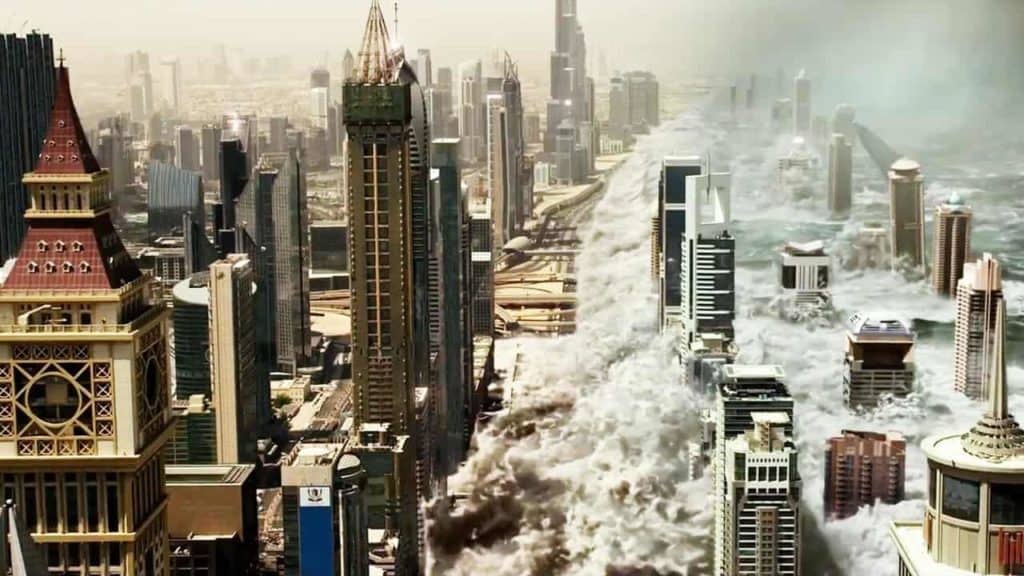 The critics at the Cahiers Du Cinema had a practice in the first decades of the magazine to let admirers of a given director review that director’s films. The thought was to give those with the best chance of seeing a film’s positive qualities the opportunity to pronounce them to the reading public, something your average newcomer might not see going in. Andre Bazin of all people criticized this practice in part because it meant good films from directors with no fans would be left abandoned and, more importantly, it could allow for the regular celebration of mediocrity and the canonization of bad films.

With all due respect to Andre Bazin, I must disagree. You see, I am one of the few unapologetic fans of Michael Bay. I find his macho sense of humour funny but see hints of self-critique throughout his oeuvre. While it took a while to master, his use of computer-generated characters in action sequences is almost above reproach in my book. And when he lets his films be joyous, they achieve emotional highs that so few blockbusters can.

He has a momentum to his filmmaking that diminishes the need for narrative cohesion, luring you into a meditative state similar to bullet-hell games. He has a style that he follows to the letter, no matter how cacophonous the sound of critics becomes. And while I’m sure some enterprising young hipster might come along and tell me that I’ve been brainwashed by the prime embodiment of the Hollywood system, I would respond that I’ve simply learned to enjoy his films for what they are. This, like the Cahiers critics, gives me a vantage point to not only enjoy films that others would dismiss, but to discern the underlying qualities of genres and styles that go ignored. 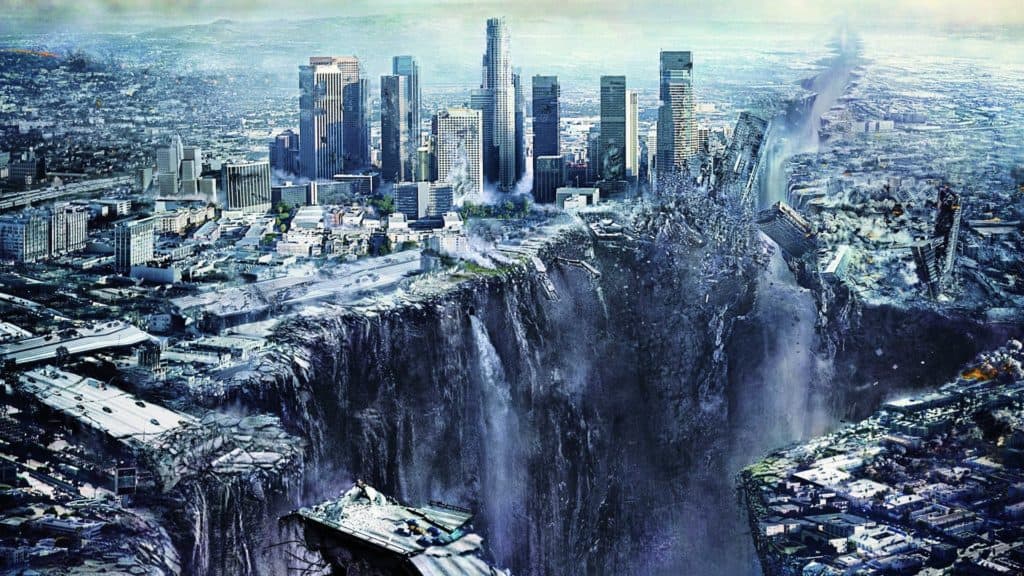 And that, finally, brings us to Geostorm, the bastard love child of Michael Bay, Roland Emmerich and Paul W.S. Anderson, with a little Jon Turteltaub thrown in for narrative gall. If you haven’t yet you should go and read Ken’s review, but these are the basics: Gerard Butler is a rock-star scientist who saved the world from climate change by coordinating the international building of thousands of satellites that control the weather. A few years in, the satellites start “malfunctioning,” potentially throwing the world into chaos through a series of natural disasters that scientists call a, wait for it, “geostorm.”

Most people have given up by this point in the synopsis. Hell, most people gave up at the announcement of the title. Geostorm is also a movie that Warner Bros has had in its pocket for almost two years after poor test screenings, reshoots and delays on top of delays.

Everything about this movie spells disaster to your average critic, and yet both Ken and I found this beautiful mess surprisingly entertaining. How could this be? Have we been duped? Or has the critical establishment underestimated the potential for real entertainment in a movie like Geostorm? 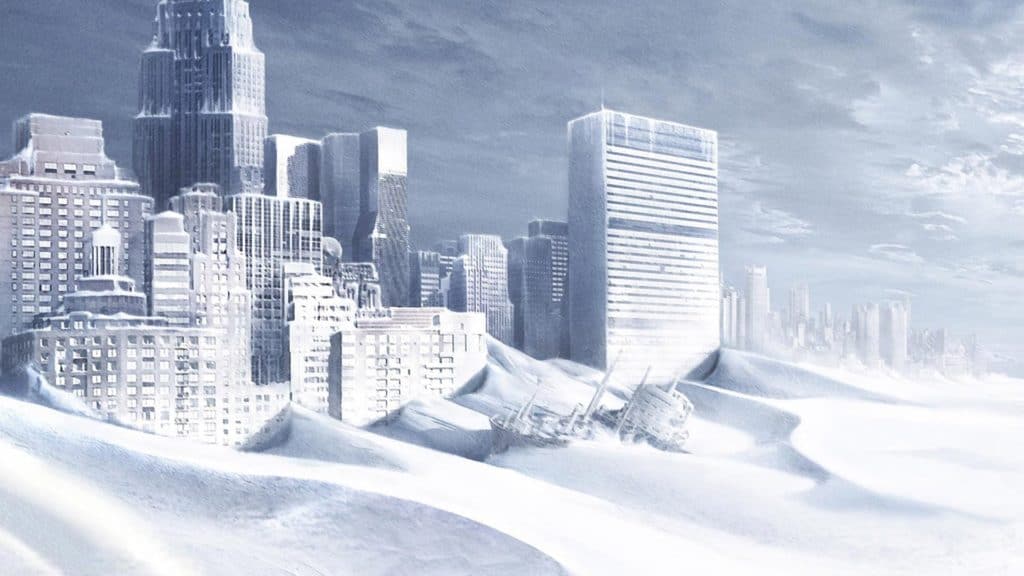 There is no way for me to rationalize the sincere absurdity that is Geostorm without assuming that the artists’ intentions are different than what we have come to expect them to be. There is no way that director Dean Devlin and the production crew of Geostorm expected audiences to be emotionally moved by the personal drama and loss of life in Geostorm. Everything is so contrived, so over the top, so silly that when the space station announces it will self-destruct midway through the movie, I burst out laughing. No movie needs this much danger to be successful, so why not look at the melodramatic antics in a different way?

How about we look at Geostorm as a commentary on, and loving homage to, the disaster movie. For instance, unlike most disaster movies, it’s not one brave man saving the day. It’s an enterprising team of scientists and patriots doing little more than having faith in each other and having the courage to get the job done.

The film doesn’t play with your emotions like some disaster films do, getting you to think they may actually kill a character only to reverse course at the last minute. The CGI also doesn’t try to be state of the art; Geostorm knows it isn’t Gravity and doesn’t feel like it’s trying to be. It even gives a winking nod to National Treasure when two characters decide that to save the world they have to kidnap the President of the United States. 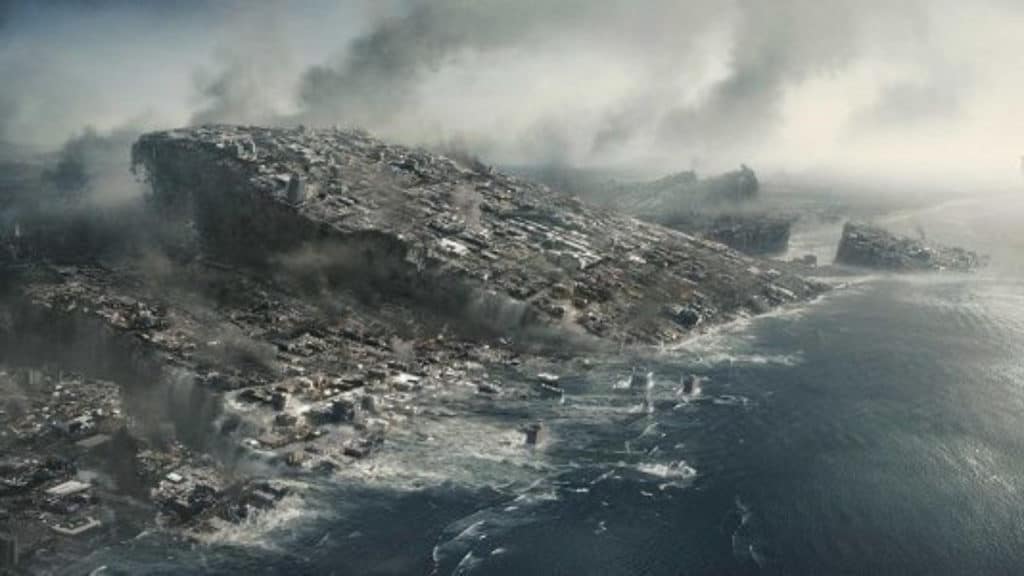 Geostorm works because it took the critiques of Armageddon, Independence Day, Volcano, 2012, San Andreas and countless other disaster movies seriously without taking the gloriously stupid fun out of the disaster genre. By highlighting the strengths and removing the weaknesses of this wonderfully terrible genre, Geostorm delivers the goods to the people who are most likely to care about it.

Nevertheless, like most films of this variety, Geostorm is likely to be the laughing stock of weekend. It will be nominated for plenty of Razzies and will be remembered most as an example of Hollywood’s inability to discern talent and originality in the age of the blockbuster franchise. But that says more about the culture of criticism than it does about Geostorm. Our inability to enjoy schlock does a disservice to the very qualities that make film fun.