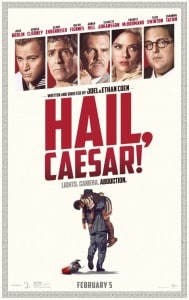 There’s something for every brand of Coen brothers fan in Hail, Caesar! Whether you prefer the zany kidnapping antics in Raising Arizona and The Big Lebowski, the Hollywood-centric satire of Barton Fink, or the religious themes of A Serious Man, it’s all here. If, like me, you’ve enjoyed nearly every Coen creation, Hail, Caesar! will be a real hoot from beginning to end.

Set in and around the goings-on at a 1950s film studio, there are opportunities to indulge in Golden Age genre tropes as we’re dropped into several current productions – all well-made and satisfying as episodic sketches, while also serving the overarching commentary and plot, however loose it may be.

Our guide through the madness is Eddie Mannix (Josh Brolin), the fixer for Capitol Pictures, who’s always moving from one issue to the next. This day’s problems include the out-of-wedlock pregnancy of swimming starlet DeeAnna Moran (Scarlett Johansson), the crossover of popular western star Hobie Doyle (Alden Ehrenreich) – who happens to be a terrible actor – into a high society drama, and the completion of Biblical Epic Hail, Caesar!, complicated by the kidnapping of star Baird Whitlock (George Clooney).

Brolin captures the duality necessary in this caper, projecting the aura of an authoritative, stabilizing force at Capitol, while himself moving and talking like a classic Howard Hawkes character. He’s the clear boss on the sets of the films within the film, and also works as the eccentric center of this Coen movieverse.

The winks to movies and moviemaking are plentiful and delightful, from using the title card of Capitol’s Hail, Caesar! for this Hail, Caesar!, to the meeting Mannix takes with four religions leaders to ensure the prestige picture’s depiction of Christ doesn’t offend any theological group. The bit plays like a joke that starts, “A priest and rabbi walk into a pitch meeting…,” and the sharp writing totally delivers on that setup. 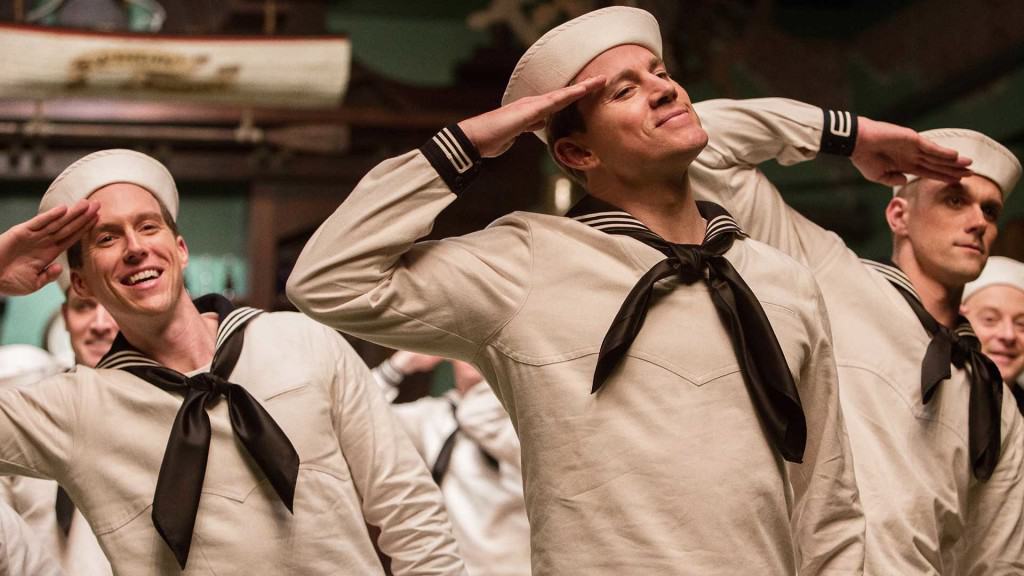 Forays onto the era-appropriate soundstages are equally satisfying. Highlights are the shell-shocked and hopeless Hobie being directed by polite and proper filmmaker Laurence Laurentz (Ralph Fiennes), and the innuendo-laden (and super impressive) dance number of Astaire-esque Burt Gurney (Channing Tatum). Both scenes are hysterical in different ways, and each shows appreciation for craft while also poking fun at the process and the artifice of it all. The period feel throughout is perfect in the language, the wardrobe, and the cinematography of frequent Coen collaborator Roger Deakins.

The only moments where the energy fizzles a bit involve the group responsible for Whitlock’s kidnapping. Their motive fits the times and the tone of the film, but explanations get a little longwinded. Playing the spacey leading man, Clooney runs out of quizzical reactions to give his captors and the gag with him not minding his prop sword before sitting down is done one or two or three too many times.

Thematically though, the mischief dovetails nicely with Mannix’s personal and professional dilemmas. He strives to be successful at a crazy workplace while also succeeding at being there for his family, so dedicated that he goes to confessional when he sneaks cigarettes or misses dinner with his wife and two kids. 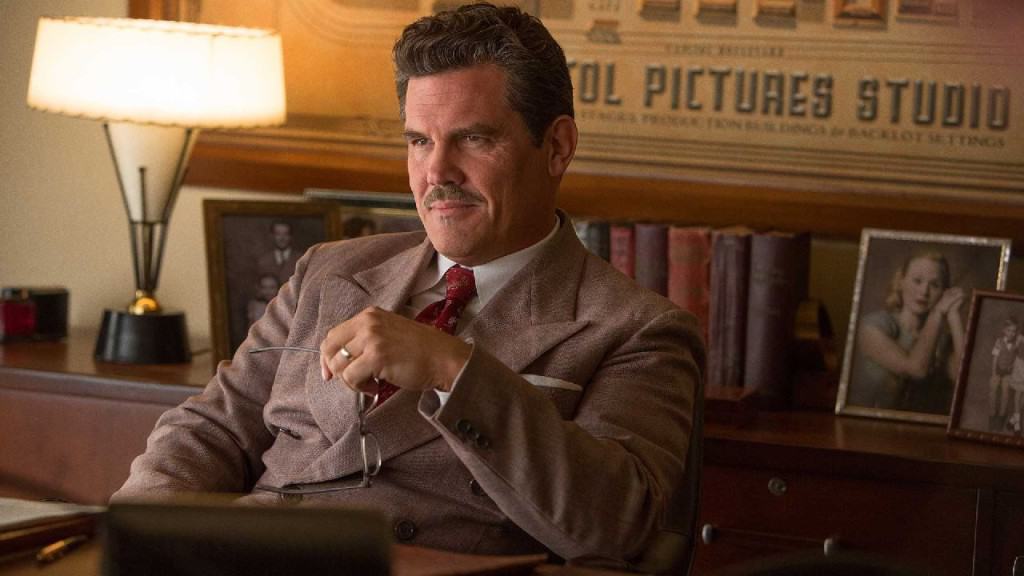 It’s fitting that the group that snatched Whitlock calls itself “The Future” – as in, Mannix gets a ransom note from The Future or a call from The Future. He’s always checking his watch as he barrels through a tight schedule; perhaps there’s something to be gleaned from the octagonal-shaped watch face. The protagonist is contemplating a job offer that would provide stability, but there’s something he loves about the chaos of Capitol. There’s a certain satisfaction in solving problems or outwitting the likes of twin sister Hollywood beat reporters (Tilda Swinton, providing two levels of haughtiness in a dual role).

It may seem slight on the surface, but the tomfoolery of Hail, Caesar! hides within it some sincere drama. There’s questioning the worth of obsessing over trivialities, where and within whom to put your faith, and other relatable quandaries. When pondering these grand ideas, you may as well try and have some fun, and Hail, Caesar! provides a lot of it.