HBO has released an official teaser for the upcoming  based-on-true-events dark comedy/drama Bad Education. Acquired by HBO after premiering at TIFF last year, the film stars Hugh Jackman as a Long Island school superintendent whose corruption is brought to light by a student journalist.

Directed by Cory Finley and based on a true story, a student reporter starts to trace embezzlement at the Roslyn School District, in Long Island after the assistant superintendent makes a crucial mistake that hints at corruption that spans over a decade.

Dr. Frank Tassone, played by Hugh Jackman serves as the superintendent of the district that he led to be the fourth best in the country. He’s forced to deal with the fallout of this scandal and attempts to protect others— and himself. 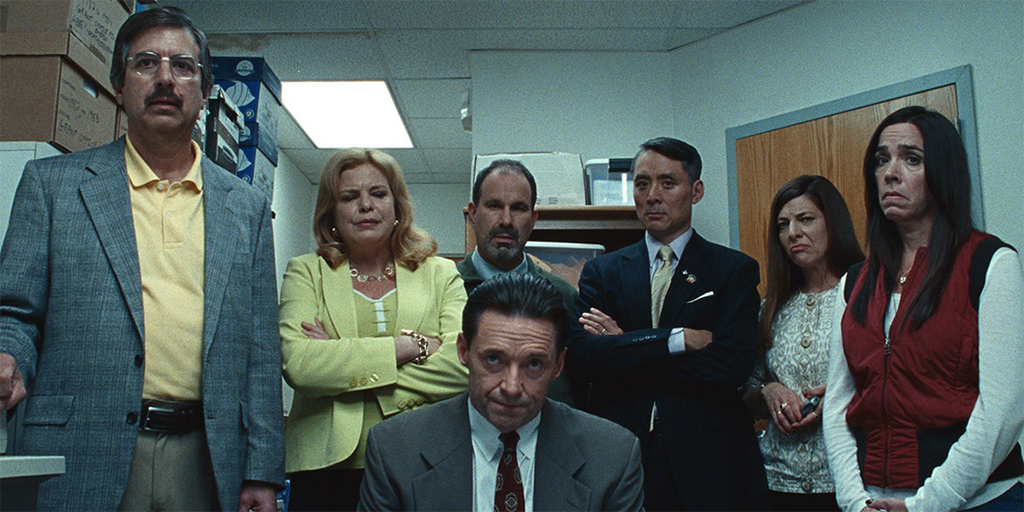